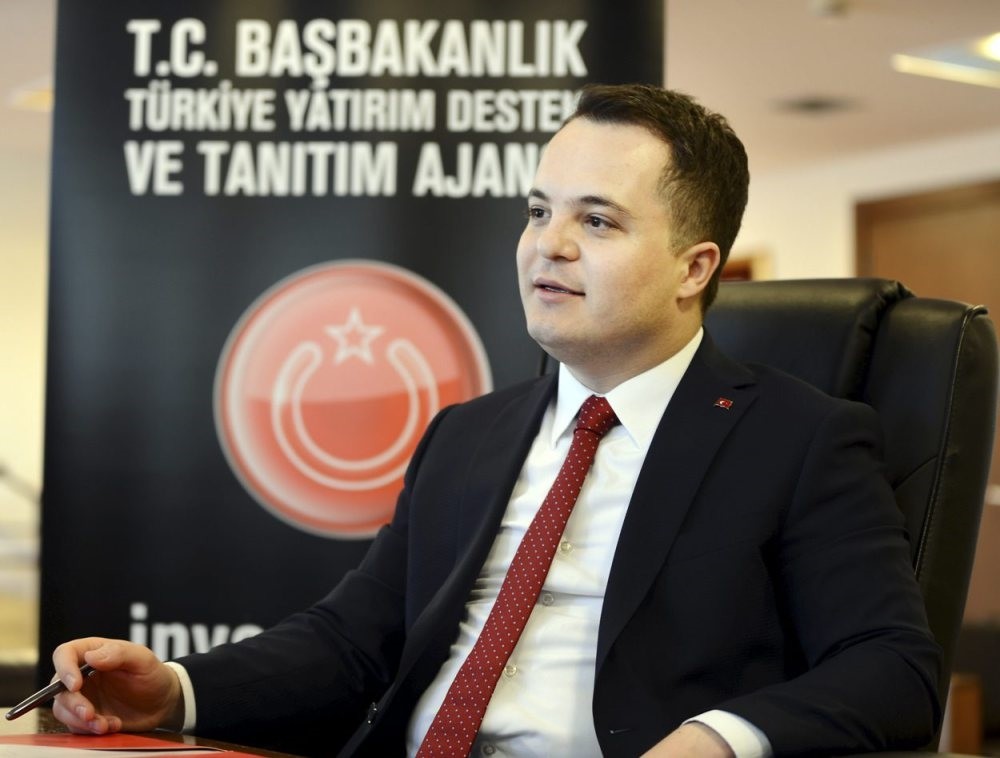 President of ISPAT Arda Ermut
by Şeyma Eraz Feb 16, 2017 12:00 am
The direct capital investment in Turkey rose to its highest in 17 months at nearly $2 billion in December 2016, with nonresidents making the greatest direct investment of $1.3 billion in banks last year. According to data from the Central Bank of the Republic of Turkey (CBRT), nonresidents made a direct investment of $6.7 billion in Turkey in 2016, 30 percent of which was made in the last month of the year.

In December, the amount of foreign direct investment (FDI) in Turkey was recorded at $1.2 billion, the highest investment amount recorded over the past 17 months. The FDI soared by 446 percent in December 2016 compared to the previous month and by 37.4 percent compared to the same period in 2015.

In 2015, the direct investment of nonresidents in Turkey stood at $12.1 billion.

"Thanks to the recent reforms implemented and incentives introduced in Turkey, we have experienced a considerable amount of recovery in total FDI in 2016. In the first half of 2016, the FDI in Turkey declined almost 50 percent year-on-year, affected by global contraction," said Arda Ermut, the president of the Investment Support and Promotion Agency of Turkey (ISPAT), to Daily Sabah. "We have regained momentum in foreign direct investments thanks to the measures taken and the confidence provided in the wake of the July 15 failed coup attempt. As a matter of fact, we have closed 2016 with an FDI amount of $12.1 billion. The $3.6 billion worth of investments in the last quarter played a key role in the overall FDI amount. Furthermore, we were expecting to close the year with only $10 billion of FDI due to the temporary shocks over the course of 2016, but the recovery was quicker than we had expected," he added.

Highest investment came from the U.K.

The highest direct investment in Turkey last year was from European countries with a total of $4.265 billion in 2016 compared to $7.98 billion in 2015.

Among European countries, the U.K. became the country with the highest foreign direct investment in Turkey, investing $961 million in 2016 followed by the Netherlands with $956 million, Germany with $430 million, and Spain with $409 million.

The U.S. made $391 million in direct investments last year.

As in the entirety of 2016, the U.K. was the top country in terms of foreign direct investment with $444 million reported in the last month of 2016, followed by the Netherlands with $394 million, China with $300 million, Qatar with $285 million and Azerbaijan with $175 million.

One-fifth of FDI made in banks

Nonresidents made the highest foreign direct investments in banks in 2016, with FDIs totaling $1.271 billion made in banks last year.

Among last year's total direct investments, 19 percent were made in the banking sector, 10.6 percent ($715 million) in the electricity, gas, steam and air conditioning production and distribution sector, 9.1 percent ($611 million) in the wholesale and retail trade sector and 8.9 percent ($598 million) in the transportation and storage sector.
RELATED TOPICS