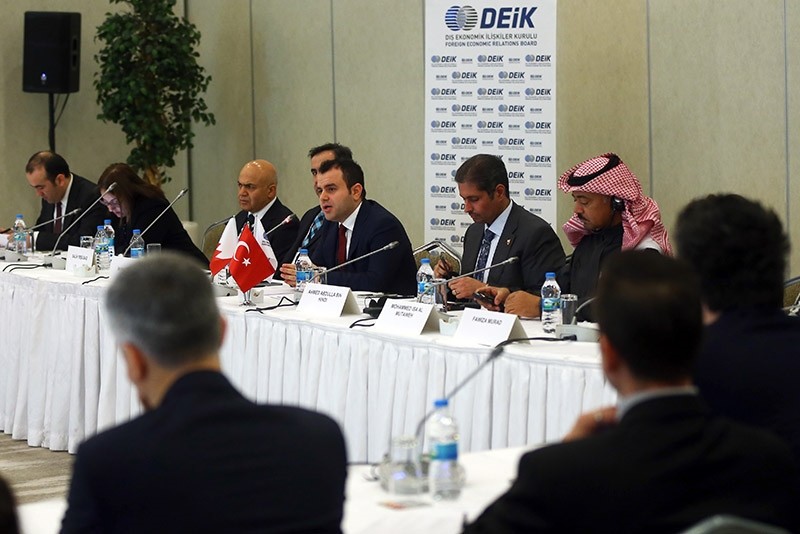 "We plan to visit Bahrain at the end of this month or early April. Our goal is to improve warm relations between the two countries, which will hopefully lead to an increase in mutual trade volume," Muhammet Uğurcan Barman said at a Council meeting in the Turkish capital, Ankara.

Barman said that Bahrain was the only Gulf country which had a free trade agreement with the U.S. and Turkish companies could use Bahrain as a trade base.

"In Bahrain, you can establish a company with 100% foreign capital. This shows that Bahrain has a higher standard of living and is more developed compared to other Gulf countries," he added.

Turkey's exports to Bahrain stood at $193.2 million in 2016, according to official data from the Turkish Statistical Institute (TurkStat). Imports from Bahrain amounted to $127.7 million at the same period.

In the last 10 years, Turkey's exports to Bahrain totaled $1.66 billion, while its imports stood at $1.28 billion.

Ahmed bin Hindi, chairman of Bahraini-Turkish Joint Business Council, for his part, said that Bahrain provided significant opportunities for foreign investors as he described the country as the "gateway" to the Gulf region.

Erdoğan visited Bahrain on February 12, as a part of Turkey's drive to forge economic ties with Gulf nations, including Bahrain, Saudi Arabia and Qatar.

Hindi said that during Erdoğan's visit, several memorandums of understanding were signed between the two countries in education, economy, energy and defense.

He also noted that the trade volume between Bahrain and Turkey was on the rise, but it was not yet at the desired level, calling on Turkish businesses to invest in the country.

"Turkish companies have the opportunity to use Bahrain as a hub."

"We suggest that you do not miss the train, and become one of the first companies to come to Bahrain," he said.