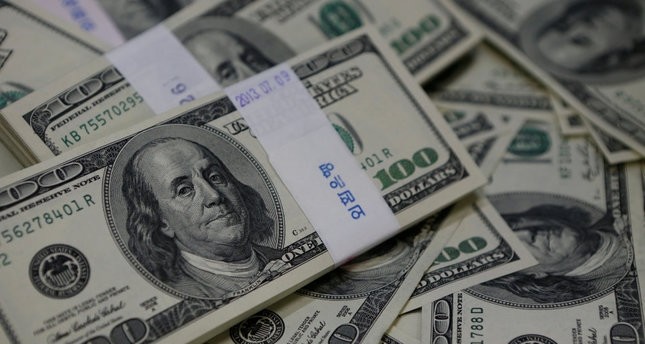 After the statements of Fed officials, which strongly hint at an interest rate hike in the March meeting, and U.S. President Donald Trump's speech about fiscal policies, the dollar spiked against emerging market currencies

The dollar ticked up yesterday as Federal Reserve policy-setters fanned expectations of a rate hike this month, while U.S. President Donald Trump offered Congress little details on his stimulus as some investors had expected.

The dollar index, which measures the greenback against a basket of six major peers, was last up 0.2 percent at 101.57.

In a long-awaited speech to Congress, Trump opened the door to a broad overhaul of the U.S. immigration system and vowed to pursue massive tax relief for the middle class but stopped short of giving details.

"There was no mention of the size and the schedule of his tax cuts and spending. He just repeated what he had said," said Daisuke Uno, chief strategist at Sumitomo Mitsui Bank.

"So the dollar would have been sold on disappointment but in reality a barrage of comments from the Fed this morning overwhelmed that," he added.

Earlier, the U.S currency had risen after a handful of Federal Reserve policymakers boosted expectations for a March interest rate increase.

John Williams, President of the San Francisco Fed, said that a rate increase was very much on the table for serious consideration at the March meeting given full employment and accelerating inflation.

Money market futures were now pricing in about a 70 percent chance of a rate hike in March, compared to about a 30 percent or less at the start of the week.

"Before Trump's speech, investors were reluctant to fully price in the increased possibilities of a March rate hike. But now that it's over without turbulence, the dollar is extending its rally," said Kumiko Ishikawa, FX market analyst at Sony Financial Holdings.

U.S. Treasury yields ticked up with a boosted prospect for a March rate hike. Benchmark U.S. 10-year Treasury note yields last stood at 2.422 percent, up from 2.358 percent on Tuesday.

"The widening interest rate differential between the U.S. and Japan helped the dollar versus the yen," said Junya Tanase, chief currency strategist at JPMorgan Chase Bank.

U.S. economic data released on Tuesday showed a moderate growth path, as the economy expanded at a slower pace in the fourth quarter, in line with last month's estimate.

The Mexican peso, seen as the most vulnerable to Trump's protectionist policies and harsh rhetoric, also took his speech in stride. The peso was little changed at 20.097 per dollar.

Currency markets for export-reliant economies largely shrugged off data showing China's factory activity had expanded at a faster rate than expected in February.

The dollar in Australia, where China is its biggest export market, steadied at $0.7668. Meanwhile, the New Zealand dollar nursed some losses to a stronger dollar. The Kiwi was last down 0.8 percent at $0.7134.
RELATED TOPICS