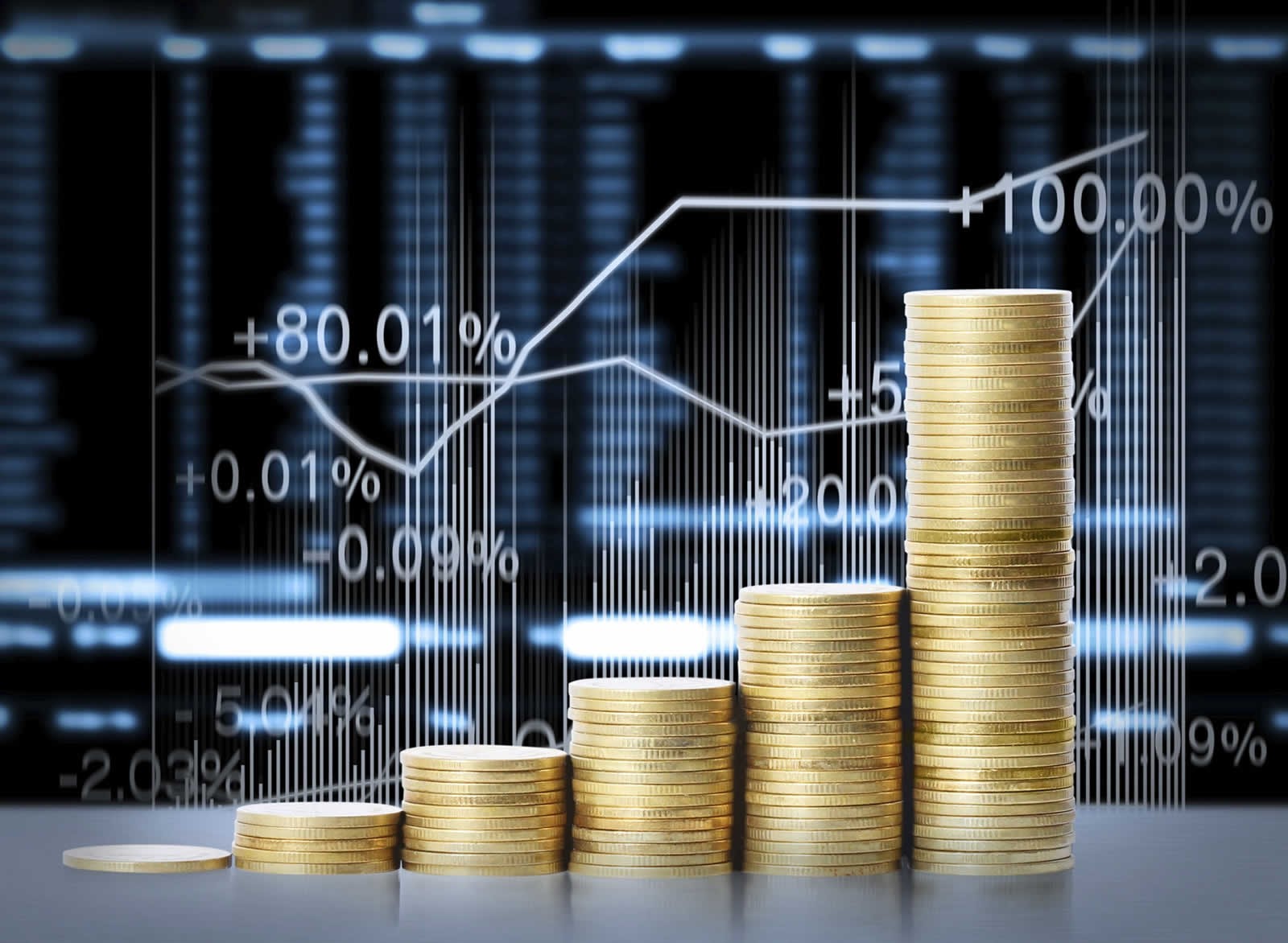 Speaking to Daily Sabah in an exclusive interview, Director General and the Chairman of the Board of the Turkey's Sovereign Wealth Fund Mehmet Bostan explained the structure, scope and objectives of the fund, highlighting the fund's potential to be an ambitious player in domestic and international capital markets

In August 2016, Turkey witnessed the institutionalization of a new initiative that had not been seen in the country before.

Established with a view to surmounting the structural problems of the economy, thus enabling Turkey to form a more robust financial mechanism that could finance the country's mega infrastructure projects, such as the Istanbul New Airport, Kanal Istanbul, nuclear power plants as well as energy investments, Turkey's Sovereign Wealth Fund (SWF) guarantees the country's major assets and is projected to operate both in national and international markets. 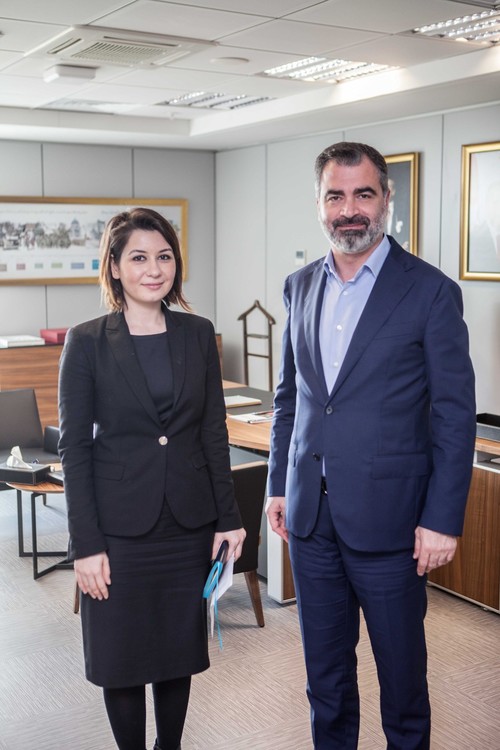 Although the concept of a SWF is a recent phenomenon in Turkey, it is a more than 50-year-old worldwide establishment with the first one founded in Kuwait in 1953 so as to manage the excess oil revenues. In today's world, there are more than 80 SWF around the world in around 50 countries with a total value of approximately $8 trillion, as Mehmet Bostan, the Director General and the Chairman of the Board of the Turkey SWF, confirmed in an exclusive interview with Daily Sabah, in which he elaborated on the structure, scope and objectives of the Turkey's SWF.

Since its establishment and the transfer of the Treasury shares of such companies as Turkish Airlines (THY), Halkbank, Ziraat Bankası, Borsa İstanbul (BİST), the Petroleum Pipeline Corporation (BOTAŞ) and a number of other key state-run enterprises, both Turkish and world papers and wires released a great deal of news about what kinds of initiatives and activities the fund will perform to lure investments.

According to the latest financial data released by the Treasury, the total value of the assets transferred to the fund, which set out with an initial capital of TL 50 million ($13.5 million), hovers around $160 billion as previously announced by Undersecretary of the Treasury Osman Çelik. The amount of the dividends have reached TL 1 billion ($280 million) and the value of the external resources of the fund approximately corresponds to $35 billion. Yet, the fund management has released no official data on the value of the fund. Director General Mehmet Bostan indicated that the fund is still working on the valuation of the total assets.

The law that established Turkey's SWF stipulates that the fund will contribute to the diversification of capital market instruments. In relation to this provision, one of the possible ways that the fund could further deepen the capital markets is its collaboration and participation in the Istanbul Finance Center (IFC), for which Turkey initiated the institutionalization activities in 2009 and is expected to operate around 2020.

"The work on the Istanbul Finance Center has been going on for a while. The participation of an ambitious player like us [the Turkish Sovereign Wealth Fund] in this project and its operation in the Turkish financial world will yield profound contribution to the economy. We will bring this contribution to capital market. As Turkey's Sovereign Wealth Fund, we could be a significant platform to invite foreign investors to the Istanbul Finance Center," said Mehmet Bostan, when asked how the fund would cooperate with the IFC in enriching and deepening the capital markets to boost foreign direct investment.

Indeed, particularly drawing fixed investments in addition to portfolio investments, which is another important investment type that the fund aims at, is one of the objectives of the fund, Bostan noted and added that the fund will constitute an important platform for bringing these investments to Turkey through its structures as well as advantages and exemptions it offers.

Stating that the work on the IFC has been going on for years, Bostan pointed out that Turkish SWF itself may be considered one of most palpable initiatives of the IFC given the fund's objective, potential and goal to expand portfolio investments and develop further capital market instruments. In that regard, the fund emerges as a significant need in its capacity both as an investor and an institution that will encourage foreign and domestic investments.

"There was in fact a need for such a powerful player, which has a great state support, a player that introduces structured products to the market, an investor and a platform in which investors can partake," said the fund's director, highlighting the extensive capacity of the fund to boost the investment environment.

The auditing issue has been a major topic of criticism directed to the fund since its establishment. These criticisms have been largely based on the grounds that the fund will not be subject to an auditing process by the Court of Accounts, the state body that carries out financial, compliance and performance audits of public administrative bodies.

"We have a three-staged audit structure. The first stage is an independent audit system governed by international standards. The second stage is the audit procedure executed by an audit team appointed by the prime ministry and the third stage includes the submission of reports emerged from the first two stages to the Cabinet and the Plan and Budget Committee of the Turkish Grand National Assembly. Accordingly, we can say that the audit process of the fund consists of four stages," Bostan said, explaining the details of the auditing structure through which the fund will undergo.

Furthermore, indicating that a transparent governance and audit model will be adopted, Bostan also underscored that the audit by international institutions, which will be carried out in accordance with the globally accepted standards, will be a first for most of the companies including the fund's portfolio.

With regards to the governing principles that the fund will follow, Bostan highlights that the fund will be governed in accordance with the Santiago Principles sovereign funds that are members of the International Forum of Sovereign Wealth Funds voluntarily endorse. These principles, according to the forum, are designed to promote good governance, accountability, transparency, prudent investment practices, all of which Bostan emphasized that the Turkish SWF will abide by whilst ensuring compliance and optimum governance.

"Our goal here is to introduce a governance model that operate with the highest global principles, a transparent, accountable and performance driven model, on which we are currently working. The primary necessity for us is to create a correct structure," the fund director explained. Accordingly, the foremost principles that the fund will follow emerge as transparency, accountability, compliance and utmost performance.

Framework agreements with other funds

As stated in many occasions both by the relevant ministers and Director General Mehmet Bostan, the fund aims to be the engine of the Turkish economy by creating and paving the way for investments the economy requires and the drawing investments through collaborations with other funds, investors and investment banks around the world. In that regard Turkey's fund has been contacted by international investors and sovereign funds since its establishment, Bostan confirmed.

"We are developing relations with the investment funds of other countries; they want to work with us. They are enthusiastic about making investments in Turkey. We are in contact with them and drawing up framework agreements in collaboration," Bostan said, pointing out the potential to lure foreign direct investment to the projects that will drive the growth of the Turkish economy.

Narrating the main objectives of the fund, Bostan highlighted three basic goals the fund aims to accomplish. First, the institution aims to add value to the public assets and bring them to the economy. The second, Bostan states, is to finance the investments that Turkey requires and create investment models that will improve the economy and growth, while also encouraging and increasing savings. Facilitating the growth of capital markets in Turkey and diversifying the assets therein constitute the third main objective of the fund, according to Bostan.

In addition to listing these objectives, Bostan also explained the three requirements to accomplish these goals. While a correct structure is the first requirement, designing the most suitable human resource that will govern Turkey's public assets constitutes the second need. The continuity of the support of the Turkish people and the presidency, which has been supporting the fund from day one, is the third requirement, Bostan pronounced.

"Our goal at the fund is to give a great value to our children and grandchildren," said the fund director, underscoring that the wealth fund is an important transformation Turkey experiences and expressed that they, as the wealth management, want to present this transformation to Turkey and its people as the fund aims to bequeath a profound added value to next generations.
Last Update: Mar 06, 2017 12:52 pm
RELATED TOPICS