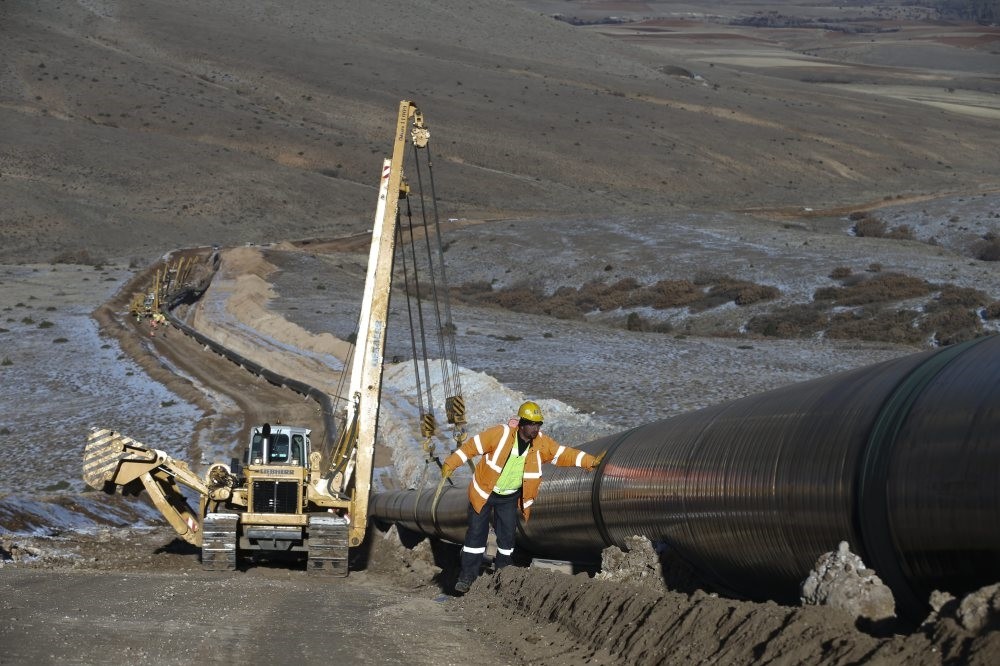 Anar Mammadov, the general manager of Petkim Petrokimya Holding A.Ş., announced that the Trans Anatolian Natural Gas Pipeline Project (TANAP) will help to address the current account deficit, the most serious problem in the Turkish economy, and provide the country with natural gas supply security.

Mammadov said that the State Oil Company of Azerbaijan (SOCAR) is now Turkey's biggest foreign investor, saying that they do not feel like outsiders to Turkey, and that Turkey is a very close and friendly country to them.

Noting that SOCAR has invested in many countries around the world as an international company, but the largest volume of these investments is concentrated in Turkey, Mammadov stressed that they trust the Turkish economy.

The Petkim general manager also said that in Turkey, which they regard as having great potential, they have invested a total of $18 billion. He went on to say that $11 billion of that has been completed and they plan to complete all their projects by 2020.

Anar Mammadov stressed that TANAP, which aims to transfer the natural gas produced in the Shah Deniz 2 field in Azerbaijan's Caspian Sea and other fields in the southern part of the Caspian Sea primarily to Turkey and then to Europe, will also make significant contributions to the two countries.

Stating that first stage will be commissioned in 2018 and is planned to be completed in 2020, Mammadov underscored that TANAP and other projects will help reduce the current account deficit, which is the most important problem in the Turkish economy.

According to Mammadov, only the SOCAR Turkey Aegean Refinery (STAR) will facilitate a 3.5 percent decrease in the current account deficit and that the Petkim Container Port (PETLİM) will enable higher tonnage vessels to come to the Aegean region thanks to its depth, therefore reducing transportation fees.

Funding worth $2.15 billion in external financing for the Trans Anatolian Natural Gas Pipeline (TANAP) project, which is estimated to cost $8.5 billion, has been secured.

Additional financing of approximately $1.5 billion from the European Bank for Reconstruction and Development (EBRD) and the European Investment Bank (EIB) is expected to be approved for the project in the upcoming period.

In February, an agreement for a $400-million loan, issued by the World Bank to the

Another $400 million was allocated to the South Gas Corridor Inc. (SGC), the biggest shareholder in the project.

In addition, $600 million in financing was approved for the SGC by the Asian Infrastructure Investment Bank (AIIB), which was co-founded by Turkey in an initiative led by China.
Last Update: February 02, 2020 02:23