US businesses seek action, not trade war, in Xi-Trump summit 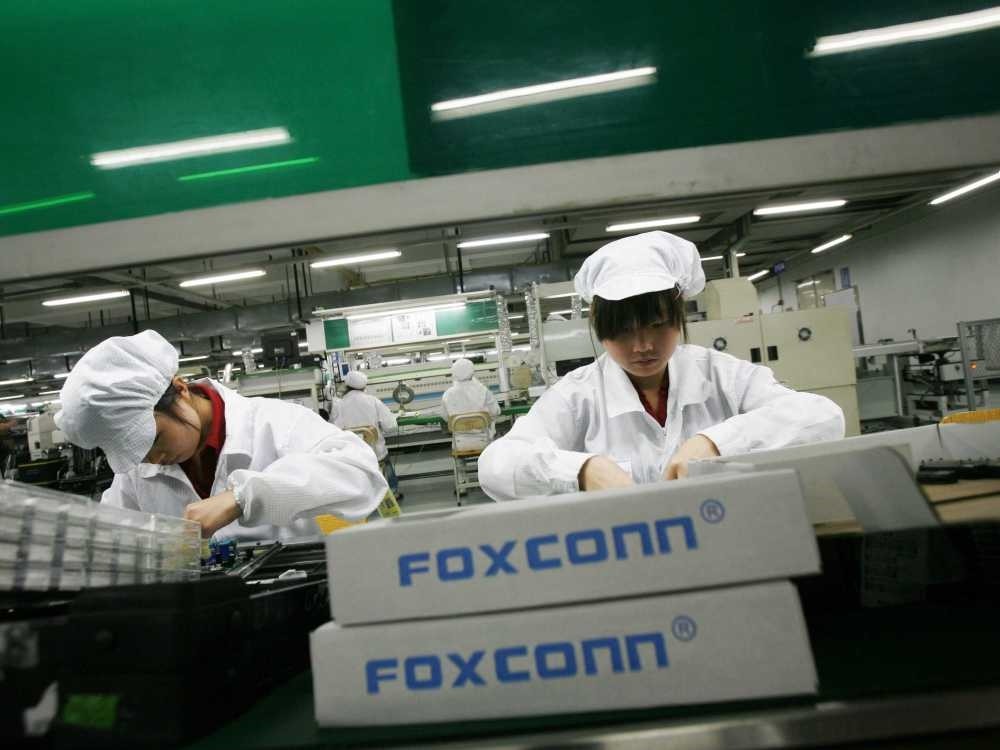 Workers on the production line at the Foxconn complex in the southern Chinese city of Shenzhen. The company manufactures Apple's iPhones.
by Apr 05, 2017 12:00 am

The Trump-Xi encounter is expected to address disputes over trade policy between the world's two most powerful nations and leading economies while some U.S. companies, particularly steel firms, complain about trade terms with China

Although worried about the prospect of a trade war, American businesses operating in China nonetheless want President Donald Trump to wring some concessions on market access from China's leader Xi Jingping when the two meet this week.

Trump warned in a tweet last week the meetings at his Mar-a-Lago resort on Thursday and Friday will be "very difficult" and "American companies must be prepared to look at other alternatives."

Trump has said he wants U.S. companies to stop investing in China and instead create jobs at home. He has also accused China of manipulating its currency to boost exports.

Critics within U.S. industry have accused China of unfair government subsidies to its companies, and of flooding the U.S. market with cheap products from steel to solar panels, while restricting foreign investment over vast swathes of the world's second-biggest economy.

But they also worry Trump's policies on China are not entirely clear, with his trade team still not in place, and may be subject to a 'grand bargain' involving other issues such as North Korea.

Trump is set to enter the meeting without several key advisors, including his pick for trade negotiator, Robert Lighthizer who has yet to be confirmed by Congress. His nominee as ambassador to China, Iowa Governor Terry Branstad, has also yet to be confirmed, while several posts in the U.S. State Department that formulate Asia policy remain unfilled.

Some of the largest U.S. companies have contributed to the billions of dollars of foreign direct investment that have poured into China over the past two decades, creating hundreds of thousands of jobs. They include tech companies like Apple, which makes much of its iPhone in China, automakers such as General Motors and Ford, heavy machinery firms like Caterpillar, retailers like Starbucks and makers of shaving foam and detergent, like Procter & Gamble.

U.S. steel producers want Trump to press Xi on Chinese steel prices, according to a source who has been in discussions with the administration in advance of the summit.

U.S. automakers complain about a disparity in tariffs: The United States has a 2.5 percent tariff on auto imports, China's is 25 percent. But the stakes are perhaps highest for American technology firms, who worry that China's new cyber-security law, which takes effect in June, sets potentially discriminatory standards for multinationals.

The Information Technology & Innovation Foundation (ITIF), a think-tank whose board includes representatives from Apple, IBM Google and other tech heavyweights, has urged the Trump administration to pressure China to "stop rigging markets". It warned that possible retaliation from Beijing was not a reason for inaction.

Trump signed two executive orders on trade on Friday, one to improve import tariff collection and another to study the causes of the U.S. trade deficit. Trump said at the White House signing ceremony he and Xi were "going to get down to some serious business" and vowed that "the theft of American prosperity" by foreign countries would end.

China tops the list of countries who have trade surpluses with the United States, with a $347 billion surplus last year.

Some in the U.S. business community worry about tit-for-tat retaliation in trade disputes with China.

The list of commercial issues between the two countries was so long, it would be impossible to make a major dent in them with one meeting, he said.

China is the largest export market for U.S. soybean producers, accounting for 62 percent of U.S. soy exports in 2016 with a value of over $14 billion, leading some experts to suggest the sector could be particularly vulnerable to retaliation.

Steve Censky, chief executive of the American Soybean Association, told Reuters he hopes Trump will take a "prudent" approach to the trade relationship and address any issues in a "workman-like manner", recognizing that both countries have a lot to lose if the relationship suffers.