US job creation tumbles in March; unemployment falls to 4.5 pct 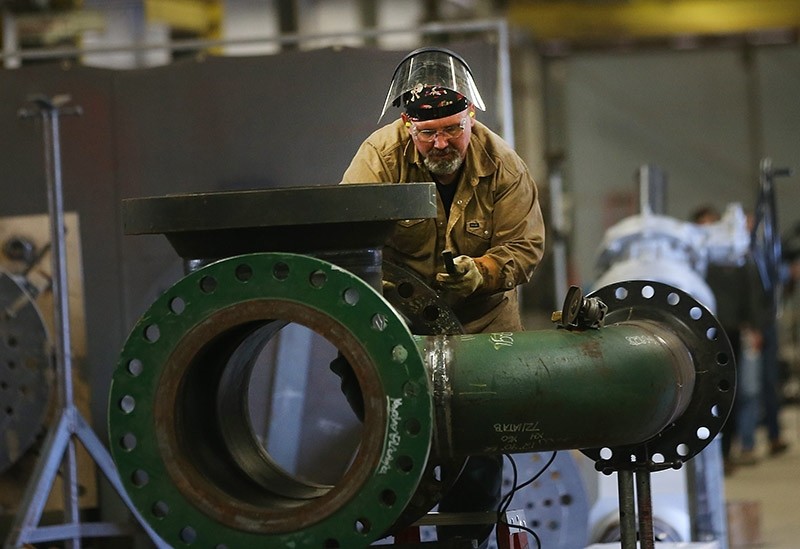 After months of pumping out new jobs at a steady clip, the world's largest economy added only 98,000 net new positions, the Labor Department reported -- a figure far below analyst expectations.

Economists had expected a falloff in hiring in March after job gains in January and February had averaged a robust 237,000. Those increases had been fueled partly by strong hiring in construction, which occurred because of unseasonably warm winter weather.

The economy appears to have slowed in the first three months of the year, though most economists expect a rebound in the current April-June quarter.

Consumer and business sentiment has soared since the November presidential election, but the increased optimism hasn't yet accelerated growth. Consumers actually slowed their spending in January and February, when adjusted for inflation. Any such pullback tends to exert a drag because consumers account for about 70 percent of the economy.

Businesses have been ordering more high-cost manufactured good since fall, a reflection of stepped-up investment. But those orders slipped in February and remain below levels of a year ago.

Still, some areas of the economy are humming: Developers are building more homes, with construction starts up 7.5 percent in January and February compared with a year earlier. And home sales reached their highest level in a decade in January before slipping a bit in February.

What's more, for the first time in years, overseas growth stands to boost the U.S. economy. Germany's factories enjoyed a surge in orders in February. The rest of Europe, as well as Japan, is reporting faster growth, and China is stabilizing after fears about its outsize debts roiled markets last year.

Many economists expect hiring to fall back eventually to last year's pace or even lower as the unemployment rate declines and companies struggle to fill jobs. Yet hiring could remain strong if more Americans come off the sidelines and start looking for work again. The proportion of Americans who are either working or looking for work remains far below pre-recession levels.