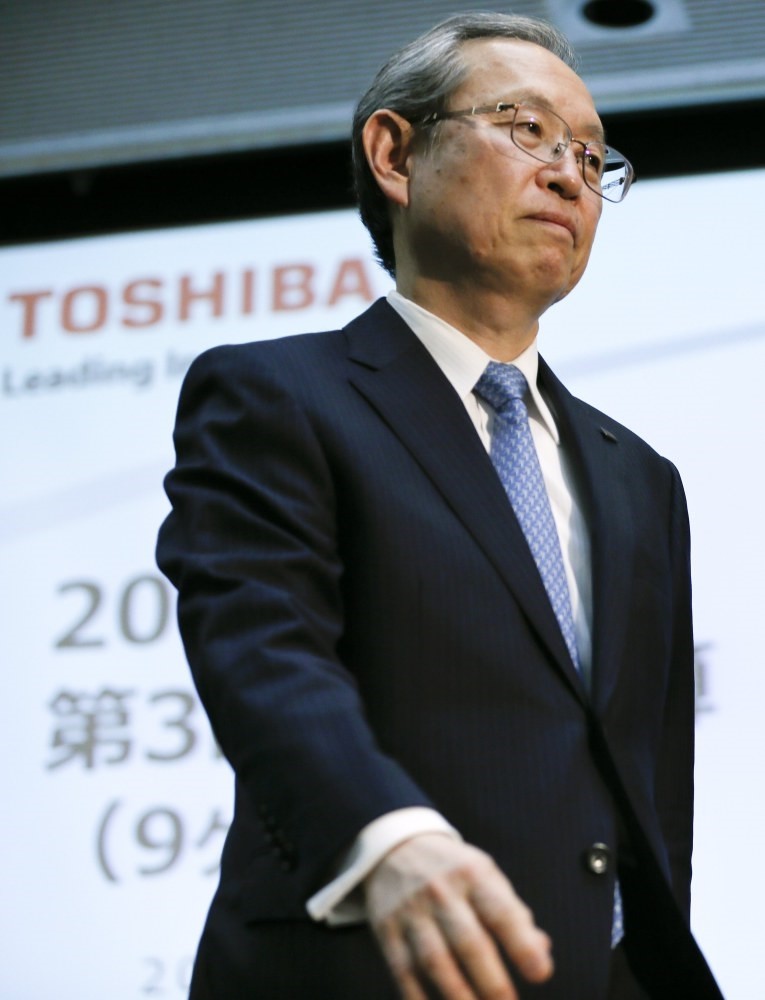 Tokyo-based Toshiba's unaudited results showed it racked up a 532.5 billion yen ($4.8 billion) loss for the April-December 2016 period. "There are material events and conditions that raise substantial doubt about the company's ability to continue as a going concern," the company said in a statement.

In February, the company, whose products include computer chips and household appliances, had forecast a 390 billion yen ($3.5 billion) loss for the fiscal year. Its auditor, PricewaterhouseCoopers Aarata, said it could not reach a conclusion in its review of the figures because of uncertainties related to the acquisition of U.S. nuclear construction company CB&I Stone and Webster.

Toshiba was among Japan's most prestigious companies for decades. In recent years it has been selling off some of its most prized businesses to survive. Costs soared after the March 2011 nuclear disaster in Fukushima, because of growing safety concerns and stricter regulations. A souring of sentiment toward nuclear power in some countries, weaker oil prices and the growing appeal of natural gas have also hurt its nuclear energy-based business strategy.

Meanwhile, the company's reputation has been tarnished by a scandal over doctoring of accounting books to meet unrealistic profit targets.

Toshiba still faces the challenge of decommissioning the Fukushima Dai-ichi nuclear plant, which sank into multiple meltdowns after the 2011 tsunami in northeastern Japan. Its chairman resigned to take responsibility for the mess and its president, Satoshi Tsunakawa, has said the strategy based on Westinghouse was a mistake. He has also promised the company will not take on new nuclear projects.