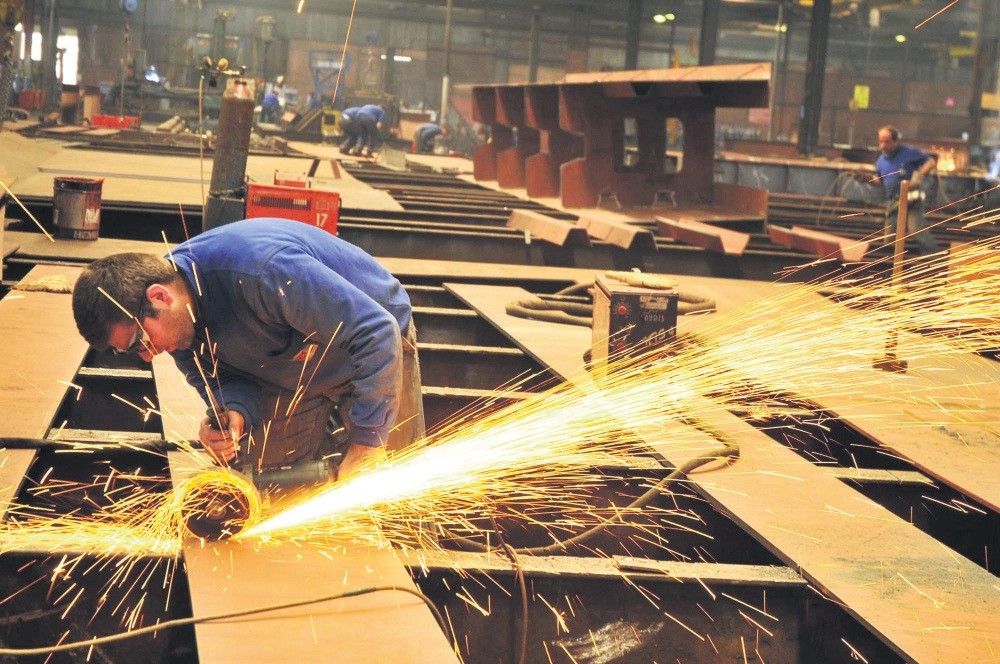 The constitutional amendment to be voted at the weekend will bring about a new governance system. Setting aside the hot debate over the political outcomes of the new system, its pledges for the Turkish economy bring forward an investment-friendly environment not stricken by bureaucracy, yet empowered by the executive body

Poised to go the ballots on Sunday, Turkey will decide on the constitutional change that devises a presidential government system. In addition to the political outcomes of the new system, the real question on many people's minds is what the new system will bring to the Turkish economy. The most emphasized answer underscores that it will stir economic reforms, outpacing those that have been accomplished so far. The road to constitutional change, which is due on April 16, has been a tumultuous, yet exciting period for Turkey. Both the authorities governing Turkey and the Turkish people are waiting for what the post-referendum period will bring to the country. As the processes are so dominated by the explanations of the political structure, the economic aspect of the presidential government system has been underemphasized. When asked about the contributions of the new system to the Turkish economy, the prominent names of the Turkish investment and business world highlight that the new system will both crown the reforms the government has realized over the last 15 years and ignite a series of reforms that will alleviate a lot of the burden carried by investors.

Speaking to Daily Sabah, President of Investment Support and Promotion Agency of Turkey (ISPAT) Arda Ermut highlighted that Turkey's referendum on the constitutional change will be a milestone for the facilitation of more reforms that will earn momentum to Turkey's investment.

Working on the improvement of the investment environment in Turkey and striving to facilitate the bureaucratic processes foreign investors encounter during an investment, ISPAT regards the new presidential government system as a great step to accomplish reforms that will attract more investments to Turkey.

Stating that a large portion of the difficulties foreign investors face ensue from the prolonged bureaucratic processes, Ermut said, "The presidential government system will enable a more grounded governance system as well as a more stable executive presidency, which will accelerate the decision-making processes regarding investments."

"A more accelerated process will in return yield positive impacts on the inflow of foreign direct investment, which Turkey will observe starting from this year," Ermut emphasized.

Noting that regional instability and domestic political environment in Turkey in recent years have been big drags on the Turkish economy, Ermut underscored that investors are eager to invest in an environment where they can operate their businesses with predictability, not in an environment obstructing their operations with overwhelming bureaucracy and political instability. In that regard, he added, "A system that will enable the state to function more efficiently is always desirable for investors."

"The presidential government system is a very promising one, because it is governance structure more sensitive to the investment processes in which decisions are taken fast, all public institutions work more effectively in accordance with a stronger executive power," the ISPAT president indicated.

Drawing attention to the advantages of a more coherent and stronger executive body, Ermut noted that an executive power in which all relevant entities and institutions work with the utmost productivity without the hindrance from an inert bureaucratic mechanism, which President Recep Tayyip Erdoğan also wants to remove in order to give momentum to the investments, will ease the burden of investors, hence creating a more investor-friendly environment.

Exporters hopeful about the new system

"As one of the prominent nongovernmental organizations (NGOs) in Turkey and the representative of Turkish exporters, we are hopeful for Turkish exports," Büyükekşi noted. "In the new system, in which bureaucratic burdens are eased, economic policies are governed through a strong executive and decision-making mechanisms work more swiftly and efficiently, we heartily believe that our exporters will work more productively."

The TİM chair also emphasized that the operations to artificially create a negative perception of Turkey abroad will change in the new system as it will endow Turkey with more power in the region not only in political and diplomatic terms, but also in terms of foreign trade.

A milestone for shifting axis of global economy

Youth Council of Independent Industrialists' and Businessmen's Association Chairman (Young MÜSİAD) Engin Akdağ stated that political stability is at the forefront of ensuring and maintaining trust in the economy. Therefore, he added, the "referendum process" in our country is the milestone of a conjuncture in which the axis of the world economy is now shifting towards the East.

"In this important process, we, as young businessmen, support the state incentives to encourage the real sector for investment and employment, ease its hand and lighten its burden. Significant support has recently been announced by the government, particularly the Centers of Attraction Program. We think that incentives to support the sector will bring confidence and momentum to the real sector after the referendum," Akdağ highlighted.

The Young MÜSİAD chairman emphasized that support for the production of sectors that cover our investment, production, employment and export targets as a whole will help to achieve institutional cooperation with the real economy.

"Additionally, we see that the need for structural reforms to reach the 2023 targets is increasing day by day. For this reason, the existing incentive system should be supported by the structural reform agenda and investment incentives given to our relatively less developed regions need to be intensified," Akdağ said, explaining the importance of reforms for Turkey to accomplish its 2023 vision.

He said development is shaped by progress and progress by entrepreneurship in today's economy.

"In this context, the fact that our country is among the countries with the highest entrepreneurial potential is an important advantage on the way to development," he continued.

Citing a survey by the Global Entrepreneurship Monitor, which outlines that 53 out of every 100 people in Turkey have entrepreneurial qualities and that the proportion of people who consider entrepreneurship as a career is higher than the average of developing and developed economies, Akdağ indicated that in light of this data that Turkey is a very important potential in the name of the "entrepreneurial spirit."

"Therefore, we believe that the new system will cater to this entrepreneurial spirit of young Turkish businessmen and pave the way for a more investor-friendly environment with various incentive programs and an eased bureaucratic processes," Akdağ concluded.

Now, it is the turn of the Turkish people to voice their economic expectations from the new presidential government system.