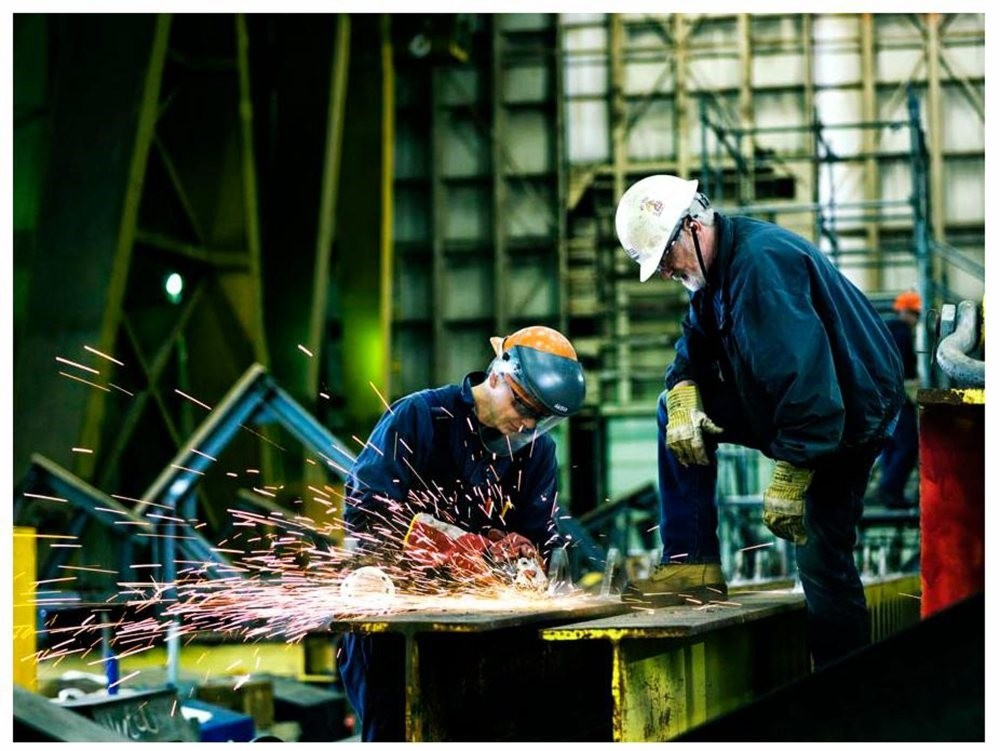 Following the result of the constitutional referendum, the Turkish business world expressed their belief that the decision will accelerate the country's development process.
by Daily Sabah Apr 18, 2017 12:00 am

Emphasizing that Turkey voiced a demand for stable political and economic environment without uncertainty, Turkish business associations call for the structural reforms following the ‘yes' victory in Sunday's referendum

In the aftermath of a referendum on constitutional change, in which there was a vote in favor of a new Constitution, the business world has expressed its support for the way the vote went. According to the country's business people, the Turkish people expressed their willingness for the continuation of development in a stable political and economic environment that facilitates accelerated reforms and more investment.

Prominent actors in the Turkish business world, after seeing the unofficial results of the referendum, which will change Turkey's governmental system, wish first and foremost that the outcome will be beneficial to the country and the nation. They foresee economic reforms and development as the main items on the agenda in the new system.

Mehmet Büyükekşi, chairman of the Turkish Exporters Assembly (TİM), said: "Our people have expressed their opinion on the continuation of the atmosphere of confidence and stability. They have conceptualized the importance of the removal of duality in governance, and have put an end to the process so that the wounds from coalition periods will not reopen. Today is a day of change for Turkey."

Noting that people have made the right decision for themselves and the future, Büyükekşi hoped that with the presidential system of government the bureaucratic obstacles faced will be reduced, decision making will take place quickly, and practical problems will be reduced. He suggested that coordination will also increase among ministries and public efficiency will rise to higher levels. Highlighting that investments will accelerate with the stability and confidence provided by the new system, thus increasing production, employment and exports, the TİM chairman declared: "[The year] 2017, which we declared as a 'Leap Year' for our exports, will be also be Turkey's leap year. We will walk with more confident steps toward our 2023 goals."

"We anticipate that the economy will be the main item on the agenda and reforms will accelerate in the new era when uncertainty is removed," Foreign Economic Relations Board President Ömer Cihad Vardan said. Stating that the national will has been manifested through this referendum, which was celebrated as a feat of democracy across the country, Vardan said: "We want the outcome of the referendum to be beneficial to our country and nation. As it has been many times before, our people went to the polls and made their choice with a great participation of close to 87 percent for a result that best reflects their will."

"From now on, our wish is that our country will be free from all these problems, will step forward with confidence by establishing the infrastructure for the goals of 2023 and then 2053 and 2071 under the auspicious leadership of the president of the Republic of Turkey and will work to get to the place that our country deserves in the world. We, as the business world, will try to contribute to the service of the country from now on, just as we have yesterday, as a part of this mission," Vardan said.

With regards to the outcome of April 16 Constitutional Amendment Referendum, Istanbul Chamber of Commerce (İTO) President İbrahim Çağlar said: "The new anchor in the economy will be the 'yes' of our people. New records in production, employment and exports suit this 'yes.' The opportunity to press the starter for the pending reforms is here."

Pointing out that today both domestic and international investors have taken a deep breath, Çağlar suggested that investors no longer wish for political debate and new sources of uncertainty, but want Turkey to focus on long-expected reforms, stressing that the first ingredient of the economy based on the will of the people should be the reforms that will start now.

Rule of law to be further strengthened

Chairman of the International Investors Association (YASED) Ahmet Erdem said their main expectation is that the democratic rule of law will be further strengthened with all institutions in the upcoming period, that Turkey will continue the development process by increasing its integration with the developed world on the basis of the global values as it has up to the present date, and that reforms to improve the investment environment will be maintained without interruption.

Erdem also added that Turkey is an economy with high growth potential which offers attractive opportunities for investors, and that having the economy as a priority following the referendum is of great importance for the continuation of foreign direct investment inflow during Turkey's development process.
RELATED TOPICS