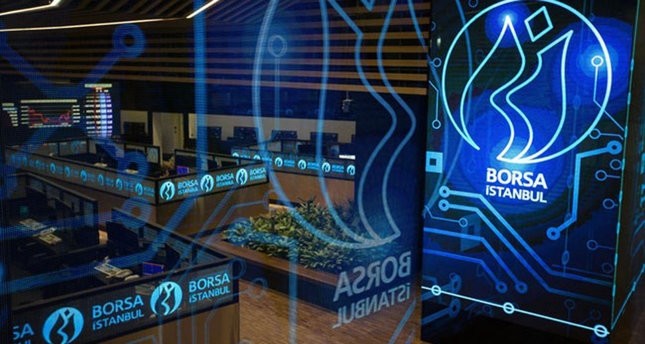 On the third transaction day of the week, the banking and holding sector indices advanced by 1.38 percent and 1.11 percent, respectively.

Among all sectors, the informatics index was the best performer with an increase of 2.19 percent while the leasing and factoring sector was the worst, falling 0.17 percent.

Stocks of state lender ASELSAN,Turkish defense systems producer, were the best performer on Thursday -- up 6.32 percent -- while shares of investment trust Global Yatirim (GLYHO), which has infrastructure, real estate, energy and financial services interests in Turkey, saw the biggest drop of the day, declining by 2.78 percent.

The five most-traded stocks were lenders Garanti and Halkbank, national flag-carrier Turkish Airlines, followed by another lender, Akbank and Aselsan.

Turkey's consumer confidence index was higher month-on-month in April, according to official data released on Thursday.

The index rose 5.1 percent to 71.3 in April from March, the Turkish Statistical Institute said in a report.

All sub-indexes were higher with the probability of saving index -- indicating people's expectation on earning enough money to save -- showing the sharpest increase, up 26.3 percent to hit 25.1 points from 19.9 in March.