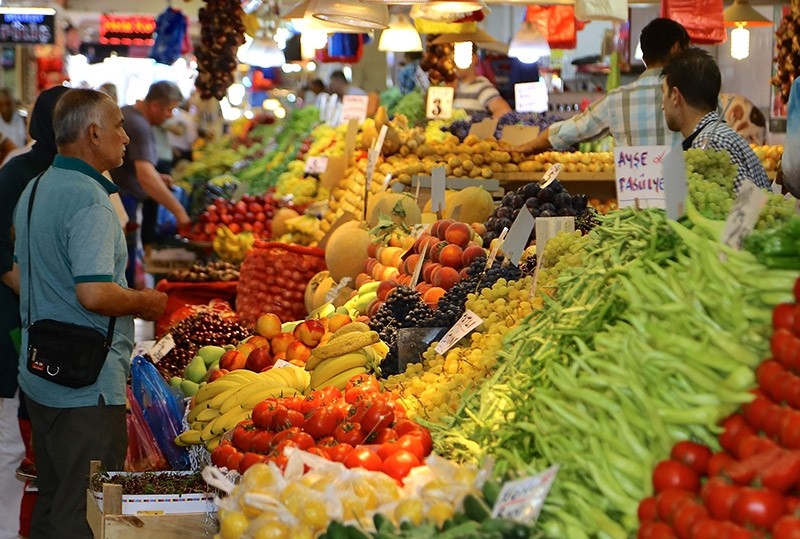 The latest increase brought the annual inflation rate to its highest since April 2012. The median estimate of an inflation expectation survey prepared by Anadolu Agency's Finance Desk, done with the participation of 22 economists, was a 1.30-percent advance on a monthly basis and 11.86 percent on an annual basis. The rise in the 12 months moving averages basis was 8.66 percent in April.

In April 2017, the highest monthly increase was observed in the clothing and footwear category with 9.13 percent, followed by the miscellaneous goods and services category with 1.26 percent, food, and non-alcoholic beverages saw a 1.23 percent increase, cafes, and restaurants experienced a 0.96 percent rise and furnishing and household equipment rose by 0.94 percent.

The only monthly decrease was seen in the communication category, with 0.02 percent.

The new data was in line with the Turkish Central Bank's recent forecast and previous inflation figures during the past few months.

The Central Bank raised its inflation forecast for 2017 to 8.5 percent from a previous forecast of 8 percent, into the second inflation report on April 28.

"Given a tight policy stance that focuses on bringing inflation down, it is estimated to gradually converge to the 5 percent target," Governor Murat Çetinkaya had said.

The tight stance in monetary policy will be maintained until inflation outlook displays a significant improvement, he underlined.

Commenting on the rates, Orkun Gödek, vice president at Private Banking Capital Markets Products Sales at DenizBank, said the new data was in accordance with market expectations and did not lead to volatility in the exchange rate.

"Although there has been an upward trend in the inflation rate, April figures can be considered as positive for now. Probably, the inflation rate will be lower in the second half of the year after it climbs a peak level in May," Godek added.

Erol Gürcan, a research specialist at Gedik Yatırım, also said the rise of the inflation rate is derived mainly from the hike of food and non-alcoholic beverage prices, adding, "Reaching a plateau of core inflation indicators is the positive side of the data."

In particular, consumer prices for food and non-alcoholic beverages advanced by 15.63 percent annually, 1.23 percent a month, according to TurkStat.

Gürcan said the Turkish Central Bank would keep the interest rates on hold until its next monetary policy meeting in June.