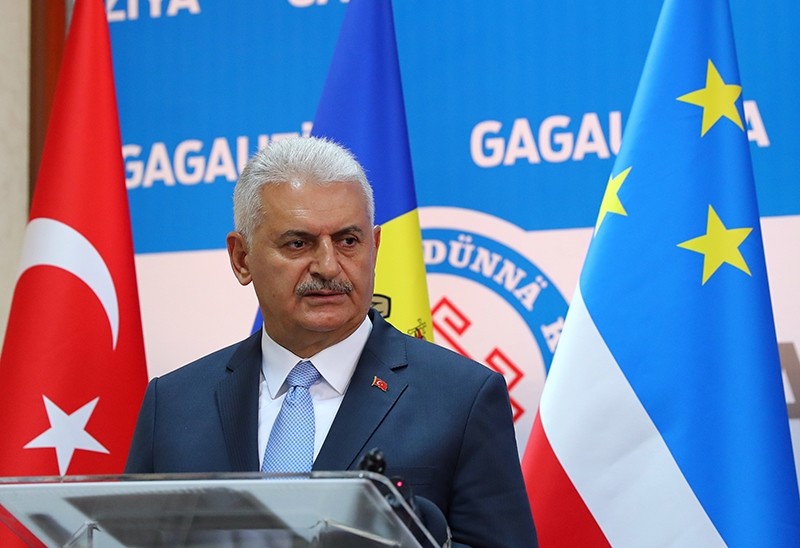 Turkey aims to attain an income per capita over $25,000 by 2023, the 100th anniversary of the establishment of the Republic, Prime Minister Binali Yıldırım said Saturday.

Addressing a Turkey-Moldova business forum on the second of his two-day visit to the eastern European country, Yıldırım said Turkey also aimed to also reach a gross domestic product (GDP) of $2 trillion by that time.

"As we are approaching the 100th anniversary of the Republic, we aim to increase our gross domestic product up to $2 trillion, and the income per capita to over $25,000 by 2023, and become one of the leading countries in the world.

"We do not have the slightest doubt about reaching our goals," the prime minister said.

Yıldırım also commended the economic growth of Moldova, which he said, grew by 4 percent in 2016 "despite the global recession."

Noting that Moldova was the seventh largest importer of Turkish products, Yıldırım said the goal was to increase mutual trade volume to more than $1 billion in the medium term.

"It is important for us to develop the cooperation between the two countries. Not just in terms of increasing the trade volume, but also in terms of sharing experience and know-how," Filip said.

The Moldovan prime minister thanked the Turkish government for its help and support to Moldova, which he said "helps develop the economic situation," and "provides significant support to our citizens."