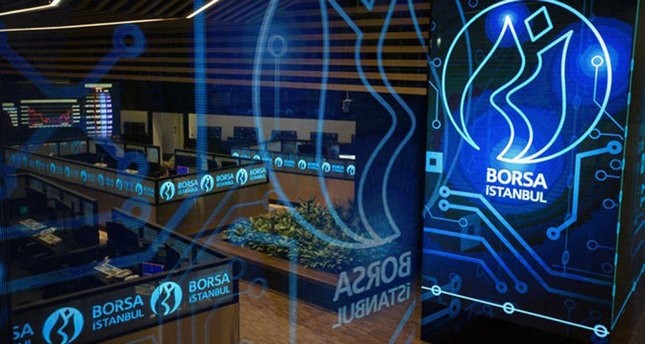 Due to the increased risk appetite in global markets, exchange rates have fallen more than one percent, while the Borsa Istanbul Stock Exchange's BIST 100 index has reached a record high of 95,735.72 points.

While the increased risk appetite in global markets has reduced investors' dollar demand, it has raised interest in developing countries' assets. While the lira has gained value parallel to other emerging market currencies, it is noteworthy that it displayed the best performance among its equivalents in yesterday's close.

The lira gained 1.05 percent against the dollar, while the South African rand has gained 0.9 percent, and the Mexican peso and Polish zloty gained 0.6 percent and 0.3 percent, respectively. The profit sales, which were effective at Borsa Istanbul during the first half of the day, were met with the support of the strengthening in the lira, while the purchasing index, which strengthened in the second half of the day, reached an all-time high at 95,735.72 points.

According to analysts, European Central Bank (ECB) President Mario Draghi's statement that there is still need for considerable monetary expansion to support inflation is one of the factors that has increased the risk appetite. They also argue that optimism about U.S. President Donald Trump's policies is continuing to support stock markets through expectations about company profitability.

Analysts argue that lira-denominated assets negatively differed before the last month's constitutional referendum, adding that they tried to close the gap by positively differing after the referendum. They further judged that the BIST 100 index, which is currently around 26,700 points on the dollar basis, is still far from reaching its historic level of 51,000 points. Analysts predict that the new target of the index, the yield potential of which is continuing, would be 97,700 points as long as it remains above 95,000 points on the lira basis.