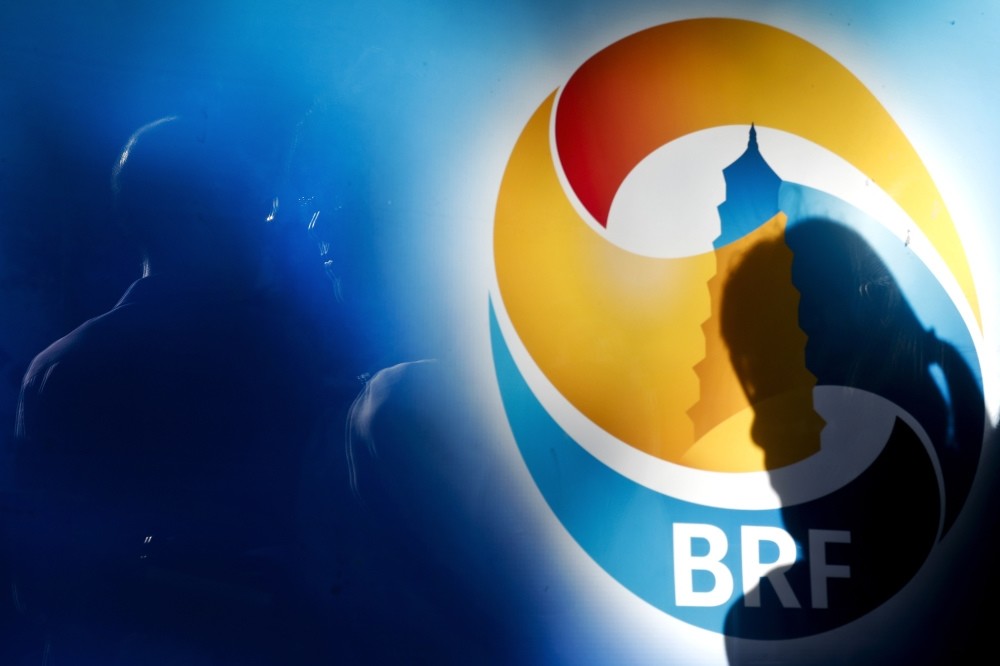 Leaders from 28 countries including President Erdou011fan are set to attend the Chinese summit showcasing Chinese President Xi Jinping's signature foreign policy plan, and will be held in the capital city from May 14-15.
by Daily Sabah with AA May 12, 2017 12:00 am

The Belt and Road Forum for International Cooperation, where President Erdoğan is scheduled to address world leaders, will discuss the opportunities presented by the ancient Silk Road route as well as visa requirements and certification problems with China

President Recep Tayyip Erdoğan is scheduled to visit China today to participate in the Belt and Road Forum for International Cooperation, which will be held on May 14-15. The president is expected to participate in a meeting with Chinese President Xi Jinping and Russian President Vladimir Putin.

Erdoğan will address world leaders at the high-level meeting of the Belt and Road Forum for International Cooperation on May 14 and deliver a speech at the Leaders' Round Table on May 15 organized as part of the forum, according to a press release published by the Presidency.

The Forum will host the U.N. secretary-general, the chairpeople of the World Bank and the International Monetary Fund as well as the presidents and prime ministers of 28 countries and more than 250 ministers.

Speaking to Anadolu Agency (AA) regarding President Erdoğan's visit to China, Turkish Economy Minister Nihat Zeybekci pointed to the obstacles China has faced with regards to both agriculture and food, as well as other industrial products from Turkey. "Our first item on the agenda with China during the meeting to be held under the auspices of Mr. President will be the certification obstacles that currently exist for our exporters."

Zeybekci said that while Turkey sells one product to China, it buys 10 products back, stressing that this situation is unacceptable. Underlining the fact that China sold $25 billion worth of goods, including intermediary

goods, auxiliary materials and goods that could be defined as "it will be okay if not purchased," he said that they are closely following the products imported from this country as the Ministry of Economy.

Stating that the biggest problem that the Turkish exporter has experienced in China is certification, Zeybekci said that China is prolonging procedures on many issues, including agriculture, food and other industrial products from Turkey. "We have not been able to evaluate them mutually until now. So we see this as an opportunity. Our first agenda item with China during the meeting to be held under the auspices of Mr. President will be the obstacles that lie in the path of our exports in the sense of artificiality and certification," Zeybekci said.

Zeybekci highlighted the fact that Turkey is in favor of reaching a solution on these issues with China. "We also know how to open doors that are currently closed to us, in Turkey. The recent example was with Russia. We did not impose a ban on any Russian products after the unfortunate event of November 2015. There is also a concession that we have provided to Russia with the imports we have realized within the scope of an inward processing regime," Zeybekci said. "The Russians imposed a ban, and we asked our friends to lift the ban, but it did not happen. Eventually, we sat at the table where there was a very slight reaction from our side to the obstacles that they issued, thus dealing with these difficulties. We do not want to use the same method with China."

Noting that Turkish businesspeople are experiencing problems that are of crucial importance regarding visa applications with China, Zeybekci said, "China's application of visa requirements on Turkey is like blocking people who come here to buy goods. It is unacceptable. We have already placed this item for discussion on our agenda. It will hopefully be one of the most important agenda items when we go there."

The One Belt, One Road (OBOR) project is comprised of the land-based Silk Road Economic Belt, the 21st-Century Maritime Silk Road and the Belt and Road Forum for International Cooperation, which operates under the theme of "strengthening international cooperation and co-building the 'Belt and Road' for a win-win development."

The forum has been designed to pool more of a consensus, identify the direction of further cooperative measures, push forward the implementation of projects and improve support systems to ensure a successful outcome. Along with President Erdoğan, Turkey's Energy Minister Berat Albayrak, Transport, Maritime and Communications Minister Ahmet Arslan and Economy Minister Nihat Zeybekçi are expected to participate in the summit.

Chinese President Xi Jinping put forward the Belt and Road Initiative in 2013 in order to build a trade and infrastructure-based network that connected Asia with Europe and Africa along the ancient Silk Road trade routes. "One Belt, One Road," refers to the "Silk Road Economic Belt," which recreates the ancient, land-based Silk Road trade routes from China across Central Asia and into the Middle East and Europe, also known as the "Modern Silk Road."

Turkey and the modern-day Silk Road

With Turkey very much acquainted with the ancient Silk Road it once partially controlled, the modern-day interpretation of the Silk Road that is supported by China is of great importance for the country's aim to increase its trade volume.

The modern Silk Road project will yield vast economic opportunities that could boost the trade volume between all parties concerned. Since Turkey is located on a strategic route close to where the Silk Road ends, the country is considered a hub through which Chinese goods will be delivered to Europe. This will seal the integration of the Silk Road into the global markets. As President Recep Tayyip Erdoğan underscored at the 13th Economic Cooperation Organization (ECO) Summit in the Pakistani capital Islamabad, Turkey's mega projects are in line with China's new Silk Road initiative, better known as "One Belt, One Road (OBOR)."

"We have given great importance to the Edirne-Kars High-Speed Railway project, which is under construction, the Baku-Tbilisi-Kars Railway project and the 1915 Çanakkale (Dardanelles) Bridge that will be built across the Dardanelles Strait," the president said. President Erdoğan pointed out that all these projects could become important elements of China's OBOR initiative.
RELATED TOPICS