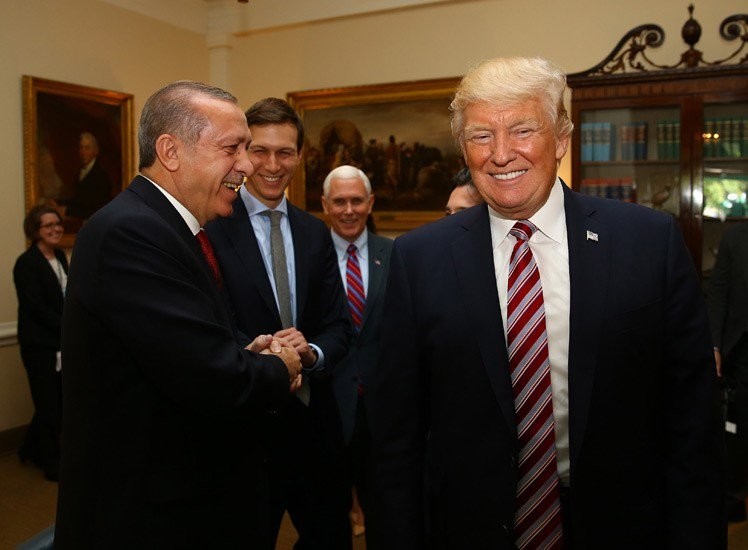 U.S. President Donald Trump's preference for bilateral partnerships rather than multinational trade agreements may be the beginning of a new era for the economic relations between the U.S. and Turkey.

Economic relations are expected to be discussed during the bilateral meeting to be held between President Recep Tayyip Erdoğan and U.S. President Donald Trump in Washington today.

Trump's withdrawal from the Trans-Pacific Partnership (TPP) and avoidance of the Transatlantic Trade and Investment Partnership (TTIP) has clearly revealed that the U.S. will take a new approach to trade.

Suggesting that multinational trade agreements do not provide enough advantages for American companies, the new economic administration has announced that it will focus on bilateral trading partnerships instead of the aforementioned agreements.

The fact that the new U.S. administration prefers bilateral agreements instead of the TTIP, in which Turkey has not been included despite great efforts, is regarded as an important opportunity to open a new era in economic relations.

It is also notable that commercial relations between the U.S. and Turkey have recently developed in favor of Turkey.

According to the data compiled by the U.S. Department of Commerce, Turkey's exports to the U.S. almost doubled in 2010-2016 period.

Turkey's exports to the U.S., which stood at $4.2 billion in 2010, reached $8 billion last year. Iron and steel, automotive, defense, tobacco and apparel sectors contributed to the increase, exceeding 90 percent. Turkey's share of U.S. exports also doubled in this period. On the list of the countries where the U.S. imported the largest number of products to, Turkey rose from 47 to 29.

The decline in U.S. export figures led to a fluctuation in total trade volume between the two countries at around $18-$19 billion despite Turkey's growing exports.

Both Turkish and American diplomats believe that "sufficient progress has not been achieved in the Turkish-American economic relations," in regards to trade volume, which has not yet reached $20 billion.

The U.S. is ranked second among countries that have the largest amount of foreign direct investment (FDI) in Turkey and the trade volume between the two countries was recorded at $17.5 billion in 2016.

Speaking earlier, President Recep Tayyip Erdoğan emphasized that expanding the trade volume between Turkey and the U.S., which stood at $17.5 billion in 2016, will be a significant item on the agenda of his meeting with Trump.

Moreover, the ambition to reinvigorate the Turkish-U.S. partnership in the defense industry is also expected to contribute to improved economic ties between the two countries.