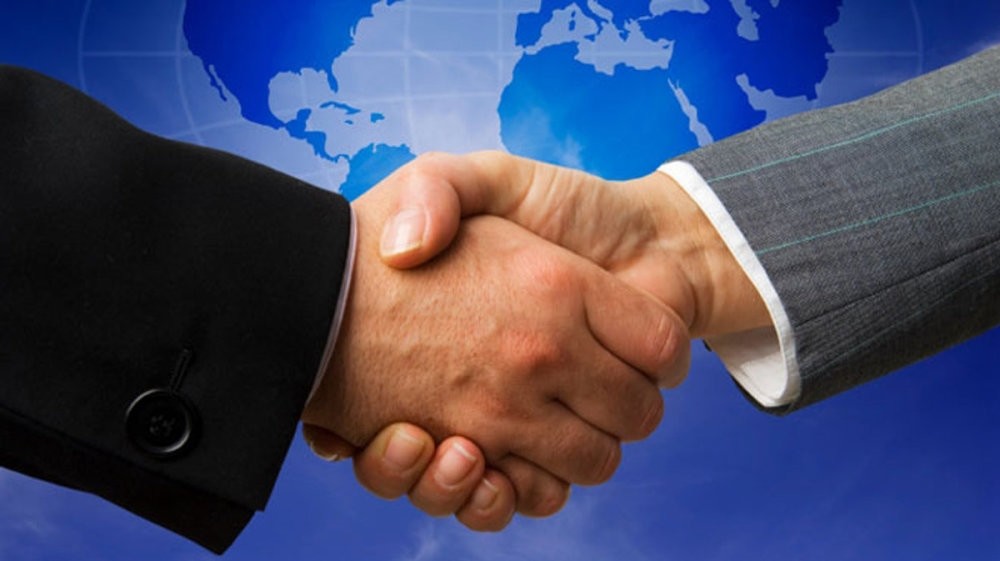 2017 Foreign Investment Index presented by Foreign Economic Relations Board draws attention to the increasing interest of Turkish companies in foreign investments in recent years.
by Daily Sabah May 18, 2017 12:00 am

Turkey has been increasing its outbound investment over the last 15 years, according to the 2017 Foreign Investment Index, which demonstrates Turkey's ambition to become a player in the global investment environment

Talking about the index, DEİK Chairman Ömer Cihad Vardan stated that foreign investments have increased 10 fold in the past 15 years and that the upward trend is continuing. Vardan also noted that Turkish companies' priorities are far from reflecting their motivations and concerns.

'Global mergers, acquisitions at the top after the crisis'

DEİK Foreign Investments Business Council Chairman and Bain & Company partner Volkan Kara stated, "As the findings of this year's report reveal, there has been a slight fluctuation in the global investment flows compared to the previous year, but the speed of the Turkish investments abroad has not fallen below the speed achieved in recent years." According to Kara, global investment flows under fragile global economic and commercial growth fell by 13 percent to about $1.52 trillion in 2016. And global mergers and acquisitions reached $831 billion, up by 13 percent, to the highest level since the 2007 crisis. However, new investments stood at $810 billion, rising by a mere 5 percent compared to the previous year, largely due to the impact of large infrastructural projects in a limited number of countries. Referring to these facts, Kara noted that he found Turkish companies' performance in overseas investments in 2016 to be positive, adding, "The index revealed that, in parallel with the behavior of Turkish investors in the previous period, countries with which Turkey has organic trade ties and political relations, especially Balkan countries and neighboring countries, came to the fore in the selection of investment locations."

Underlining the fact that they will continue to invest in the theme of foreign investments, Kara stated that "For companies that want to climb to the top levels in their own value chain, foreign investments are crucial and can be a stepping stone for overcoming the structural problems of the Turkish economy."

The methodology of index is prepared with the contributions of DEİK Foreign Investments Business Council and Bain & Company consultants and evaluates countries within the framework of the criteria set under the main titles of "business environment and development level," "know-how potential," "domestic and neighboring market sizes," "legislative infrastructure," "production and raw material costs" and 'relations with Turkey." Many developed countries display high performances in the categories determined by the results of the periodical investor perception questionnaire conducted for DEİK members. This year, the index has been prepared in three categories in order to be able to evaluate less developed countries that are attractive for Turkish investors. In this way, it is possible to create a relative ranking among the countries that are classified according to income level.

European countries, which have the lion's share of Turkey's investments, have an important place in the index this year as well. Russia and the U.K., which are on the rise compared to the previous year, are drawing attention too. Investors and sector players in the U.K., which eluded the EU regulatory framework and restrictions in the post-Brexit era, are more hopeful than the previous year about expanding their scale. Russia has an important place this year as Turkey's political relations with the country, where Turkey's investments are becoming the most intense, is better than the previous year.

Eastern European countries continue to rise in recent years as investment countries. Poland, Hungary and Romania attract significant investments from both Turkey and the world, especially in manufacturing operations. Again, Baltic countries have an important place in the index with business environments and convenient geographical locations.

The investment flow to the Asia-Pacific region has doubled compared to the previous year. This hot investment destination, which remains in the background on our economic agenda for obscure reasons, still offers important opportunities. Political and economic relations with these countries, which have a major Muslim population, have come a long way in the past year. The pro-tempore presidency of the Shanghai Cooperation Organization's (SCO) Energy Club, President Recep Tayyip Erdoğan's visits to India and China, greenfield investments and acquisitions by our corporate holding companies and the active interest of our contracting companies in the region are considered important steps. China, India, Indonesia and Malaysia, which could to join the list, have come to the fore as important investment locations on the radar of investors.

Turkish companies actualized $2.8 billion worth of greenfield investments and $3.6 billion worth of merger-acquisition transactions abroad in 2016. Investments in production, logistics, tourism and food sectors were at the forefront.

Turkish companies wanting to stand out in the region and around the globe made 85 new investments, corresponding to $2.8 billion, in foreign countries in 2016. In addition, they conducted 40 merger-acquisition transactions worth $3.6 billion overseas. Turkish companies actualized 290 merger-acquisition transactions worth $28 billion overseas from 2006 to 2016.