Turkish participation banks' net profit in Q1 up by 371 pct 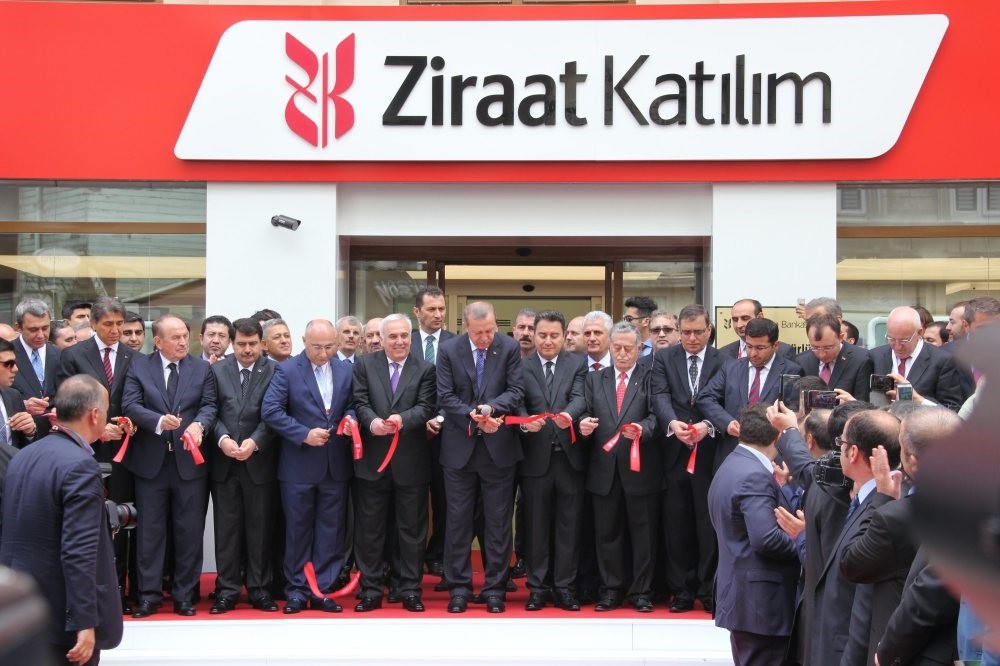 Supporting the attempt to expand the share of interest-free banking, President Erdou011fan opened state lender's participation bank Ziraat Katu0131lu0131m two years ago.
by Daily Sabah with AA May 22, 2017 12:00 am

Turkey is striving to increase its share of interest-free participation banking in the finance sector and expand collaboration to that end, resulting in participation banks creating a net profit of TL 330 million

The net profit of Islamic banks, known locally as participation banks, surged by 371.4 percent, reaching TL 330 million, while their asset size stood at TL 136.3 billion, a 12.3 percent rise in the first quarter when compared to the same period last year.

According to Anadolu Agency, the unconsolidated asset size of participation banks operating in Turkey, Albaraka Türk, Kuveyt Türk, Türkiye Finans Katılım Bankası, Vakıf Katılım and Ziraat Katılım, was TL 136.308 billion as of the end of March, a 12.3 percent increase compared to the same period last year.

As of the end of March, equity capital of participation banks increased by 11.1 percent compared to the same period of 2016, exceeding TL 11.816 billion.

Among participation banks, Kuveyt Türk earned the greatest net profit of TL 152.244 million in the first quarter of the year. It was followed by Türkiye Finans Katılım Bankası with TL 91.4 million, Albaraka Türk with TL 35.793 million, Ziraat Katılım with 25.12 million and Vakıf Katılım with 25.056 million.

According to Association of Turkish Participation Banks (TKBB) data, 14,565 people are employed in 973 branches. Participation banks' share of the banking sector on the basis of asset size is close to 5 percent.

Banking analysts said that there has been a strong synergy with the involvement of the public sector in the participation-banking sector, which contributes positively to profitability and asset size.

Analysts pointed out that the losses of Bank Asya, which reached billions of liras in the previous period, lowered the profitability of the sector, adding that its negative effect on financial statements in the sector were eliminated after Bank Asya's operating permit was cancelled in July 2016.

They also stated that the share of the sector could reach 10 percent in the medium term, with both public and foreign investors coming to the participation-banking sector in the coming period.

'Participation banks will gradually increase share in the sector'

Yükseltürk emphasized that participation banks started to perform parallel to conventional banks in terms of both growth and profitability due to the negative atmosphere created by Bank Asya, adding that the participation banking sector is expected to further improve this performance by its nature in the coming period.

According to Yükseltürk, participation banks, which are able to make effective strategic planning and have strong capital, contribute more to the Turkish economy and will gradually increase their share in the financial sector due to current conditions. "Even if the share of participation banks remains low, it is inevitable that their financial assets will grow in a sustainable manner parallel to the number of customers as a result of the development of new products and services compatible with the spirit of the participation economy in the coming period," he concluded.