Markets no longer asking whether 1 dollar will be 1 euro 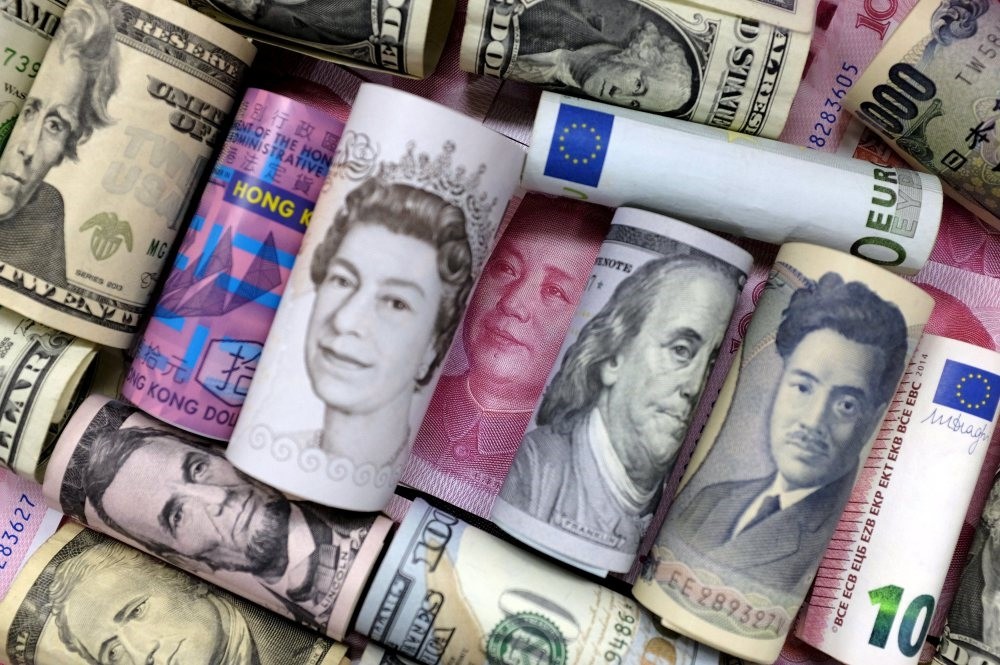 The question of 'whether 1 dollar will be 1 euro,' which has been on the agenda of the markets for the past few years, has been put into cold storage due to the rising trend in the euro in recent months

Although expectations that the dollar would catch up with the euro have dominated markets for nearly three years, the euro, the common currency of 19 EU member countries, has been gaining value as a result of political and economic developments over the past three months.

Especially after the European Central Bank (ECB) decided on monetary expansion in 2014 and the U.S. Federal Reserve started hiking interest rates, the dollar-euro parity dropped down to 1.0352, causing analysts to expect that the currencies would reach parity.

As a result of an increase in three consecutive months, including March, the dollar-euro parity rose to 1.12. Today, it is following a horizontal trend, hovering around 1.180.

Speaking to Anadolu Agency, DenizBank Investment Services Group Research Director Orkun Gödek said that it would be correct to group the rise of the parity in recent months under three main headings, adding that the process started with the French presidential elections, which were held on April 23 and May 23 in two rounds.

"Emmanuel Macron, who defends market-friendly policies and is a self-named representative of an innovative movement, disrupted the rise of far-right politics in Europe and came to power in France. As a result of this, we see that politically-driven risks in the euro have declined at least until the German elections in September," Gödek said.

According to Gödek, the hard times that Trump experienced in domestic politics and sensational news reports paved the way for the dollar to undergo an overall depreciation.

Also, German Chancellor Angela Merkel's statement that the current level of the euro was low, on May 22, helped the parity rise above 1.12 and the process was shaped with the appreciation of the euro and the deceleration of the dollar. Gödek stated that after the 1.107-1.110 band, which had been debated for a long time, was technically tested, the first important resistive level would be 1.13 for the short term, adding that profit realizations may gradually start above the 1.115-1.119 band.

"The depreciation of the dollar allows for new long-term positions in the euro," he said. He further noted that the U.S. Federal Open Market Committee (FOMC) meeting scheduled for July 14 has almost been priced, adding that he attaches importance to what kind of an attitude the Fed will adopt on the balance sheet reduction schedule, rather than interest rate hikes, and how it will direct markets.

Gödek also underlined that if a quicker and more comprehensive reduction operation than expected emerges, a positive environment for the dollar will be inevitable.

Stressing that the main game-changing step may be taken by the ECB, he stated that it is expected that the ECB will point to a decline in its asset purchase program at the end of the year through verbal guidance on June 8.

If expectations come to pass, the 1.138-1.14 band becomes possible, and if not, the possibility of a major profit realization will be the most important scenario.

According to Saxo Capital Markets International Markets Director Özgür Hatipoğlu, the main reasons for the euro's rally in the dollar-euro parity in the first week of April include the statements by Trump, regional Fed chairs and other U.S. authorities saying that they are troubled with the extremely strong dollar, which shaped a disturbance in the economy.

Hatipoğlu argued that as Macron's election victory in France meant the defeat of anti-EU thoughts, the dollar-euro parity rapidly rose to 1.12 from 1.06.

"The turbulence experienced because of Trump's relations with Russia played a great role in the latest upward movement. This is because the markets rapidly sold dollars and bought other currencies," he said. He also noted that Merkel's recent statement, that the weak euro caused German goods to be undersold, supported this rise.

Underlining that the rally in the parity is not so significant, Hatipoğlu noted that the rapid rise over a short period of time seems to have completed the harmonic measure length in the 1.12 region. He said the dollar index has found the lower band of the channel in which it has been since the beginning of January 2017, continuing that the index is ready to show an upward reaction now.

"Apparently, the wind seems to blow in favor of the dollar in parities once again," he said.

According to Hatipoğlu, if the dollar-euro parity, which is being traded just below the 1.12 level today, recedes to 1.105, which is the 23.5 percent recession level of the bottom level in December 2016 and the top level in May 2017, this would be more appropriate in terms of ensuring the continuity of the movement.

He expressed that he does not expect the band, which has been working for two-and-a-half years, to be broken until the end of summer, noting that the end of the ECB's bond purchase program (taper) toward the end of the year will bring about appreciation in the euro and make the possibility of upwardly opening the band to discussion.