Turkey's annual inflation falls to 11.72 percent in May 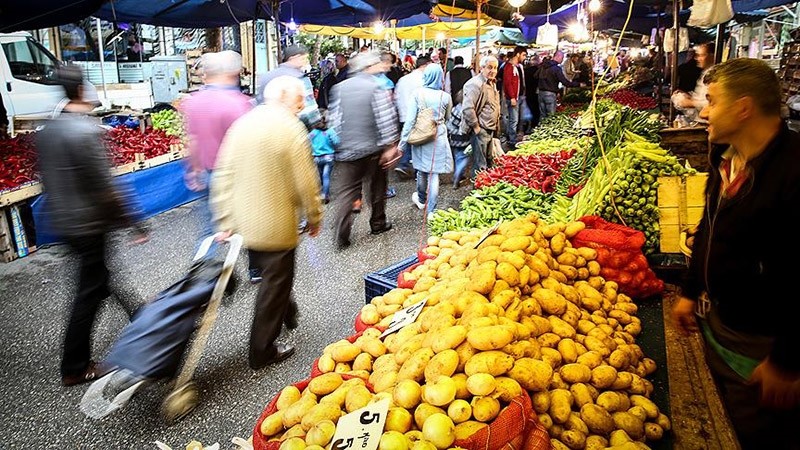 Turkey's monthly inflation rate rose in May, but annual inflation eased to 11.72 percent from 11.87 percent in April, the Turkish Statistical Institute (TurkStat) announced on Monday.

Consumer prices in the country climbed 0.45 percent month-on-month in May, TurkStat said.

A survey prepared by Anadolu Agency's finance desk on the median estimate of inflation expectations showed a 0.45 percent increase on a monthly basis and 9.59 percent on an annual basis. Twenty economists took part in the survey.

The survey showed the highest monthly increase of 5.97 percent was in clothing and footwear, while the main drivers of yearly consumer price inflation on an annual basis were alcoholic beverages and tobacco, together up by 21.69 percent.

Last month, the government announced its aim to gradually reduce inflation to single digits once again, by stemming an ongoing hike in food prices.

Commenting on the news, Ziraat Bank economist Bora Tamer Yılmaz said the factors pushing up inflation are on the decline.

Yılmaz said the new data indicate that a permanent decline will start by the end of the year, and inflation might hit single digits by December.

"There is no chance inflation will rise anymore, but a decrease will take some time," he added.

"Annual inflation rates might have a downward trend in the summer months and we will feel relaxed. However, there might be a slight increase in the fall," he added.

Gödek underlined that single-digit inflation is not possible before December.

"This [rate] is positive for the Turkish Central Bank. Inflation didn't go down but the decrease in the annual basis is positive. It's still high but it's following a course in line with Central Bank expectations. The bank also didn't expect a decline in the short term, until the fall."

Timothy Ash, a senior emerging market strategist at London-based BlueBay Asset Management, said the new figures reflect Ramadan, as May caught the start of the Muslim holy month, which typically provides a short-term boost to inflation.

"This should also weigh for June, given that half the month falls in Ramadan. The latter effect probably keeps the Turkey's Central Bank inclined towards a hawkish line, at least in terms of its average funding rate, until the June print is out. After that I think expectations are that inflation drops more sharply from a high base, and is helped by forex strength," he explained.