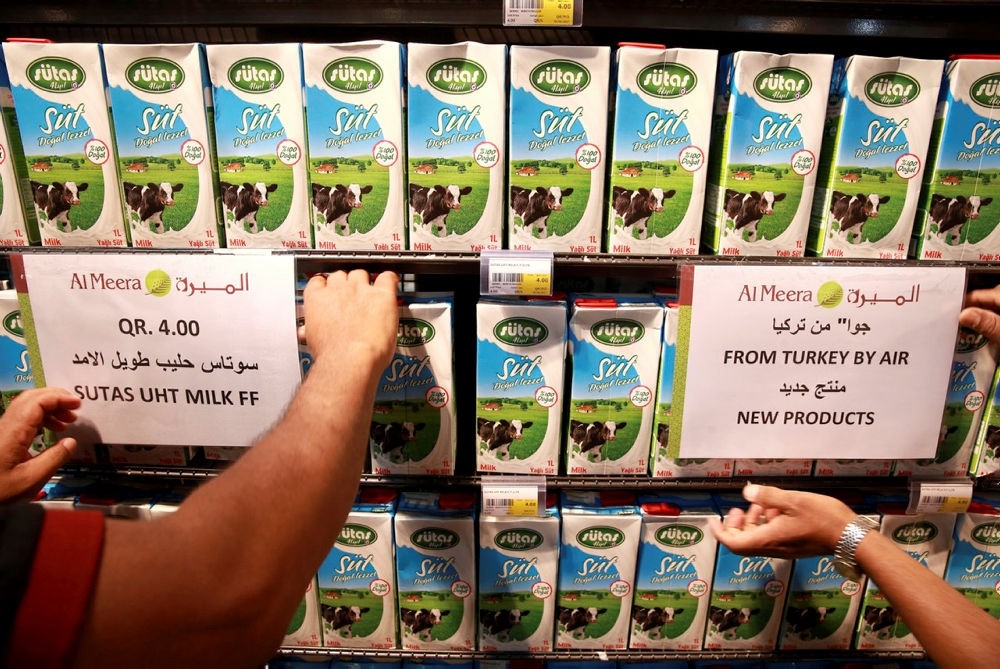 Turkey has started to provide daily food and water supplies to Qatar with Turkish Airlines Cargo planes as the Gulf state faces isolation imposed by fellow Arab countries over its alleged support for terrorism.

Qatari market chains also announced on social media that daily food products from Turkey such as milk, yogurt, and chicken were now on the shelves with signs "from Turkey by air."

Market employees reported that Turkish products are in high demand and all food supplies can be found in most of the supermarkets across Qatar.

"Everything is fine in Qatar, we are now buying Turkish products. Turkey and Qatar are setting a good example on how relations between countries should be," a Qatari lawyer, Suheyl Awad, said as he bought a carton of milk for his son.

Qatar vowed on Thursday to ride out the isolation and said it would not compromise its sovereignty over foreign policy to resolve the region's biggest diplomatic crisis in years.

Turkey has maintained good relations with Qatar as well as several of its Gulf Arab neighbors. Turkey and Qatar have both provided support for the Muslim Brotherhood in Egypt and backed rebels fighting to overthrow Syrian regime leader Bashar Assad.