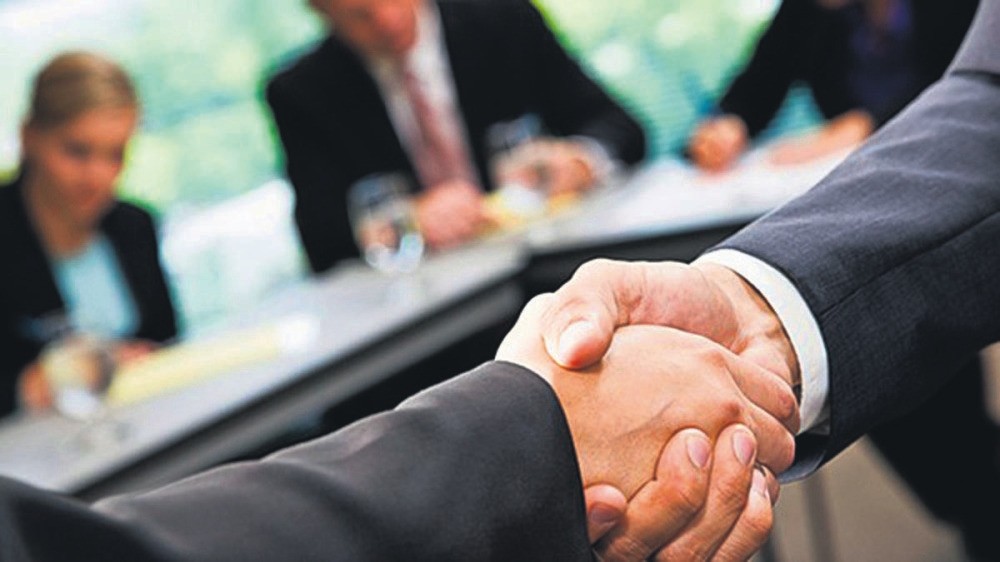 Last year, Turkey signed seven investment agreements with countries around the world, making it the most active in encouraging investments.
by Daily Sabah with AA Jun 09, 2017 12:00 am

The World Investment Report 2017 disclosed late Wednesday says that Turkey, which attracted $12.3 billion of FDI in 2016, was the most active in promoting investments by signing seven treaties

Over the last 15 years in particular, Turkey has been focusing on increasing foreign direct investments (FDI). Despite the global decrease in investments and a tumultuous 2016, the country drew in $12.3 billion of FDI in 2016 and actively engaged in investment treaties with countries around the world, according to the World Investment Report 2017 prepared by the United Nations Conference on Trade and Development (UNCTAD), highlighting countries with diversified industrial manufacturing despite having no oil resources.

"FDI flows to Turkey stood at $12 billion in 2016. Unlike most countries in the subregion, which rely heavily on oil, manufacturing accounted for about half of the total FDI inflows into Turkey in recent years, reflecting the country's diversified industrial structure," the report says.

Arda Ermut, chairman of the Turkish Prime Ministry Investment Support and Promotion Agency (ISPAT) and the World Association of Investment Promotion Agencies (WAIPA), said that the World Investment Report shows that advanced and emerging economies experienced a decline in attracting FDI in 2016. He said: "Despite all the adverse developments, Turkey attracted $12.3 billion of FDI in 2016. Green field investments, which make serious contributions to our economic development, employment and industry, soared by 55 percent."

Ermut said that global FDI stood at $1.75 trillion in 2016, down 2 percent from the previous year, according to the report.

He said: "Despite all adversities, Turkey attracted $12.3 billion of FDI in 2016. As the FDI Intelligence report of The Financial Times also showed, green field investments, which are serious contributions to our economic development, employment and industry, increased 55 percent. These investments will transform the Turkish economy in the long run and help us integrate more into the global value chain."

Ermut emphasized that Turkey is a major investment destination for international direct investors thanks to its young and growing population, its dynamic economy growing with strong resistance and its strategic position providing easy access to regional markets.

Pointing to the many advantages at Turkey's disposal, Ermut also touched on the importance that the government attaches to FDI and said that the reforms for this make Turkey even more attractive and boost international investors' confidence in the country. "We clearly saw this confidence and strong will in a meeting that President Recep Tayyip Erdoğan held with senior executives of leading American companies in Washington a short time ago," he said.

According to the report, FDI around the world stood at $1.75 trillion last year, marking a 2 percent decline compared to the previous year.

While FDI to developed countries rose 5 percent last year, FDI to developing countries fell 14 percent. FDI to Ireland, Indonesia, Thailand, Germany, France, Mexico, Poland and Brazil tumbled 88 percent, 84 percent, 73 percent, 71 percent, 40 percent, 19 percent, 16 percent and 9 percent, respectively.Also, FDI to Turkey decreased 30 percent in 2016. According to the assessments in the report, nearly half of the FDI to Turkey in recent years was in the manufacturing sector. The report attributed this to diversity in the industrial structure of Turkey's economy. It also highlighted the new incentive packages that Turkey launched to attract investments in recent years, with particular emphasis on reforms such as incentives provided to research and development (R&D) and the granting of citizenship to foreigners.