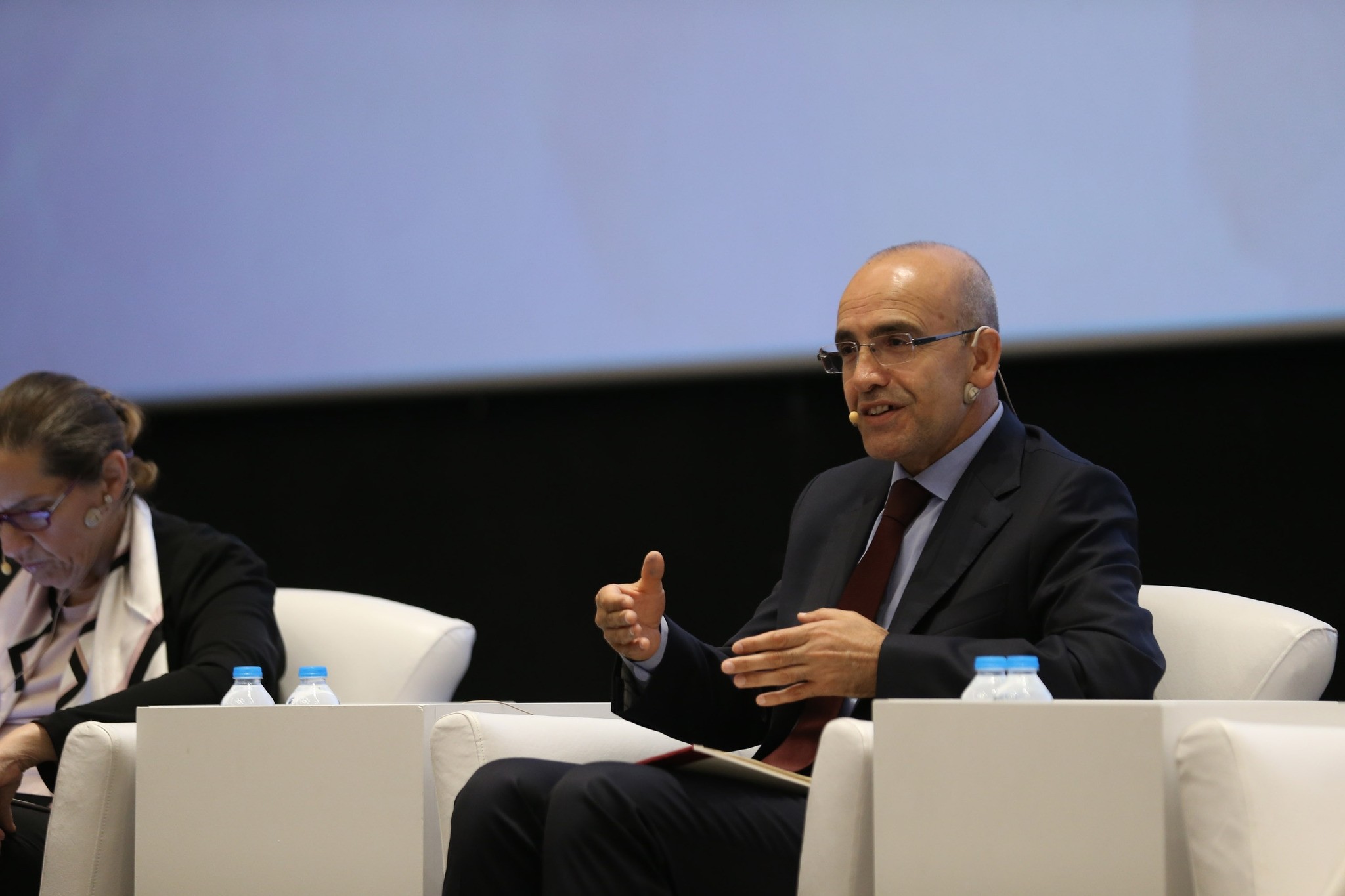 Deputy Prime Minister Mehmet Şimşek emphasized the vital role that women's education and participation in the workforce play in the Turkish economy.

Şimşek, speaking at a panel discussion of an event organized by the Aziz Sancar Foundation, reminded the audience of the African saying, "Teach a boy and you teach an individual, teach a girl and you teach the whole family and the country."

The event, called Girls in STEM - meaning science, technology, engineering, and mathematics - aimed to encourage young women's education and participation in these fields.

Şimşek noted that 49.8 percent of the Turkish population are women and that the country could not succeed without women active in science and technology.

"A country where women are not active in education, the workplace, and all other areas are like a bird with one wing, a plane with one engine," he said.

Şimşek also mentioned that religion encourages women's education, giving the example, "the first order is of the holy book Quran 'read' and that is true for all humanity. Our Prophet said, 'education is a duty for everyone.'"

While participation in the workforce is over 70 percent for educated women, Şimşek noted that a rise in the overall employment of women in the country would lead to a definite rise in the national revenue.

Şimşek stated that the current level of participation in the workforce is not significantly different from those of many European countries.

Comparing male and female students, Şimşek stated research showing that a woman who studies and becomes a business owner spends 90 percent of her income on her family, while a man in the same position spends only 30 percent.

The proportion of girls going to school has reached close to 95 percent in Turkey, Şimşek said, showing the importance that is now placed on women's education.