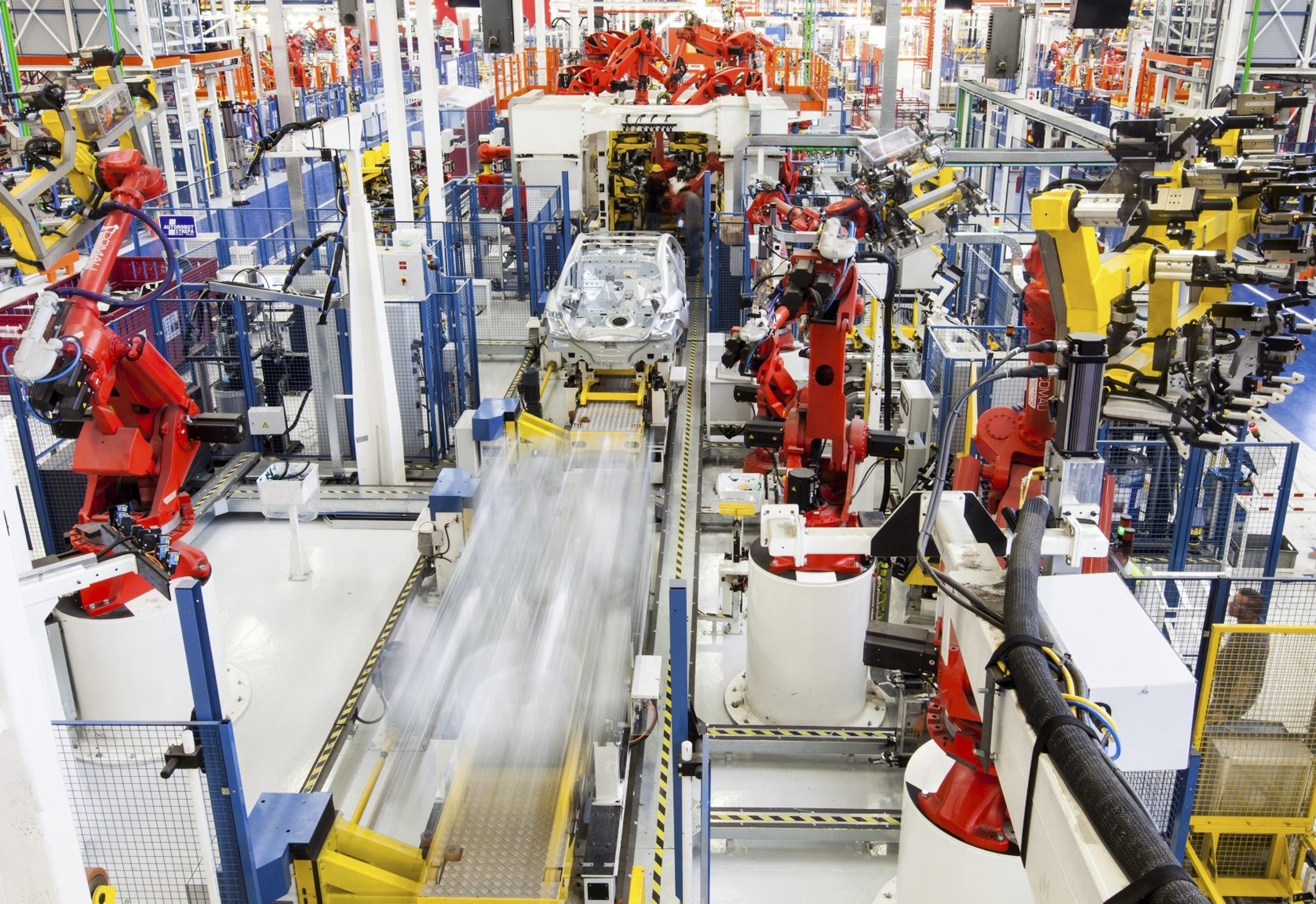 The figure was higher than that forecast by Anadolu Agency's Finance Desk, which had predicted a 3.8 percent growth. Growth in the first four months of the year was 0.5 percentage points higher than in 2016, which stood at 4.5 percent.

Speaking to Daily Sabah, Prof. Dr. Kerem Alkin said his forecast for the growth of the Turkish economy in the first quarter was between 3.5–3.8. Moreover, he indicated that figure of the industry sector released in April was one of the central factors that played a role in the growth and will continue to do so during the year. Speaking of general predictions for growth, Alkin said that the Turkish Statistical Institute's change of its calculation method last year by switching into the chain-linked volume index has played an important role, indicating that economists have not yet adjusted to this kind of calculation.

Alkin also indicated that the political and economic stability generated after the referendum for constitutional change in Turkey on April 16 has made a major contribution to the sustainability of the Turkish economy. Alkin also underscored that incentive packages and reforms that support production and investments could lead Turkey closer to 5 percent growth in 2018.

"The strong dynamics, the strength to withstand shocks, and the ability to adapt to negativities in a very short time reveals the difference. The stability of the financial structure has been tested with heavy shocks and the Central Bank has been implementing independent policies that took into account rational and growth. Our government took active, determined and courageous steps. Our reform agenda was never completed, the decisions that the economy needed were taken without delay," said Canikli.

Deputy Prime Minister Mehmet Şimşek emphasized the "balanced" view of growth, stating that the growth figures pointed to a better performance than expected.

"2.8 percent of the 5 percent came from domestic demand and 2.2 percent from abroad. The most important dimension is this, not only high growth but a more balanced growth," said Şimşek.

Indicating that growth is even higher according to the leading indicators for the second quarter, Şimşek said: "No matter which indicator you look at, you feel that the growth in the second quarter of the year is getting stronger and faster. There is a strong recovery in employment, and it will continue. The loan increase is partially related to Credit Guarantee Fund (KGF), and it may not continue at this pace. Foreign demand continues to be supportive, and uncertainties are reduced internally," Şimşek added.

"We need reform to make growth sustainable, it is simple and clear, we are focused on it. We are on the verge of a very critical reform period. The rise in the short term is partly about the measures we have taken, but I think the most important issue is that there is confidence in the market again and we will reinforce it with reforms," said Şimşek.

In his evaluation of the first quarter's growth figures, Finance Minister Naci Ağbal underscored that the economy continues to grow fast due to the incentives and supports government has put into place.

Moreover, he said that the growth figure has showed once again how much financial incentives they have put into practice as a government such as temporary tax cuts, the Credit Guarantee Fund, Small and Medium Enterprises Development Organization (KOSGEB), deferral premium payments, investment incentives and employment support were in place. He also added that these incentives have supported investment, production, exports, and employment growth and has accelerated domestic demand.

Additionally, Economy Minister Nihat Zeybekci said that net exports' contribution to growth was 2.2 percent. Turkish exports surged by 10 percent in the first five months compared to the same period last year and reached over $63.1 billion, according to the Economy Ministry.

The country's growth rate has surpassed that of the EU, OECD and G7 countries with its 5 percent growth rate, he said. "Our expectation of the 2017 growth rate is accentuated by the first quarter data," Zeybekci said.

"We will keep implementing a market-oriented exports and investment growth model in the coming period," he added.

INDUSTRY: THE ENGINE OF SUSTAINABLE GROWTH

Commenting on the first quarter GDP data, Istanbul Chamber of Industry (ICI) Chairman Erdal Bahçıvan highlighted the fact that the industry has become the engine of the first quarter growth, remunerating all the incentives and support packages provided by the government.

Bahçıvan drew attention to the fact that 95 percent of the exports consisted of industrial products, which for him signifies that industry is the driving force of Turkey's growth.

"The growth data demonstrate that incentives and support packages provided by the government to increase manufacturing, exports, investments and employment seem to have secured the desired revival in all sectors; particularly in industry – the locomotive of the economy and the driving force of sustainable growth," ICI chairman noted as the growth in industry was recorded at 5.3 percent above the overall growth rate.

Stating that the industry made a 22.6 percent contribution to the 5 percent growth, Bahçıvan also underscored the role of exports, an essential element in sustainable growth, he opined. As exports in the first quarter grew by 10.6 percent, its share in the growth rate is evident, Bahçıvan claimed, adding that the increased demand in the export markets, especially in Europe, caused exports to soar, which resulted in a healthy growth data.

Özgür Altuğ, chief economist at BGC Partners, said he had revised his 2017 GDP growth forecast from 2.5 percent to 4.7 percent, versus a government forecast of 4.4 percent.

"The data confirmed that the economy managed to recover in the fourth quarter of 2016 and with a faster pace in the first quarter, after the failed coup attempt," he said, further stating that government measures to stimulate activity were now being felt in the data.

Starting the week with a 0.03 percent decrease at 98,915, BIST 100 saw the all-time high after 5 percent growth rate, which was mainly driven by the increased demand in the foreign markets and industrial output, supported by government incentives.

Meanwhile, the U.S. dollar/TL exchange rate began to be quoted at 3.53 in the international markets earlier yesterday, but after the growth data was announced, Turkish Lira slightly spiked against the greenback and traded at 3.51 and then 3.52. For analysts, 3.50 is an important support level for dollar/TL, which if broken, the greenback could be quoted at 3.46 against Turkish lira. The resistance level was predicted to be 3.55 for the dollar/TL exchange rate.