US Fed to raise rates despite sluggish economic data 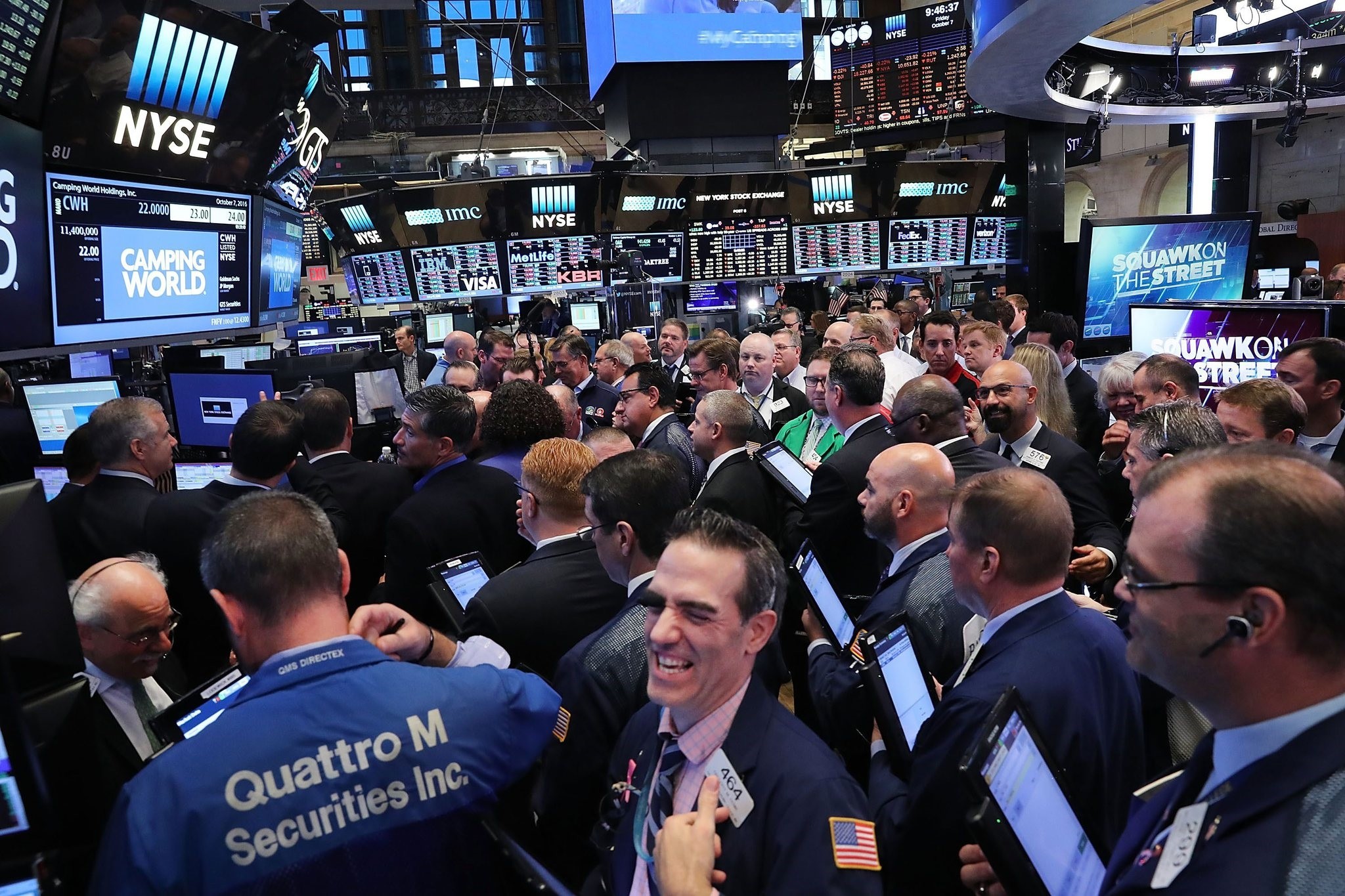 Traders work on the floor of the New York Stock Exchange. The recent soft numbers on the economy may have weakened the case for an increase in the benchmark lending rate by the Federal Reserve.
by Jun 12, 2017 12:00 am

The Federal Reserve, which begins a two-day meeting tomorrow to review monetary policy, is widely expected to stick to its guns, having built up expectations that it will tighten monetary policy

For the second time this year, the U.S. central bank appears poised to raise interest rates despite fresh signs the world's largest economy is not in peak condition. The recent soft numbers on the economy may have weakened the case for an increase in the benchmark lending rate by the Federal Reserve, which begins a two-day meeting tomorrow to review monetary policy. However, the Fed is widely expected to stick to its guns, having built up expectations that it will tighten monetary policy at this meeting, although further rate hikes this year are now in doubt. At the policy meeting last month, the central bank left rates unchanged at between 0.75 and 1 percent, and policymakers said they would wait to see whether evidence supported another rate hike. But they also said first-quarter sluggishness was "likely to be transitory" and that a rate hike would likely be appropriate "soon."

This has prompted criticism that the policymakers' forecasts are flawed and they are not basing decisions on the data, as they pledged to do.

"They seem to be more committed to just getting back to some version of normal than following the numbers," Jared Bernstein, economic advisor to former Vice President Joe Biden, told Agence France-Presse (AFP).

"It's a little puzzling since Chair (Janet) Yellen and others have said they're going to be data-dependent."

Since the May Fed meeting, the picture has not grown much brighter, especially in the key areas the central bank watches - employment and inflation. Government data have shown clear signs of flagging job growth and a shrinking workforce, with average job creation in the March-May period down 40 percent from the prior three months. Inflation moved even further from the Fed's two percent target in April, with the Fed's preferred inflation measure at 1.7 percent for the latest 12 months. And, while first-quarter GDP growth was revised upwards by a sharp 0.5 points to 1.2 percent, this is still no better than sluggish. Given the weak data, the Fed's persistent belief the sun will come out today, and inflation will stabilize at 2 percent in the medium term, has drawn sharp criticism from some quarters.

Economists J Bradford DeLong and Narayana Kocherlakota, a former president of the Minneapolis Fed, known for advocating a cautious approach to raising rates, each accused the Fed in recent days of persistently overstating the strength of the U.S. economy and inflation.

"Elementary mathematics dictates that credible forecasts should at least overestimate half the time and undershoot half the time," DeLong wrote, saying the Fed has overestimated the economy for 11 years in a row, making them less reliable than a coin toss. Even with the growing doubts, as of Friday, futures markets still were forecasting a better-than-99-percent chance of an increase at this week's Fed meeting. But they are now evenly split on the prospects for another rate increase by the end of the year. Previously, analysts were betting on another hike in September. Some economists, however, say the economy can tolerate higher rates, as they remain low by historical standards. Mickey Levy of Berenberg Capital Markets points to falling long-term interest rates and rising equities prices, with the S&P 500 up 8 percent since the start of the year.

"Even though the soft inflation may give the Fed pause, the significant easing in financial conditions gives them more room to continue to 'tighten' policy," Levy wrote in a research note. Meanwhile, Joseph Gagnon, senior fellow at the Peterson Institute for International Economics, told AFP the slowing job creation may in fact be a sign of full employment.

"Some people have been saying it's a little weak. I actually read it the opposite way," he said. "It's actually more hawkish because there is less ability for the labor force to grow." Bernstein, however, said raising for the sake of raising or to avoid having to cut rates too suddenly down the road, is not justified.

"You're either data-driven or you're not. You either have evidence of price pressures or you don't," he said.

"These rate hikes are not costless," he added. "Working people need a hot economy if they're going to get ahead and so tapping the breaks doesn't help them."