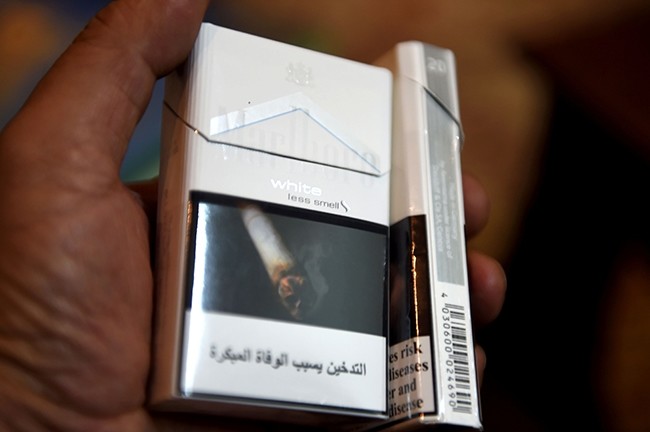 Saudi Arabia has implemented a "sin tax" that has doubled the price of cigarettes and soft drinks, in a surprising move from the Arab kingdom.

The tax targets "unhealthy products" in order to decrease the long-term medical costs incurred by citizens and the government, the General Authority of Zakat and Tax (GAZT) stated on its website.

News of the tax prompted smokers to stock up on their usual brands, while stores tried to prevent large sales in order to profit after the price hike. Smokers who bought a pack of cigarettes before the change paid 12 Saudi riyals ($3.20), only to pay SR 24 ($6.40) for the same pack days later.

Saudis said that the same buying frenzy took place with soft drinks, emptying the shelves until the price rise came into effect. New signs have also been added to the soft drinks shelves, reading "Energy drinks harmful to health."

The full warning on the cans states, "This product does not have any health benefits. Consuming more than two cans a day may negatively affect your health."

Stores that do not abide by the new prices will be subject to legal penalties and fines, the GAZT official website added.

Frequent smokers in Saudi Arabia and critics of the tax stated that the change would not stop people from smoking, as addicts would cut down on food or other expenses in order to buy cigarettes.

Starting in 2018, the Gulf Cooperation Council (GCC) countries are also planning to implement a value-added tax (VAT) of 5 percent on certain goods.