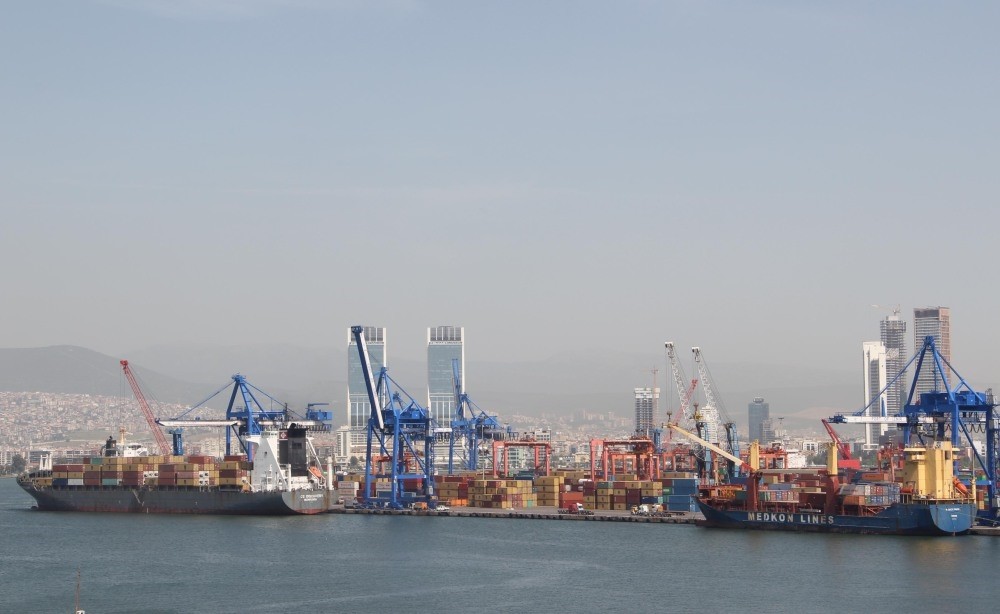 Turkey and Qatar's efforts to double last year's trade volume of about $700 million have gained momentum after the recent Gulf crisis.
by Daily Sabah with AA Jun 15, 2017 12:00 am

After Qatar was drafted into a blockade by some Arab countries, Turkey took the initiative to supply food and water for the country, a gesture that triggered the will to expand and improve economic ties between the two countries

Turkey's economic relations with Qatar have come to the fore after Turkey delivered food products to Qatar and announced support for the country following the blockade by some Arab countries led by Saudi Arabia, including the United Arab Emirates (UAE), Bahrain, Maldives, the administrations in Egypt and Libya. The relations are expected to rapidly improve in the upcoming period as well.

The efforts made between the two countries with the goal of doubling the trade volume of about $700 million last year have gained momentum after recent developments.

While interest in Turkish products is growing in Qatar, some Qatari companies carrying out major construction projects under the 2022 FIFA World Cup will come to İzmir to purchase natural stones.

Qatar, which has been maintaining stadium and hotel constructions for the 2022 FIFA World Cup, as well as motorway, hospital and railway connection projects, is critically important for the Turkish construction sector.

The Turkish marble and natural stone sector, which has an important share in world natural stone exports, has also designated Qatar as its target market. The first purchasing delegation will come from Qatar as part of the International Competitiveness Enhancement Initiative (URGE) Project supported by the Ministry of Economy, which includes 26 natural stone exporters.

Mevlüt Kaya, the chairman of the Aegean Mining Exporters' Association, told Anadolu Agency (AA) that they designated the U.K. and Qatar as priority countries within the URGE project, adding that they foregrounded Qatar as the country facing the unfair practices of other Arab countries.

Underlining that they are carrying out quick work with the trade consultancy channel considering the needs of the ongoing projects in Qatar, Kaya said, "We will welcome a serious purchasing committee from Qatar and we expect representatives from the companies that carry out projects in preparation for the World Cup. With the list not being certain, the representatives of nearly 20 companies will come." Referring to the fact that Turkish stones have proved themselves in the world with their quality and diversity, Kaya stated that they think Qatari companies will opt for Turkish stones. "We think that this country will import natural stones as much as five-10 times larger countries than itself in one or two years," he added.

Kaya announced that Qatari company representatives will hold bilateral talks with Turkish companies in their visit to be held in July and that they planned to send a delegation to this country in the near future.

It is predicted that Qatar will be one of the countries to which Turkey will carry out its greatest exports of construction materials and food products in the upcoming period.

White meat and egg exporters who continue to send products to Qatar after the blockade think that commercial relations with this country will increase rapidly.

Bedrit Girit, deputy chairman of Aegean Aquaculture and Animal Products Exporters' Association, pointed out that Turkey has showed that it is a foul weather friend of Qatar in these hard times.

Expressing that the product delivery to Qatar continues under the coordination of the Ministry of Economy, Girit said Qatari people take great interest in Turkish products.

He continued, "Qatar is a small but very popular market for exporters. We see Turkish products are preferred especially in the aftermath of the embargo. Food prices are expected to rise in this kind of crisis environment. However, Turkey has prevented speculation by acting quickly and without making any changes in prices." Stressing that Turkey has shown its friendly attitude toward Qatar in this crisis, Girit said Turkey is continuing to deliver products to Qatar as before, and will be the main supplier from now on.Rıza Seyyar, a board member of the Turkish Exporters' Assembly (TİM), noted that Qatar's fresh vegetables and fruit needs are usually met by Iran after the embargo, while Turkey sends processed food products and legumes to the country via air cargo.

Explaining that the export by ship will soon be on the agenda, Seyyar said that a delegation from Qatar plans to come to Turkey to discuss the issue.

"We will spend the night in Qatar with meetings and a working program. We will come back as earliest as possible," Zeybekci said.

"We do not accept this sanction imposed on Qatar during Ramadan. We are ready to do our best to meet the needs of Qatar. The needs of our Qatari brothers have been fulfilled with a high level of performance so far," Zeybekci said.