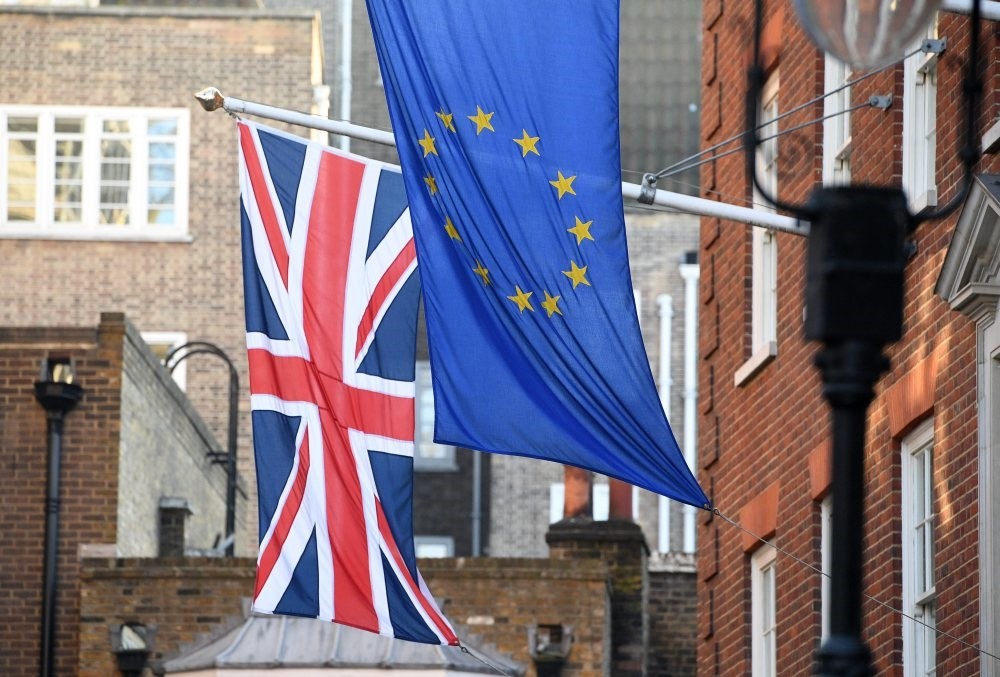 The EU and Union Jack flags fly side by side outside the Europa House in Westminster, London.
by French Press Agency - AFP Jun 21, 2017 12:00 am

Along with the official begining of Brexit talks and ongoing political uncertainity, the latest growth forecasts predict that Britain's economy will slow in upcoming years

The U.K.'s economy will slow in the coming years, the Confederation of British Industry (CBI) business lobby warned Tuesday, blaming domestic political turmoil and the impact of Brexit one day after EU divorce talks began.

The economy will expand by 1.6 percent this year before slowing to 1.4 percent in 2018, according to revised forecasts from the CBI after its 1.8-percent growth in 2016.

The CBI, which is the U.K.'s biggest employers' grouping, cited the fallout from this month's inconclusive general election.

"The U.K. is expected to see steady but subdued economic growth over the next couple of years," it said in a statement.

"The economy continues to face headwinds, with ongoing political uncertainty and Brexit negotiations which will require careful navigation by businesspersons and the government."

The latest growth forecasts marked upgrades from prior guidelines of 1.3 percent and 1.1 percent for 2017 and 2018 respectively.

Economy 'shifts down a notch'

"Growth should be steady, if it is restrained, over the next few years as the pace of the economy shifts down a notch," CBI Director-General Carolyn Fairbairn said.

"While the country's exporters should emerge as a real catalyst of growth, rising inflation and persistently low growth in wages mean that people are already starting to feel the pinch.

"So, after a frantic period in Westminster, this is the time for renewed focus on the economic fundamentals of this country."

The U.K. and the EU finally kicked off formal Brexit talks in Brussels on Monday, vowing to work constructively for a deal despite disarray in London over whether to go for a "hard" or "soft" divorce.

Conservative Prime Minister Theresa May has repeatedly insisted that the U.K. will leave Europe's single market or tariff-free zone in order to control EU immigration to ultimately deliver a so-called "hard" Brexit.

However, May's position weakened this month as she failed to secure an absolute majority in the election - which the premier was relying on to strengthen her negotiating hand.

Meanwhile on Monday, five major British business bodies called on Economy Minister Greg Clark in a letter for continued access to the European single market until a Brexit agreement has been sealed.

The groups - comprised of the CBI, the British Chambers of Commerce, the EEF Manufacturers' Organization, the Federation of Small Businesses and the Institute of Directors - all urged the government to "put the economy first."

"The interesting opportunity that we have is for the economy to retake center stage," Fairbairn told reporters on Monday.

"Our view is that there has not been enough emphasis placed on the economy in the past few months."

She added: "One of the things that we are hearing from all parties is the importance of the economy right now - the impact this has on people's lives - because that is what is going to make a difference regarding productivity, fairness and living standards."

"So. ...We would hope to see that having a real impact on negotiations."