With bank sanctions and arms sales, US hardens line on China 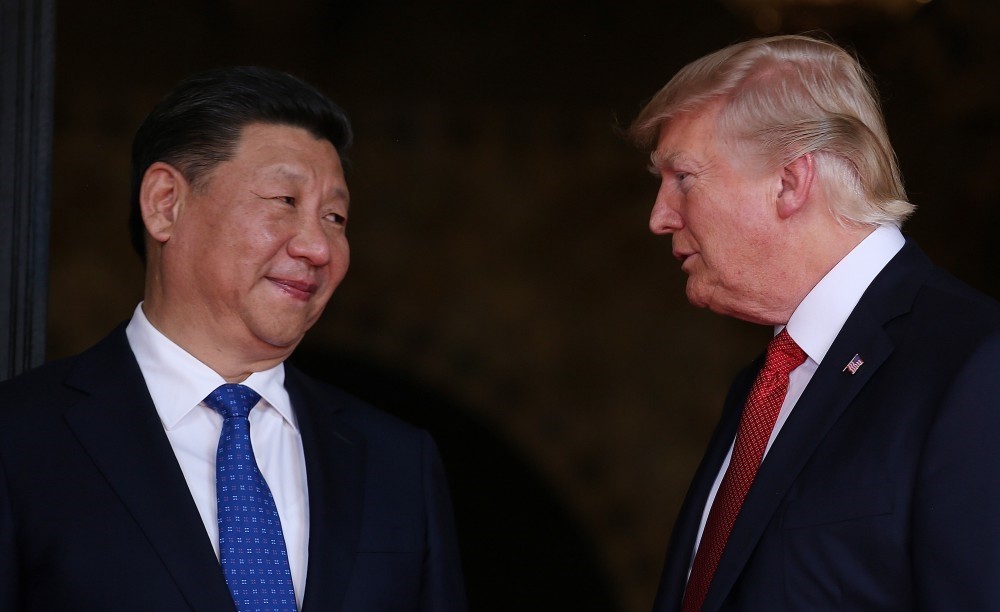 Frustrated with China for helping North Korea's arms and missile programs, the U.S. has hardened its approach to China, announcing a $1.4 billion arms sale to Taiwan

The Trump administration hardened its approach to China on Thursday, blacklisting a small Chinese bank over dealings with North Korea while approving more than a billion dollars in military sales to Taiwan.

The twin moves, both expected to infuriate Beijing, came just days after President Donald Trump appeared to lose faith in his strategy of enlisting Chinese help on North Korea, arguing in a cryptic tweet that it had "not worked out." Still, the U.S. insisted it still wanted to work with China, North Korea's biggest trading partner, to combat the nuclear threat.

"We are in no way targeting China with these actions," Treasury Secretary Steve Mnuchin said at the White House, referring to sanctions the U.S. slapped on the Bank of Dandong, accused of illicit dealings with the North.

It was unlikely China would see it that way, especially given the one-two punch with the sales to Taiwan, the self-governing territory that Beijing considers to be part of China. And Trump has a history of linking the Taiwan conflict to his broader hopes for cooperation with China.

Shortly after being elected president, Trump stunned Beijing when he broke with decades of U.S. policy by accepting a phone call from Taiwan's president. Two months later, after being sworn in, Trump reversed course and told Chinese President Xi Jinping he'd honor the "One China" policy that recognizes only Beijing, clearing the way for him to seek Xi's help on North Korea.

Trump has been leaning on Xi to help stop the North's development of nuclear weapons before they can threaten the U.S. homeland, with a focus on getting China to fully enforce international sanctions intended to starve Pyongyang of revenue. But last week, Trump tweeted that he appreciated Xi's efforts to help with North Korea but said it hadn't been successful.

The military sales, worth a total of about $1.4 billion, are the first such deal with Taiwan since Trump took office. A grouping of seven transactions, they include technical support for early warning radar, anti-radiation missiles, torpedoes and components for SM-2 missiles, the U.S. said. They consist mostly of upgrades to convert existing systems from analog to digital.

The administration said the approvals did not violate the Taiwan Relations Act that governs U.S. contacts with the island, and, indeed, the U.S. is legally obligated to sell weapons to Taiwan for its self-defense. State Department spokeswoman Heather Nauert said it illustrated U.S. support "for Taiwan's ability to maintain a sufficient self-defense policy."

"There's no change, I should point out, to our One-China policy," Nauert said.

Under the policy, the U.S. recognizes Beijing as the sole government of China but maintains strong unofficial ties with Taiwan and remains the island's main supplier of defense equipment.

Meanwhile, the Treasury Department proposed to sever the Bank of Dandong entirely from the U.S. financial system, pending a 60-day review. The sanctions bar Americans from doing business with the bank, which is based in a northeastern Chinese city on the North Korean border that serves as a gateway for trade with the isolated nation.

Mnuchin said the bank had facilitated millions of dollars of transactions for companies involved in North Korea's weapons of mass destruction and ballistic missile programs.

The U.S. also slapped sanctions on Dalian Global Unity Shipping Co. and on two Chinese people that it said facilitated illegal activities by North Korea. The Treasury Department accused the shipping company of transporting 700,000 tons of freight annually, including coal and steel products, between China and North Korea.

Anthony Ruggiero, a sanctions expert and former Treasury Department official, described it as a small Chinese bank "sitting at the heart" of trade between North Korea and China.

"This is a strong message to Chinese leaders that the Trump administration will act against North Korea's sanctions evasion in China," said Ruggiero, a senior fellow at the Washington-based Foundation for Defense of Democracies.

The military sales approved Thursday will go forward unless Congress formally objects in the next 30 days. Lawmakers have generally been strongly supportive of such sales, and House Foreign Affairs Committee Chairman Ed Royce, R-Calif., called it "long overdue."

China objected strongly to that sale, but it did not notably set back U.S.-China relations and military ties, as has happened after past arms sales to Taiwan. However, relations across the Taiwan Strait have nonetheless deteriorated in recent years.