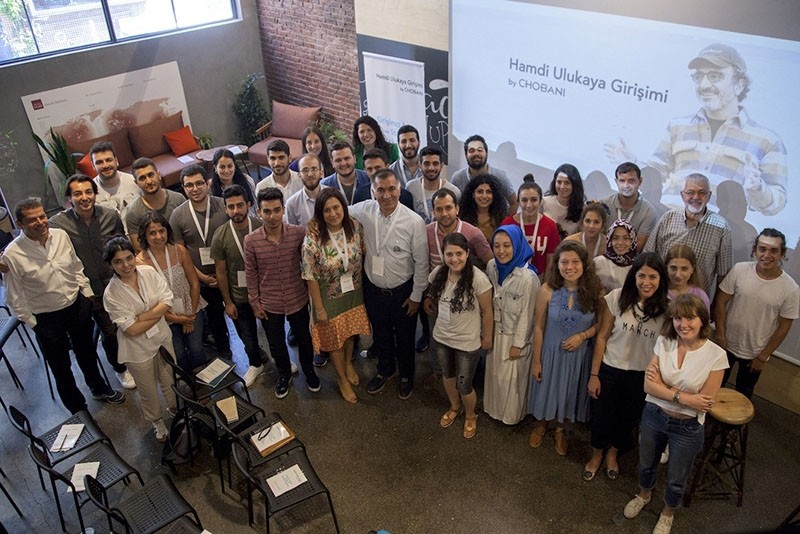 The Turkish-born businessman who established one of the most successful food businesses in the U.S. has set up a $5 million fund to support young Turkish entrepreneurs and start-ups for five years.

Hamdi Ulukaya, the founder of U.S. yogurt brand Chobani, launched the Hamdi Ulukaya Initiative, known as HUG in Turkish, to give education and consulting support for 24 entrepreneur candidates and 12 start-up firms.

Ulukaya moved from Ankara to the United States in 1994 where he transformed a shuttered factory into a flourishing yogurt company. Chobani now employs people in areas where jobs were formerly scarce, such as south-central Idaho and upstate New York.

"This initiative has a very special place for me because this time our aim is to make a difference in Turkey and realizing it through entrepreneurship," Ulukaya said in a statement.

Emphasizing that speaking English or a college degree was not required to participate in the program, Ulukaya said that they would rather ask candidates about their dreams or whether they had participated in social responsibility projects.

In its maiden year, the fund received applications from 3,330 entrepreneurs and 394 start-ups for the Entrepreneur Candidate Support Program and the Start-up Support Program. Winning applicants began business training in Istanbul, and during the three-week-long part in the U.S. that began Monday, they will attend workshops at Chobani facilities, seminars at the University of New York and visit several company and start-up headquarters. Start-ups will also be allowed to develop their own companies at the Chobani Incubation Center based in SoHo, New York.

Ulukaya added that since the time he founded Chobani, he has measured his commercial success with social benefits. Known for his philanthropy, last year Ulukaya gave 10 percent of his own stake in the company to its 2,000 employees. He also hired hundreds of refugees to work for the company and established the Tent Foundation, dedicated to improving the lives and livelihoods of the world's displaced people.

He was named among Time magazine's list of the 100 most influential people in 2017.

The following six startup companies were chosen to receive support through the program:
Otsimo: A mobile platform that aims to provide free education for children with autism through various games based on applied behavioral analysis.
E-Bursum (E-Scholarship): An online platform that brings together students, companies and individual supporters to increase students' access to scholarships.
Reflect: A design company that aims to create sustainable clothing designed based on experiences of people in need.
AgriKey: The company uses biotechnology to produce special plant food and plant protection products to improve productivity.
Unibble: A food-technology start-up aiming to deliver natural and innovative snacks through a membership system.
Hamamlook LLC: A beachwear company that imports handmade textile products produced in Turkey.