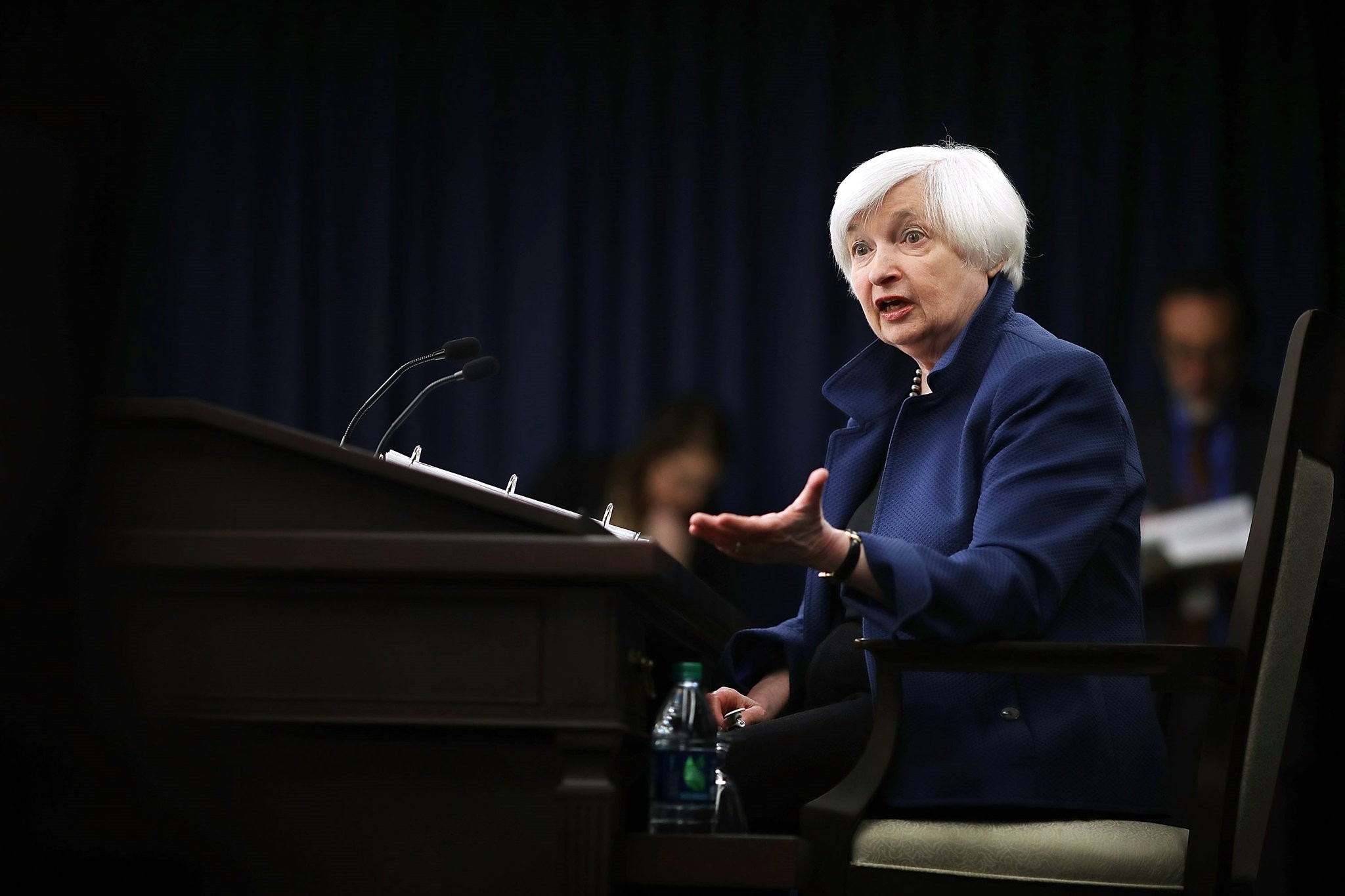 U.S. stocks opened higher on Wednesday after Federal Reserve Chair Janet Yellen said interest rates hikes would be gradual and will not have to rise much further to reach neutral rate.

Yellen, in a prepared testimony to be delivered to Congress at 10 a.m. ET (1400 GMT), said the economy is healthy enough to absorb further gradual rate increases and the slow wind down of the Federal Reserve's massive bond portfolio.

The testimony depicted an economy that, while growing slowly, continued to add jobs, benefited from steady household consumption and a recent jump in business investment.

Investors and some Fed officials, concerned with the recent dip in inflation, have been wanting to see a surer progress toward the central bank's goal of 2 percent inflation.

Yellen ascribed the inflation drop to "a few unusual reductions in certain categories of prices" and said it would eventually drop out of the calculation.

"What the Fed's doing and she's doing is continuing the case for raising rates."

The U.S. central bank will also issue its Beige Book at 2 p.m. ET, a compendium of anecdotes on the health of the economy. The Fed's next policy meeting is on July 25-26.

Ten of the 11 major S&P 500 sectors were higher, with the energy index's 0.97 percent rise leading the advancers.

The financial index was the only laggard and fell 0.15 percent.

Investors will also be keeping an eye on second-quarter earnings reports on Friday from big U.S. banks including JPMorgan Chase, Wells Fargo and Citigroup.

U.S. stocks closed flat on Tuesday after clawing back from a fall as emails suggested Donald Trump Jr. welcomed Russian help against Hillary Clinton in the 2016 presidential campaign.

On the stocks, Ocular Therapeutix shares were down 23.5 percent after U.S. FDA rejected the company's post operative eye pain drug.