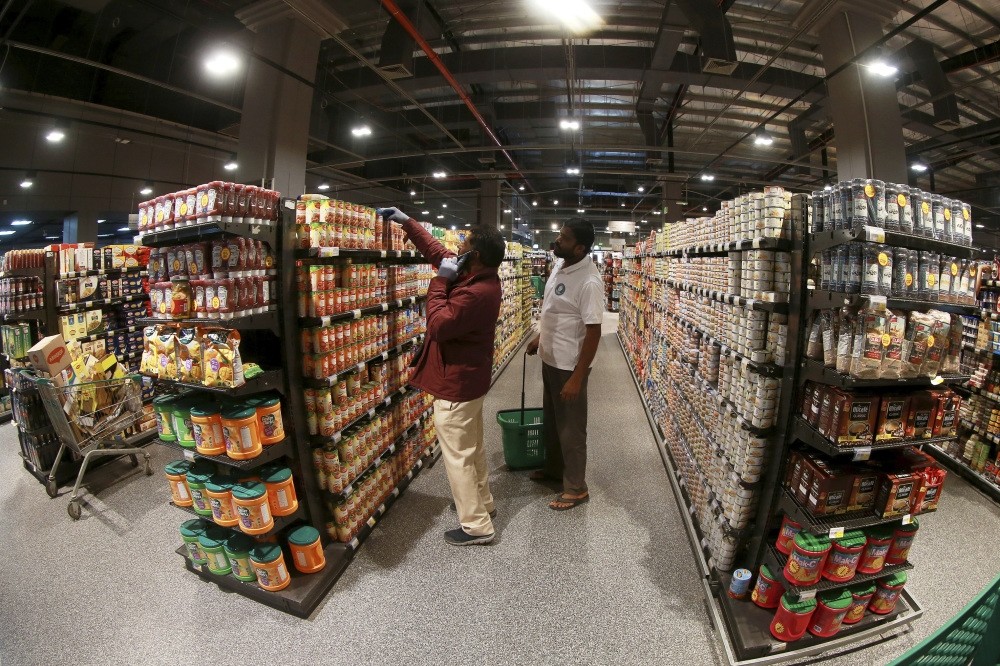 He met with Qatar's Economy and Trade Minister Sheikh Ahmed Bin Jassim al-Thani yesterday as they discussed recent developments in the region.

Meanwhile, the Qatari economy minister invited Turkish firms to Qatar, where an ongoing rift with its Gulf neighbors has resulted in the suspension of some projects.

Zeybekci said that he has been engaged in talks with his Qatari counterpart since the first day of the "unfair" blockade on Qatar.

He added that they were in constant contact with each other, as the economy ministers of two friendly countries that have marked fellowship on many previous occasions.

He said, "Perhaps the purpose of the isolation is to create a disturbance by preventing Qatar from meeting its needs within the country. But, Turkey has prevented this. So far, we have met the daily needs of our fellow Qataris with some 197 cargo flights, 16 trucks, and a cargo vessel."

Noting that Turkey was not only aiming to meet the urgent needs of Qatari people, Zeybekci said, projects to support the countries daily and long-term needs will continue.

Zeybekci stressed that trade and economic road maps between the two countries for the rest of this year and the following period was addressed at the meeting.

He said trade and economic relations between Qatar and Turkey are going through a smooth period, and added that Turkey wants the both countries to be in a peaceful, fraternal and predictable environment.

"We wish that the situation in Qatar will be over as soon as possible and that everything will return to normal, and the issue between these countries will be resolved within a framework of fellowship," Zeybekci said.

The Qatari Minister recalled the blockade that came into effect on June 5, resulting in the closure of Qatar's land and sea borders and airspace.

Underlining that the country was prepared for such situations thus implemented its emergency plans right away.

"Qatar's economy is very strong. It has always resisted regional and global economic crises," said al-Thani, pointing out that Qatar is one of the most developed countries in the world and one of the world's largest exporters of natural gas.

He said that Qatar has mostly imported food materials from Turkey, without any difficulty since the first hours of the blockade.

Expressing his gratitude towards President Recep Tayyip Erdoğan, the Turkish people and Turkish Economy Minister Nihat Zeybekci, al-Thani said, "Turkey has been beside us since the first hours of the blockade, and came to our assistance immediately."

He said that they discussed the opening of existing land and sea borders as well as the creating new lines in his talks with Zeybekci.

He confirmed that work on joint investments with Turkey continued and that there was no delay at any of the 2022 FIFA World Cup projects.

Al-Thani informed that the Turkish companies have continued to work on infrastructure and other projects in Qatar.

He suggested that there were more opportunities for Turkish companies at the moment since there were some projects that were being carried out by companies from the four countries that implemented the embargo.

"Turkish companies now have more opportunities due to the fact that these projects were either suspended or canceled."