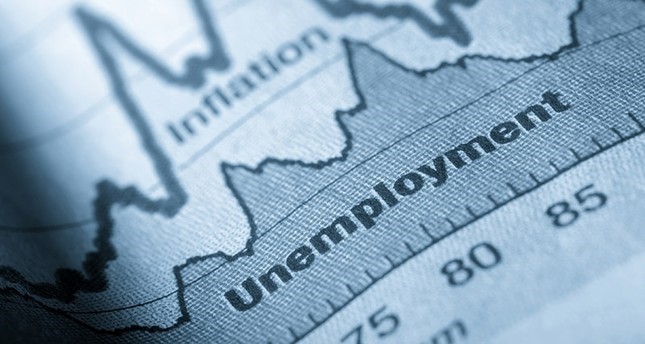 The national statistics body, however, revealed that the rate was 1.2 percent higher compared to the same period last year. Meanwhile, April employment rates have remained unchanged at 47.2 percent.

According to the distribution of employment by sector, 18.9 percent was employed in agriculture, 19.1 percent in industry, 7.8 percent in construction and 54.3 percent in services.

"The strong growth performance of our economy will produce more jobs," he said.

Meanwhile, Development Minister Lütfi Elvan pointed out that the economy data for first half of the year showed that the Turkish economy was performing well. He said the high growth performance caught in the first quarter will continue throughout the year.

Commenting on the unemployment rate, Enver Erkan, an analyst at KapitalFX, said the April rate fell below market and analyst forecasts that stood at 11 and 10.7 percent, respectively.

"We see two main contributors to Turkey's labor market conditions," he said, adding, "Firstly, after a strong economic growth in the first quarter of 2017, we see the leading indicators of the second quarter affecting economic growth positively."

In the first quarter of 2017, Turkey's economy grew by almost 5 percent, according to TurkStat data released on June 12.

Erkan said they expected the strong growth momentum to continue and have a positive effect on the labor market.

"Secondly, [we see] the results of policies to stimulate the labor market. As a result of some labor campaigns, new hiring increased and had a marginal effect on the unemployment rate. But, the stronger GDP growth outlook for the second quarter should be seen as the main contributor," he explained.

He went on to say that a single-digit unemployment rate could well be seen in the next two months.

"This is mainly because of the effects of the seasonality of early summer. However, a decline to single digits seems more difficult for the annual average numbers. We see the average 2017 unemployment rate as 11 percent," he added.

"For the rest of the year we expect unemployment to fall gradually, but we are far from experiencing a significant improvement in employment conditions unless we see additional measures," he added.