Trump seeks crackdown on imported products with 'Made in America' label 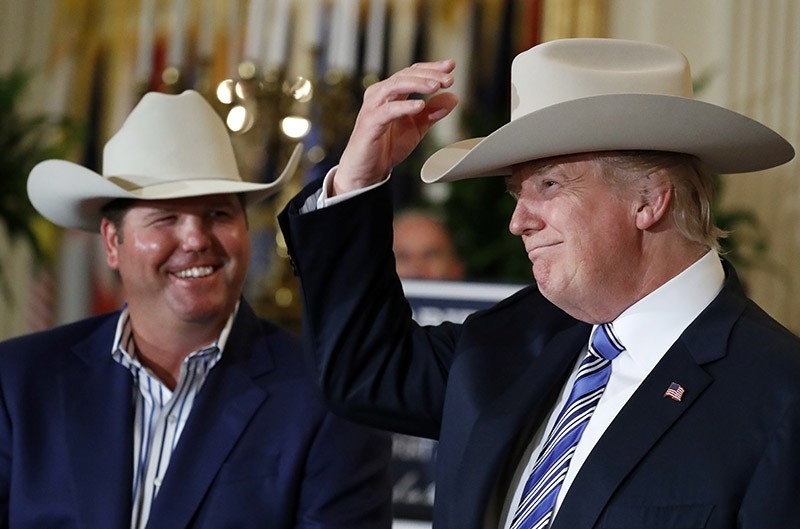 In this July 17, 2017, photo, President Donald Trump tries on a Stetson hat, as Dustin Noblitt, with Stetson Hats, smiles, during a ,Made in America,, product showcase at the White House in Washington. (AP Photo)
by reuters
Jul 19, 2017 12:00 am

U.S. President Donald Trump is looking for ways to defend American-made products by certifying legitimate U.S. goods and aggressively going after imported products unfairly sporting the "Made in America" label, the White House said on Tuesday.

Trump, who campaigned on reviving the U.S. manufacturing sector, vowed on Monday that his administration would crack down on "predatory online sales of foreign goods" hurting U.S. retailers.

On Wednesday, Trump will discuss with small- and medium-sized manufacturers how to certify their products and keep out foreign counterfeits, a senior administration official told reporters. Their products include gutter filters, flags and pillows.

"There's just too many examples of foreigners slapping on 'Made in America' labels to products and the worst insult is when they do it after they have actually stolen the product design," the official said.

The United States loses about $300 billion a year to theft of intellectual property ranging from semiconductors to jeans, the official said.

The White House plans to work with the private sector on the new certification and verification system rather than create new regulations or spend taxpayer money, the official said, citing as a model the LEED system used to rate the environmental sustainability of building projects.