Cosmetics lure tourists from across Middle East to Turkey 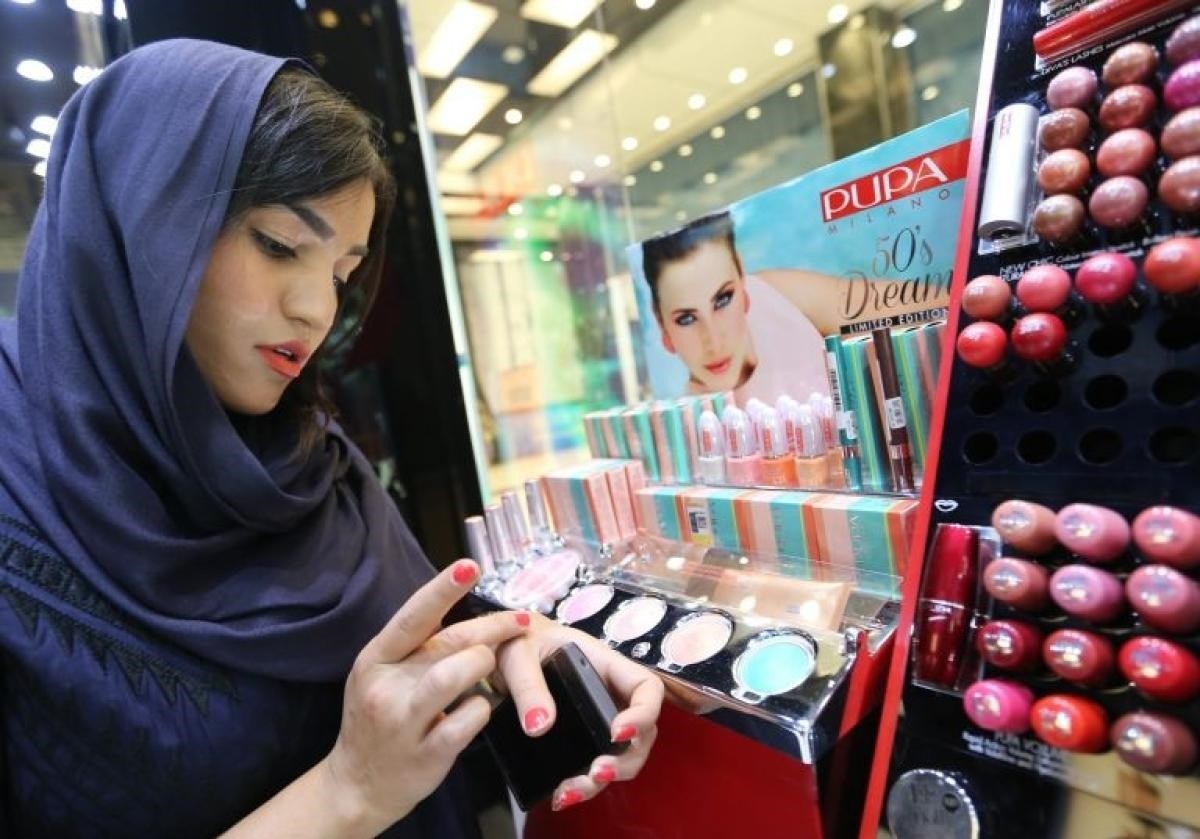 Cosmetics shops have become a recent favorite of Middle Eastern tourists that purchase their cosmetics products in Turkey. Some come just to buy these products. Middle Eastern shoppers buy two to three times more than the average person, increasing the income of cosmetics shops. Renowned brands such as Sephora, Gratis, M.A.C, Eyüp Sabri Tuncer, Flormar and Golden Rose come to the fore in this recent upsurge. Turkey's cosmetics market, which has the fastest growth rate in the retail sector, has attracted the attention of Middle Eastern investors as well as global brands. They knock on the doors of Turkish brands with purchasing, partnership and franchise offers. While other shops on İstiklal Street go out of business, cosmetic brands are opening second stores. Some 20 brands are expected to open 597 stores in one year.

Eyüp Sabri Tuncer Deputy General Manager Atilla Arıman said that the increase in the number of Middle Eastern tourists to Turkey, especially Istanbul, has been beneficial for cosmetics companies, adding that they are mostly interested in stores located in Karaköy and the Historical Bedesten Bazaar. Pointing out that there are Middle Eastern customers who purchase products worth thousands of liras in one sitting, Arıman said: "We reach sales worth about TL 10,000 [$2,842] in one sitting, particularly in our products from the oud series. For a higher level of shopping demand, we deliver the products to their countries."

Arıman said Middle Eastern tourists have shown great interest, especially in personal care products such as rose, oud, amber and the new Istanbul-themed Eau de Cologne series, adding that from time to time there are even entrepreneurial customers who want to move their store concepts to their countries. Stressing that while Middle Eastern tourists have an important place in turnover, the most important development is showing itself in exports to countries in the region, and Arıman said the share of direct exports to these countries is approaching 60 percent of total export sales. Pointing out that Turkish cosmetics brands are successful in franchising and that are highly demanded, Arıman said: "We also receive similar merging or acquisition offers through various fund administrations. But we do not lean toward those ideas."

A representative from an M.A.C Istanbul store stated that Middle Eastern tourists are very generous in their cosmetics purchases, stressing that there are even tourists who purchase products worth TL 10,000-20,000 in one sitting. "Some days we only sell to Middle Eastern tourists. In fact, the number of customers who want makeup is also quite large. Many give the products they have purchased as gifts to their friends in their countries, while others sell them," the M.A.C. representative added.

Noting that they have attracted a great deal of interest from tourists from many Middle Eastern countries, especially from Iran, Flormar Marketing Director Can Dilek said they do collective shopping as a general preference. Dilek said that 10 percent of the turnover of the Turkish retail sector comes from tourists, highlighting that Middle Eastern tourists spend two to three times their basket average. Noting that the interest in Turkey remains quite high and continues to grow, Dilek stated that Turkey would become an even more attractive investment region each passing day.

According to General Coordinator of KTSD and Deputy Chairman of The Union of Chambers and Commodity Exchanges of Turkey (TOBB) Cosmetics and Cleaning Products Industrialists Association Vuranel Okay, exports in the cosmetics sector amounted to $1.2 billion in 2015. Regarding Turkey's exports, the weight of Iran seems to increase. Hair products, makeup and skin care products are mostly exported to Iran. Another live market is North Africa. Shaving products, deodorants and colorful cosmetics are also exported there.

The world cosmetics sector, which grows 10 percent on average every year, has a volume of $460 billion. It is projected to rise to $675 billion in 2020. In Turkey, it is over TL 8 billion. While cosmetics consumption increases by 10-20 percent in Turkish lira under normal circumstances, in recent years it has made no progress in foreign exchange terms due to various internal and external factors. Cosmetics spending per capita in Turkey is $30, while this figure is much higher in Europe and the United States.

The 85-year-old luxury Saudi Arabian brand Abdul Samad al-Qurashi, which interests Gulf tourists in Turkey, has opened stores in the country. The brand, which has 400 stores and 600 sales points worldwide, has two stores each in Istanbul and Ankara. Abdul Samad al-Qurashi, the most famous and biggest brand in Saudi Arabia, sells essence and perfume in a price range between TL 200 and TL 20,000 and incense from TL 200 to TL 200,000.

Noting that Middle Eastern tourists know the brand well and that shoppers come and purchase lots of products, store representative Muhammad Hicazi said their customers are standard and that natural incenses attract the greatest interest. Hicazi stated that incenses used by Middle Eastern women for a nice hair odor, especially after bathing, are from natural trees coming from countries such as Taiwan and India and they contain no chemicals. In addition, Hicazi said that for 3 grams of rose essence, 2,000 roses are used and that the price of a bottle of the 3-gram rose essence is TL 1,250, adding that Middle Eastern people are particularly fond of the rose scent. In addition, the brand that sells the perfume of the King of Saudi Arabia wants TL 15,000 for this silver-bottled perfume.