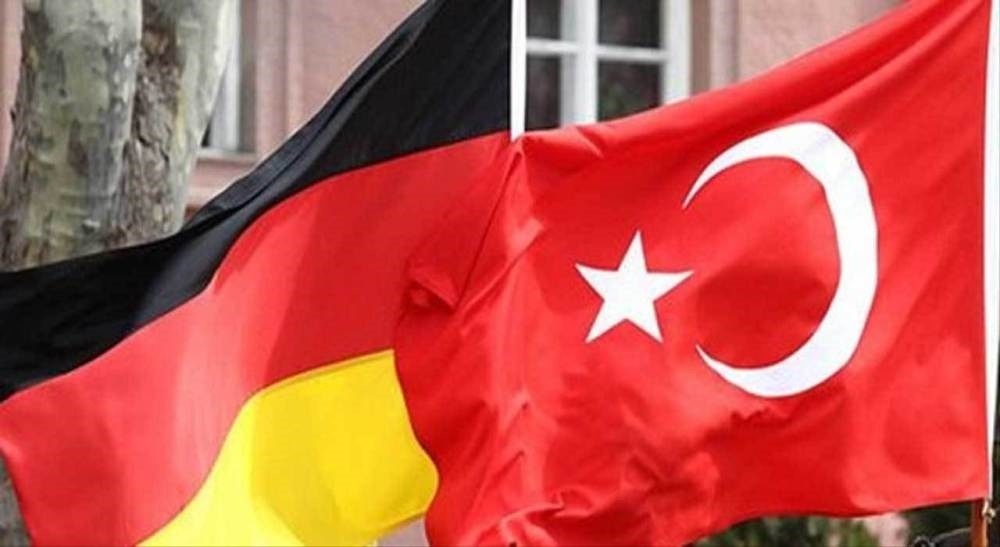 In reply to remarks by German officials that Berlin would not encourage companies to invest in Turkey or provide investments guarantees, Turkish officials said German investments in Turkey were fully guaranteed

Following statements on Thursday from the German foreign minister that Berlin would not encourage German businesses to invest in Turkey or provide investment guarantees to German companies, Turkish officials said German investments in Turkey are fully guaranteed by both the Turkish government and its laws, and denied claims Ankara gave Berlin a list of companies it was targeting for suspected links to last year's coup attempt. Also, a number of German companies indicated that they are still eyeing opportunities in Turkey and that they will sustain their investments in the country.

Economy Minister Nihat Zeybekci in an interview with Reuters in Ankara late on Thursday said: "All German investments in Turkey are 100 percent under the guarantee of the Turkish government, the state and law."

Zeybekci also denied reports that Ankara gave Berlin a list of companies it was targeting for suspected links to last year's coup attempt: "The Turkey-Germany crisis is temporary. One must refrain from words that would cause lasting harm to the economies. Germany must reassess comments that are inappropriate."

President Recep Tayyip Erdoğan on Friday also condemned comments by Germany's economy minister warning companies off investing in Turkey and said the country should "pull itself together" as a dispute between the NATO allies escalates. Prime Minister Binali Yıldırım also made remarks Friday in response to German Foreign Minister Sigmar Gabriel's statement on Thursday.

Speaking to journalists in Ankara, Yıldırım said: "These companies are owned by German individuals, but they are [run by] Turks. Some of them have been in operating in Turkey for over half a century." He also called on people not to make "worrying statements" targeting businesses keen on investing in Turkey.

Yıldırım also denied claims that 68 German firms in Turkey were under investigation.

Ties between Ankara and Berlin have been experiencing turbulence, as the former blames the latter for hosting and supporting terrorist organizations such as the PKK terrorist organization, the Revolutionary People's Liberation Party-Front (DHKP-C) and the Gülenist Terror Group (FETÖ) that perpetrated the July 15 coup attempt last year. Germany accuses Turkey of moving away from democratic norms and values after July 15 and arresting German citizens. Gabriel announced on Thursday a range of steps to be taken against Turkey in response to the detention of Peter Steudtner, a German national who faces terrorism charges by Turkish authorities and who the German government says is a human rights' activist.

Die Zeit newspaper reported last week that Turkish authorities had several weeks ago handed Berlin a list of 68 German companies, including Daimler and BASF, which Ankara claims has links to U.S.-based cleric Fetullah Gülen, who Ankara blames for orchestrating last July's failed coup. "The allegation that Turkish authorities gave Germany the names of German companies linked to Gülen is not true. This is fake news," Zeybekci said.

Press reports that Turkey is investigating Germany's Daimler and chemicals giant BASF are "completely false," Deputy Prime Minister Mehmet Şimşek said on Twitter on Thursday, adding that Ankara welcomed German investors. Zeybekci said Germany cautioning its citizens over travel to Turkey was "unfortunate," but he did not see it as bringing any harm to the tourism industry.

German consumer electronics retailer Ceconomy and food wholesale and hypermarket company Metro are still eyeing opportunities in Turkey, spokespersons for the companies said on Friday. "Our market share is growing," a spokeswoman for Ceconomy, which has 45 Media Markt and Saturn stores in Turkey, told Reuters. "We are investing in our presence there." A spokesman for Metro, from which Ceconomy was split off this month, said it was monitoring the situation but also saw opportunities to develop.

Meanwhile, the president and senior manager of Bosch Turkey and the Middle East Steven Young has announced that the company will invest TL 650 million ($184.2 million) in Turkey this year, adding that the lion's share of this investment will go to Bursa.

Young said that 2016 was a good year for the Germany-based company, adding that Bosch increased its worldwide turnover rate by 3.6 percent last year to $73.1 billion and increased its number of employees to 390,000. Pointing out that Bosch Turkey also grew last year, increasing its turnover by 14 percent to TL 12 billion, Young said: "We continued our investments and invested TL 750 million in Turkey as a group. Turkey has attracted the fourth largest investment on Bosch's global investment scale. In this sense, Turkey is a very important country for Bosch."

Regarding a question of whether the problems experienced between Turkey and Germany have affected the investments, Young said investments have not been affected, referring to both this year and the previous year, adding that the current investment environment is conducive for further investments and offers very attractive incentives in Turkey. "We were chosen as the firm to receive the largest number of incentives in the automotive sector last year, which indicates Bosch's trust in operations in Turkey and the entire country," Young said.