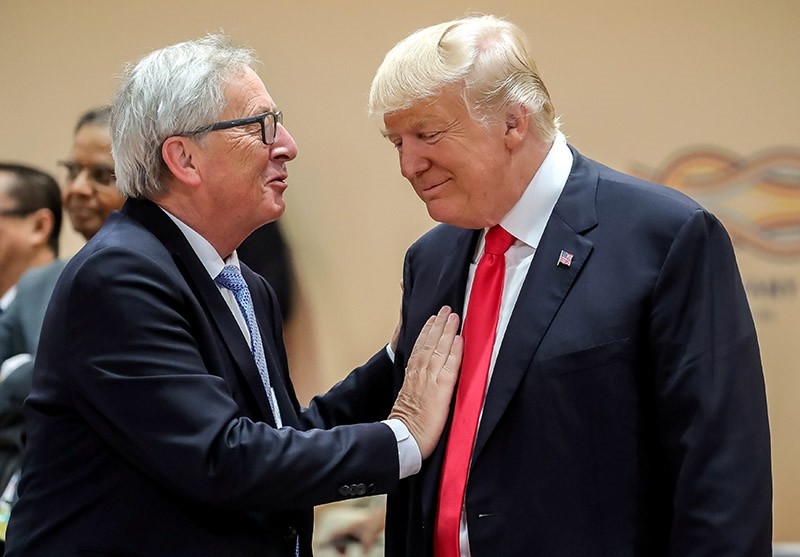 European Commission President Jean-Claude Juncker, in an interview with the Financial Times, said the possible new potential sanctions on Russia being prepared by the United States over the Ukraine crisis could affect the European Union's energy needs due to a lack of coordination between the two continents.

Juncker has also reportedly said the European Union is getting ready to retaliate "within days" should the American sanctions hurt European firms, especially those in the energy business.

The U.S. Congress bilaterally supported a new sanctions law, and the bill, which in addition to Russia also targets Iran and North Korea, will go through the House of Representatives today.

Now all eyes from both side of the Atlantic will be on U.S. President Donald Trump once more as he has being asked whether or not he will support the bill by American media, while the Europeans are looking for a "public or written assurance" from his administration that the planned sanctions would not hurt EU business interests.

According to Eurostat, over half of the EU-28's gross inland energy consumption in 2015 came from imported sources.

The proposed U.S. bill, which made its way through Congress last Saturday, also designates the Russian Nord Stream 2 gas pipeline as a threat to the Ukraine and the EU's energy security. It also lists other alleged dangers, such as Russian influence and cyberattacks.

Among the retaliatory strategies being considered by the European Commission is a law preventing U.S. measures from being "recognized or enforceable" within the European Union, as well as plans to bring in the World Trade Organization and prepare "compliant retaliatory measures."

"The measures could impact a potentially large number of European companies doing legitimate business under EU measures with Russian entities in the railways, financial, shipping or mining sectors, among others," reads a European Commission meeting note obtained by the Financial Times.

As such, the EU has warned that, despite its own sanctions against Russia over the Ukraine and other matters, uncoordinated actions taken could lead to "unintended consequences."

The EU's policy on Russian sanctions stems from its will on "de-escalating the crisis in the Ukraine and on assisting the Ukraine in ensuring a stable, prosperous and democratic future for all its citizens." The EU believes that the separatists in Ukraine are directly supported by the Kremlin. It also holds that the annexation of Crimea was an illegal action and does not recognize it. As a result, it has imposed restrictions on the sales of European goods to Russian markets and has also, as of 2014, frozen the assets and set travel bans against what it called "persons involved in actions against Ukraine's territorial integrity." As of June 28, the EU has decided to prolong its sanctions by six months as a result of the failures of the Minsk agreements.

The latest White House press briefings are dominated by questions revolving around President Trump's approval, or lack thereof, of the possible anti-Russian sanctions, not only because of the U.S. media's constant reporting on alleged Russian meddling in the 2016 election, but also due to the fact that Trump ran on a platform of trying to better relations with Russia and Russian President Vladimir Putin, a stark contrast to the proposed policies of his opponent, Democratic candidate Hillary Clinton.