Dow Jones over 22,000 points for the first time thanks to Apple, other stocks fall 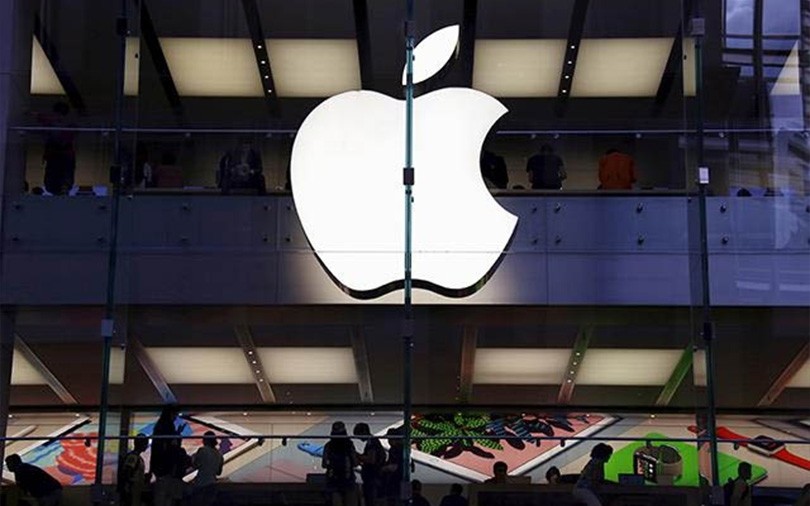 Stocks are mostly lower Wednesday, but a big gain for Apple sent the Dow Jones industrial average above 22,000 for the first time. Movie theater companies and studios are tumbling after AMC Entertainment gave a weak forecast and said it will cut costs. Health care companies are down as prescription drug distributor Cardinal Health gets pummeled after cutting its forecasts for the year.

Two stocks fell for every one that rose on the New York Stock Exchange.

APPLE GETS AN 'A': Apple's fiscal third-quarter profit and sales were better than experts had anticipated. Perhaps just as important, the company offered a strong sales projection. Apple stock had slipped in the last two months because some investors were worried that the production problems would delay the launch of the next iPhone, which would have hurt the company's fourth-quarter sales. But Apple's revenue estimate was better than expected and greater than last year, when the iPhone 7 was released.

HORROR FILM: Movie theater operators plunged after AMC Entertainment said U.S. box office receipts dropped 4.4 percent in the second quarter, and it expects the third quarter to be difficult as well. AMC it also taking a charge of $200 million because its investment in another chain, National CineMedia, lost value. The company is also planning to slash costs by cutting operating hours and staff levels while trying to boost revenue with new pricing plans and discounts.

Car retailer AutoNation also had a disappointing quarter as prices for used cars fell. It dropped $2.38, or 5.7 percent, to $39.59.

THE QUOTE: Despite Wednesday's mixed results, Kate Warne, an investment strategist for Edward Jones, said investors are encouraged that companies are reporting rising profits based on greater revenue and strong demand, not stock buybacks and other financial moves.

"Companies are reporting better than expected earnings because of growing sales," she said.

CARDINAL SEES RED: Prescription drug distributor Cardinal Health forecast a much smaller profit than analysts expected. The company said it's being hurt by lower prices for generic drugs, as well as smaller increases in the prices of brand-name drugs and the loss of a contract with the Safeway grocery chain. The company's stock lost $7.11, or 9.2 percent, to $70.22.

ILLUMINA LIGHTS UP: Genetic tools company Illumina raised its projections for the rest of the year after solid results in the most recent quarter. The company said demand for its NovaSeq genetic sequencing system was better than expected, and its stock gained $21.76, or 12.6 percent, to $194.06.