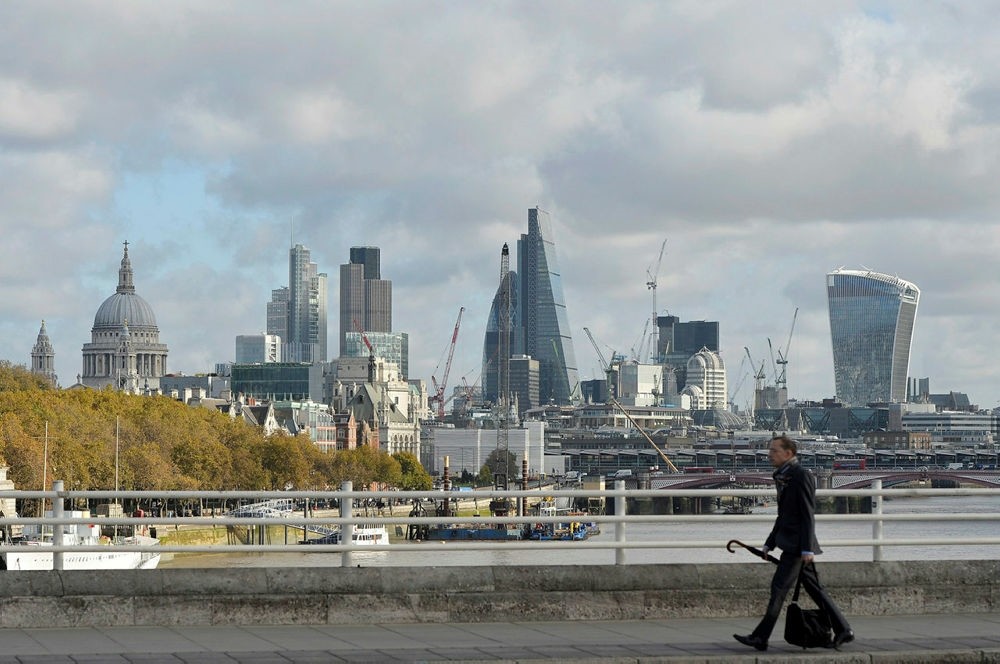 The Bank of England on Thursday cut its UK growth forecasts with governor Mark Carney warning that high inflation triggered by a Brexit-fuelled slump in the pound had hurt consumer spending.

His warning, coming after the BoE left its key interest rate at a record-low 0.25 percent at a regular policy meeting this week, sent the pound tumbling to a nine-month low against the euro, as policymakers appeared to shift away from raising borrowing costs any time soon.

Sterling has struggled to mount a recovery since collapsing in value after Britons voted in June 2016 to exit the European Union in a shock referendum result.

Carney on Thursday said that while consumers in general had first looked beyond warnings -- including by the BoE -- that Brexit risked harming the UK economy, there was no ignoring the fact that sentiment had taken a knock.

"Households looked through Brexit-related uncertainties initially, but more recently -- as the consequences of sterling's fall have shown up in the shops and squeezed their real incomes -- they have cut back on spending, slowing the economy," the Canadian national told a press conference.

"Businesses have been somewhere in between but since the referendum they have invested much less aggressively than usual," Carney added.

The BoE cut its estimate for 2017 gross domestic product growth to 1.7 percent from a forecast of 1.9 percent given three months ago, it said in a report accompanying the latest monetary policy update.

And it expects GDP growth to fall back to 1.6 percent next year, down slightly on the previous expectation of 1.7-percent expansion.

In minutes from its latest meeting, the BoE said GDP "remains sluggish in the near-term as the squeeze on households' real incomes continues to weigh on consumption", as Britain gears up to exit the EU against a backdrop of high domestic inflation.

Sterling slumped against the euro and dollar on news that the rate-setting Monetary Policy Committee (MPC) voted 6-2 to keep interest rates unchanged in August.

The MPC had voted 5-3 to freeze borrowing costs at its previous gathering in June.

The European single currency soared to 90.42 pence -- its highest level since November 2016 -- as dealers predicted a hike was now unlikely this year.

"The market took the decision as pretty dovish, probably because the ... vote suggests the MPC is a little further away from hiking than it was last time," said ETX Capital analyst Neil Wilson.

Policymakers agreed however to increase cheap lending for retail banks before the expiry of the Term Funding Scheme next February.

The rise in prices sits alongside weak average earnings growth in the country, reducing the chances of a rate hike from the BoE this year that would mirror the policy of monetary tightening in the United States.

British inflation is being supported by a Brexit-fuelled slump in the pound pushing up import costs -- although the annual rate managed a slowdown to 2.6 percent in June from a near four-year high of 2.9 percent in May.