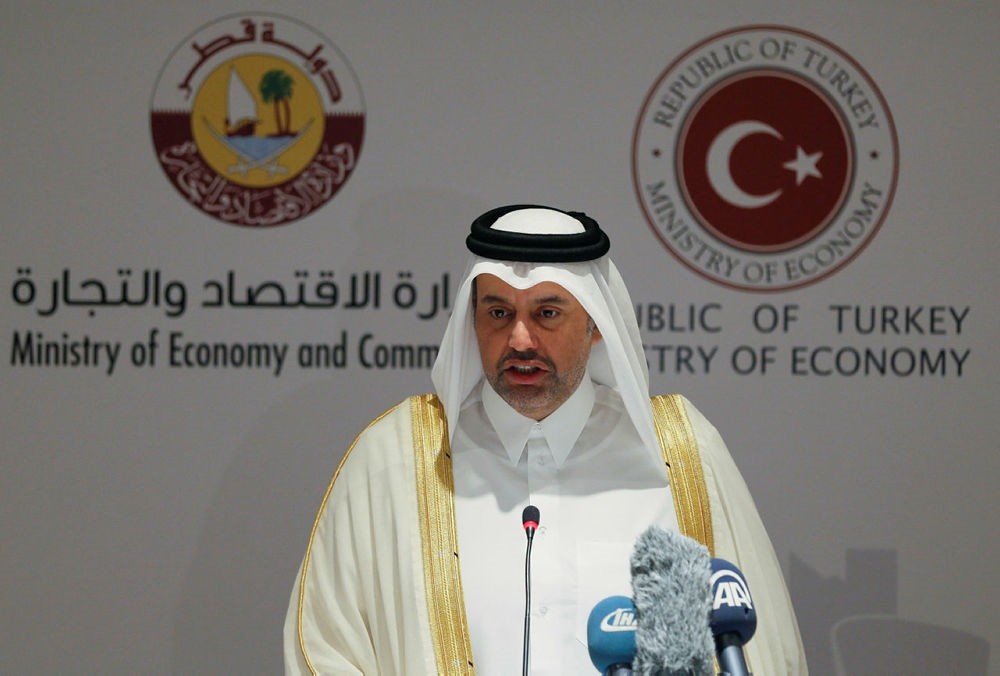 The Qatari economy and commerce minister said Thursday that the embargo imposed by neighboring Gulf states was broken in hours after Turkey rushed to Qatar's aid and sent supplies shortly after Saudi Arabia shut Qatar's only land border.

Speaking at a Turkey-Qatar business forum in the western Turkish province of Izmir, Sheikh Ahmed bin Jassim bin Mohammed al Thani said the "cruel" blockade did not have a major impact on Qatari economy thanks to the support of the Turkish government, and that Qatar is not experiencing any shortages after the embargo.

The minister said the trade volume between Turkey and Qatar gained momentum and reached approximately $554 million in the first half of 2017.

"Increasing the trade volume between the two countries, accelerating the process of bringing Turkish goods into the Qatari market and making new investments will make our relations stronger against any problems that can arise in the future."

Turkish Economy Minister Nihat Zeybekçi also spoke at the forum, saying that Turkey is capable of meeting all Qatari needs from electronics, cleaning supplies and health tourism to technology and education.

Turkey has sent a total of 221 cargo-planes of everyday items to Qatar after the blockade, the minister said.

He also proposed that Turkey, while sending goods to Qatar, could send raw materials, which Qatar could process at its own plants.

The two ministers later gathered for a closed-door meeting.

Since June 5, Qatar has been under a blockade by Arab countries - including Saudi Arabia, the United Arab Emirates, Egypt, Bahrain, and Yemen - which accuse Doha of supporting terrorism.

The Qatari government has denied all the accusations, blasting the blockade as unjustified and a violation of international law.