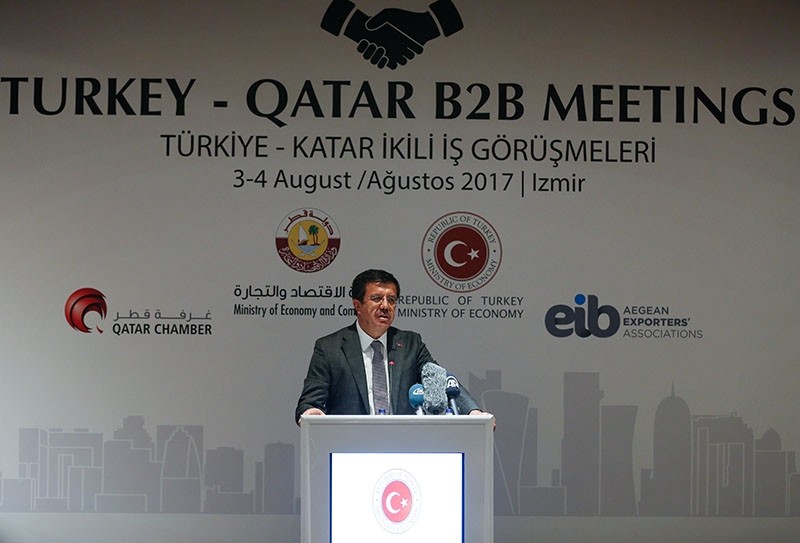 "We're thinking about alternatives for land trade routes with Qatar but the easiest way is passing through Iran," Zeybekci told Anadolu Agency in an exclusive interview.

In early June, a handful of Arab states -- led by Saudi Arabia -- abruptly severed diplomatic relations with Qatar and imposed a blockade on the tiny Gulf country, accusing it of supporting terrorist groups.

"We want to meet all of Qatar's needs. We want all good providers in Turkey to sell products, including cleaning materials, domestic appliances [...] and textile, in Qatar," Zeybekci stated.

Trade between Turkey and Qatar increased in June and July, Zeybekci said, adding: "We have to make this increase permanent."

"We want to make it [transportation] economic, sustainable and reliable," he added.

"Shipment by sea will gain importance. We foresee that at least four large tonnage ships would go to Qatar monthly but the land route is an alternative for carrying flexible and smaller packages," Zeybekci added.