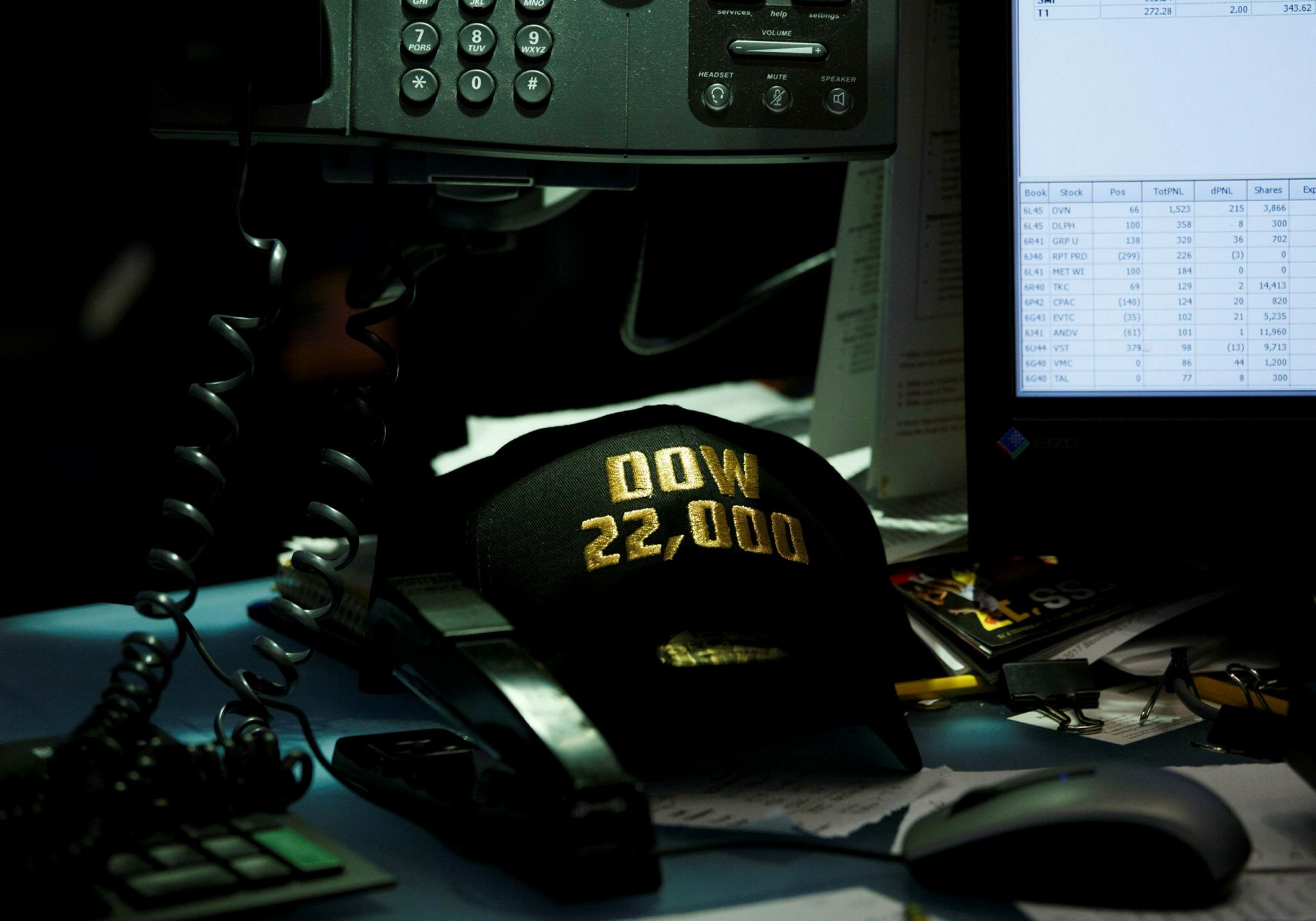 The Dow and S&P 500 ended at fresh records Monday as a strong second-quarter earnings season continued to attract more funds to the U.S. equity market.

At the closing bell, the Dow Jones Industrial Average had posted its ninth straight record at 22,115.68, a 0.1 percent increase over Friday's close.

A broad measure of equity markets across the world climbed to a record high, boosted by gains in Asia, while U.S. and European markets were little changed, with U.S. energy shares capping gains on the benchmark S&P 500 index.

Oil prices fell, pressured over the past several days after last week climbing to their highest since May, as OPEC exports hit a record peak last month and output rose to a 2017 high. However, both U.S. crude and Brent settled far from their session lows.

"I have seen a lot of companies exceeding their revenue growth and we also have better-than-expected global growth, which are the main drivers for equities," said Kim Forrest, senior equity research analyst at Fort Pitt Capital Group in Pittsburgh.

MSCI's gauge of stocks across the globe gained 0.25 percent and was on track to close at a record high. The pan-European FTSEurofirst 300 index lost 0.12 percent.

Oil prices fell, with energy markets focused on comments from OPEC and non-OPEC officials meeting in Abu Dhabi to discuss ways to boost compliance with a deal to cut output.

Production at Libya's Sharara field was returning to normal after a brief disruption by armed protesters.

"The petroleum markets are tipping toward the lower end of their recent trading range as oil producers meeting in Abu Dhabi have been slow to assure the market that compliance with this year's production cuts will be improved, although we continue to note that adherence to the limits has actually been quite strong by historical standards," Tim Evans, Citi Futures' energy futures specialist, said in a note.

In currency markets, the U.S. dollar edged lower but held onto most of Friday's gains as investors await inflation data this week that may signal a turnaround in the greenback's weakness this year.

"We have a view that the U.S. dollar is due for some mild corrective strength in the near-term and we see some confirming price action from some of the key G10 currency pairs," said Erik Nelson, currency strategist at Wells Fargo Securities in New York.

"Some of these dollar-bloc currencies are starting to show signs of maybe rolling over in the near-term."

In the absence of major U.S. economic data, the Treasuries market was little changed and focused on a heavy schedule of government and corporate bond issues this week, which could push yields higher.