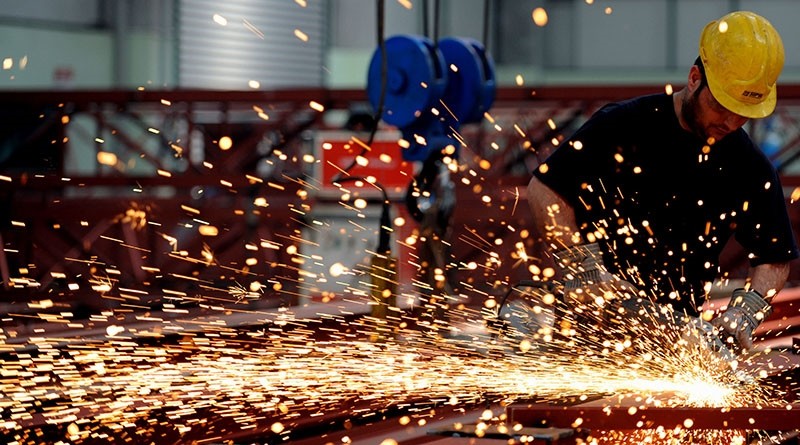 On an annual basis, the manufacturing index saw the biggest rise in June, up 3.8 percent, among all three main sub-indices, TurkStat said.

In the same period, the electricity, gas, steam, and air-conditioning supply index also increased by 2.5 percent while the mining and quarrying index decreased by 0.5 percent.

Meanwhile, the country's industrial production declined by 0.4 percent in June on a monthly basis, TurkStat noted.

In June, the mining and quarrying index rose by 1.2 percent while the electricity, gas, steam and air-conditioning supply and the manufacturing indices fell by 0.6 percent and 0.5 percent, respectively.

According to a survey conducted by Anadolu Agency's Finance Desk on Friday, the median estimate for annual industrial production in 2017 stands at 3.1 percent.