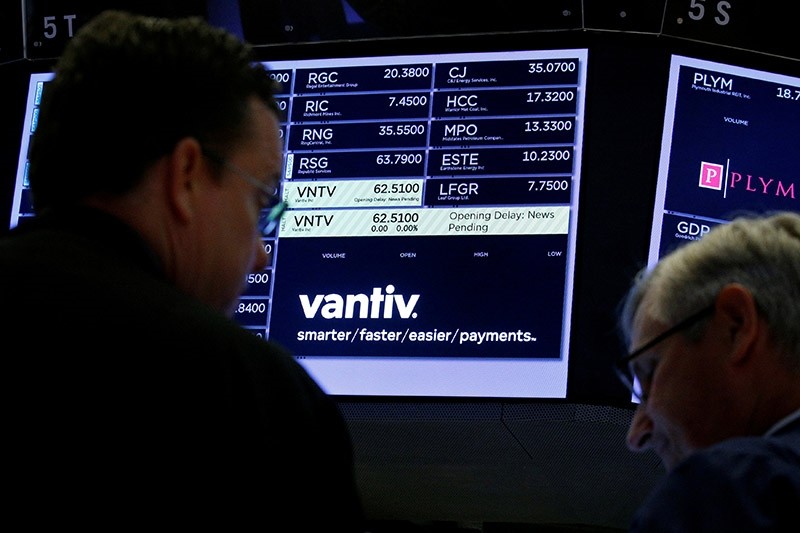 U.S. payments processor Vantiv has agreed to buy British rival WorldPay in an £9.3 billion ($12.1 billion) deal that will create a giant in the sector.

"The boards of directors of Vantiv and Worldpay are pleased to announce that they have reached agreement on the terms of a recommended merger of Worldpay with Vantiv ... in the form of a recommended offer," they said in a statement to the London Stock Exchange.

The announcement, which followed an initial agreement last month, was billed as a merger but will see Vantiv shareholders take a 57 percent stake of the combined group. Worldpay investors will hold 43 percent.

Vantiv, based in Cincinnati, Ohio, will pay 3.97 pounds a share in cash, stock and dividends for Worldpay, 24 percent more than the closing price on July 3, when news of the talks became public.

The takeover will combine Vantiv's U.S.-focused business with WorldPay's operations around the world. The combined group will process about $1.5 trillion of payments annually through over 300 payment methods in 146 countries.

The company will be called Worldpay and will be led by Vantiv Chief Executive Charles Drucker, who will become executive chairman and co-CEO of the new company. WorldPay boss Philip Jansen will be the other co-CEO.

"This is a powerful combination that is strategically compelling for both companies," said Drucker.

"It joins two highly complementary businesses, and will allow us to achieve even more together than either organization could accomplish on its own.

"Our combined company will have unparalleled scale, a comprehensive suite of solutions, and the worldwide reach to make us the payments industry global partner of choice."

Jansen added that the deal would offer "substantial opportunities to capitalize on the rapid evolution of payments".

The deal will "offer more payment solutions to businesses, whether large or small, global or local, enabling them to meet consumers' increasing demands", he added.

Worldpay was formerly owned by Britain's state-rescued Royal Bank of Scotland, which sold off its remaining stake to private equity firms Advent International and Bain Capital in 2013.

The group was then floated on the London stock market in 2015.