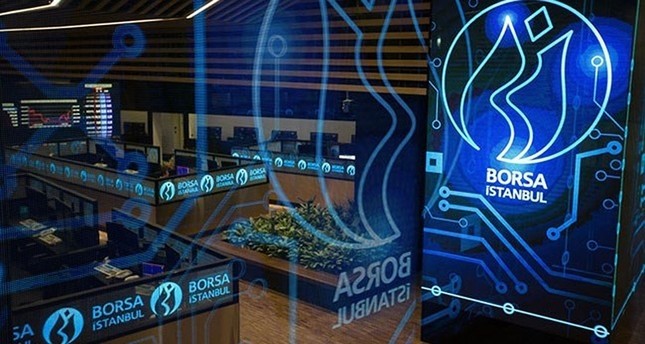 The continuous rise of the Borsa Istanbul's BIST 100 index has been maintained thanks to the companies' well-performing balance-sheets, foreign investors' sustainable interest and the positive outlook of economic recovery

The Borsa Istanbul has exceeded 110,000 points, overcoming obstacles while benefiting from improvement in the economic outlook and foreign investor interest. The BIST 100 index at the Borsa Istanbul has been breaking successive records by exceeding resistance levels regarded as obstacles. It has also seen sales that will stop the technical rise in the ongoing rally process that has been happening since December 2016.

The BIST 100 index, which reached its highest level ever in April, breaking many records up until the end of July, had a good start to August as well. The index, which reached above 110,000 points, is evidence analysts see as strong resistance, and on Tuesday it closed the day at 109,639 points.

BIST 100 doubles yield of many stocks

Since the beginning of the year, the amount of net purchases by foreign investors at the Borsa Istanbul has exceeded TL 6 billion ($1.7 billion), while the BIST 100 index has gained about 40 percent compared to the closing of 2016, doubling the yield of many stock markets around the world.

Among major stock exchanges, the highest value increase so far this year was generated by the Merval in Argentina with 26.8 percent, while the Hang Seng in Hong Kong rose 26.6 percent. The Dow Jones, which set records this year in the U.S., was up 12 percent compared to its 2016 closing. The yield of European stock exchanges ranged from 5 percent to 15 percent in comparison to the previous year's closing while the stock market trade earned an average of 18 percent in South Korea and 13 percent in Brazil.

With investors' confidence in the economic measures taken by the administration and a recovery in the company's balance sheets, the total market value of companies traded on the stock market also reached a record level.

Analysts said that the dollar-based level of 40,000 points is equal to the 141,200 level in lira at the current exchange rate, which is a 29 percent increase compared to the latest close.

Yatırım Research Department Head Baki Atılal told Anadolu Agency (AA) that one should not be deceived by the index's lira-based records, adding that the continuation of the effect of strong incentives, expectation for rapid growth to continue in the second and third quarters and strong sales and profitability of companies will enable the BIST 100 to set the target for the summer at the band of 112,500 to 118,000.

Atılal said that the stock market, which has gained about 40 percent since the beginning of the year, could continue to rise, noting that among the outsourced causes of the positive outlook, U.S. President Donald Trump's failure to realize his promises, the economic recovery in Europe, the success of market friendly parties in the Dutch and French elections, the inflow of capital to emerging countries and increase in global growth expectations have come to the fore.

Atılal further said that the control of the dollar with the support of tightening steps of the Central Bank of the Republic of Turkey (CBRT) and the foreign exchange deposit tranches against lira deposits, rediscount and loan provisions for the banking sector and the introduction of the Credit Guarantee Fund (CGF) have turned investors' outlook positive.

Pointing out that with tax regulations and decreasing risks in Turkey, five-year credit default swaps (CDS) dropped from 293 to 180, Atılal said: "Growth of 5 percent in the first quarter of 2017 is expected to be around 6 percent in the second quarter. Moreover, as it was revealed that the Fed was not in a hurry to raise interest rates, the dollar depreciated in global markets and, accordingly, dollar-lira parity stabilizing at 3.53 levels supported the stock market and expectations."

Atılal said that stock exchanges remain unrivaled on a global scale in an environment in which money inflow continues with the expectation that the Fed will not rush interest rates hikes and a balance sheet reduction for the rest of the year, the European Central Bank's limited possibility to make changes in bond purchase programs or interest rates and growth in developing countries.

Atılal also said that continuation of the CGF effect domestically, the fact that the effect of tax regulations related to appliances and furniture will be seen later in the year, the recovery of EU economies and the decrease in inflation will support the stock market, stressing the Borsa Istanbul still trades at a 30 percent discount in multiples compared to emerging market stock exchanges. This is all shown by "[f]oreign investors' share purchases of $1.8 billion in seven months, the continuing purchases of bonds and the stabilization of dollar-TL parity in the band of 3.51 to 3.55."