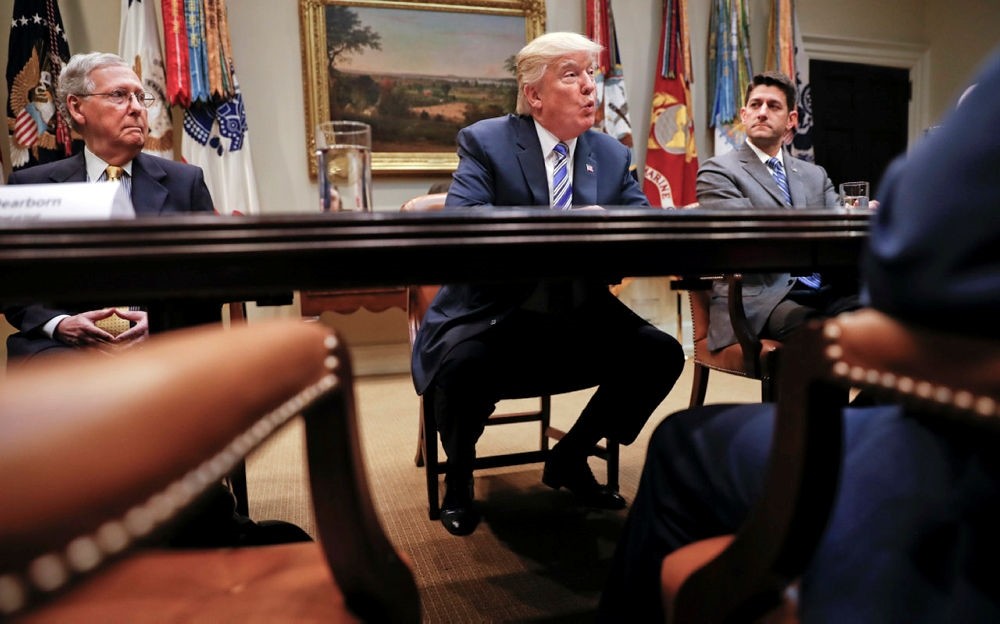 Donald Trump has vented his anger against any number of political opponents on Twitter, but the latest target of US presidential scorn is the Senate leader of his own Republican Party, Mitch McConnell.

The president took to Twitter early Thursday to denounce the Senate majority leader's failure to push through a replacement for his predecessor's health care law, widely known as Obamacare.

"Can you believe that Mitch McConnell, who has screamed Repeal & Replace for 7 years, couldn't get it done. Must Repeal & Replace ObamaCare!" tweeted the president from his retreat at a golf course he owns in New Jersey.

Despite holding a majority in both chambers of congress, the Republican party's months-long effort to dismantle the law that they have railed against since its inception in 2010 ended in a spectacular collapse last month.

Trump had put repealing and replacing Obamacare at the forefront of his presidential campaign, together with building a wall on the Mexican border.

After six months in office, he has no legislative successes to point to, despite the fact that the Republicans control the White Hose, the Senate and the House of Representatives for the first time since 2006.

The party is riven by internal ideological divisions, and Trump's own poll numbers are slumping, reducing his ability to sway members of his own party.

The president's latest outburst was triggered by McConnell's comments that the president lacked experience in office and had set his expectations too high.

"Our new president, of course, has not been in this line of work before," the Kentucky senator said in response to earlier criticism of the failure to scrap Obamacare, officially known as the Affordable Care Act.

"I think he had excessive expectations about how quickly things happen in the democratic process," he said.

Trump shot back on Wednesday, saying, "McConnell said I had 'excessive expectations,' but I don't think so. After 7 years of hearing Repeal & Replace, why not done?"

He then rammed home the point with Thursday's tweet, lambasting the veteran Republican playmaker.

McConnell may have further irked the president by sniping at his penchant for Twitter.

"I've been and I will be again today, not a fan of tweeting and I've said that to him privately," he said. "I think it would be helpful if the President would be a little more on message."