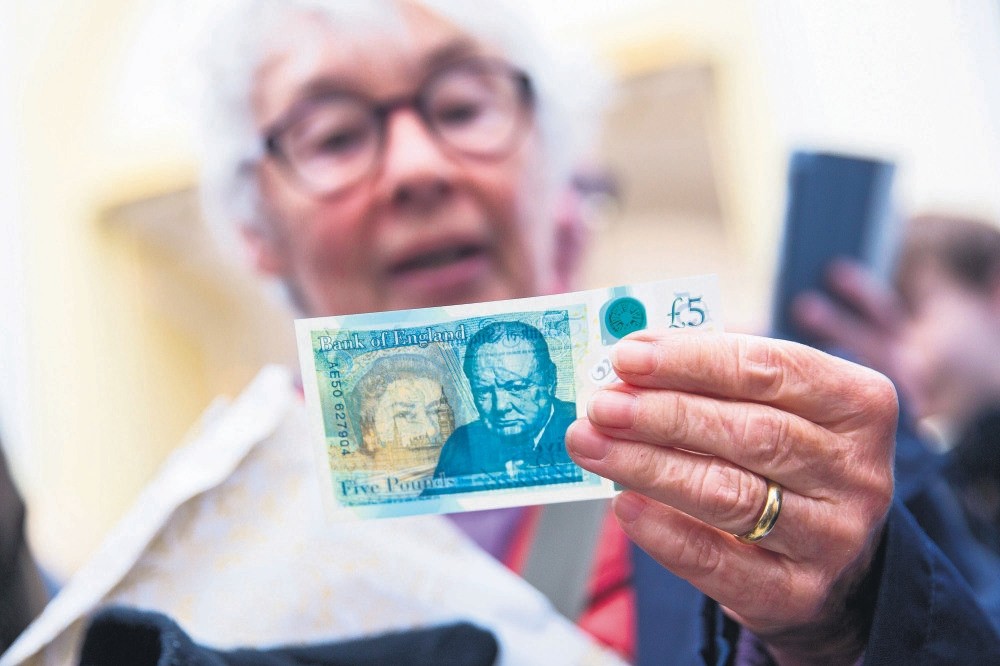 Britain's new plastic bank notes will continue to be made with traces of animal fat despite thousands of complaints from vegetarians and religious groups.

The Bank of England said there were environmental risks to using the alternative, derived from palm oil, and that the government had ruled it too expensive.

The BoE last year launched its first polymer banknotes which it said were more durable and harder to fake. But more than 130,000 people signed an online petition calling on the BoE to stop using animal products in the notes after it emerged that they contained small amounts of tallow - which comes from cows and sheep -- prompting the central bank to launch a consultation.