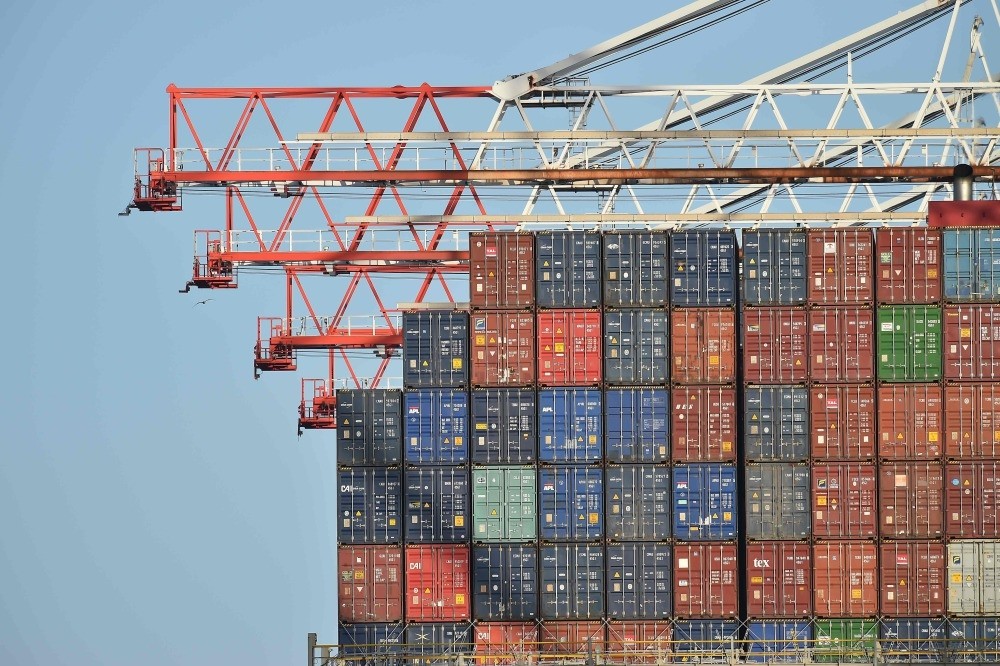 Containers aboard the container ship Benjamin Franklin as it is unloaded at Southampton Container Port, Southampton Docks, Southampton, southern U.K.
by Aug 16, 2017 12:00 am

Britain said yesterday it would seek a "temporary customs union" with the European Union for one or two years after Brexit in an opening gambit for negotiations that got a cold response from Brussels. The government said it would seek to agree a "time-limited period of implementation" after leaving the EU to provide certainty for businesses and allow new customs arrangements to be set up.

The Department for Exiting the EU said Britain wanted to be able to sign free trade agreements with third countries during this period, although these would only be implemented at the end of it. Brexit minister David Davis told BBC radio that the transition period could last "something like two years" and would have to be over by the time of the next general election, which is set for 2022. The proposal was welcomed by the Confederation of British Industry, Britain's big business lobby, but opposition parties dismissed it as "fantasy".

The European Commission, the EU's executive arm, said it would "take note" of the proposals but would not negotiate on the future relationship with Britain before other issues are resolved.

"'Frictionless trade' is not possible outside the single market and customs union," it said in a statement. Britain says its membership of the EU customs union, which currently allows for the tariff-free movement of goods, will end along with its membership of the single market when it leaves the bloc in March 2019. After that "one possible approach would be a temporary customs union between the UK and the EU," the Brexit ministry said in a statement, ahead of the publication of the full paper later yesterday. Experts have warned it will be extremely difficult to negotiate a new EU-UK free trade agreement before Britain leaves the bloc - particularly as Brussels has so far refused even to start trade talks. It says there must be broad agreement first on three key issues - Britain's financial settlement, the issue of expatriate rights, and the question of the border between British-controlled Northern Ireland and Ireland. Asked about the divorce bill yesterday, Davis said that Britain would meet "any real international obligations" but added that "there won't be a number by October or November". Britain will publish its proposals on the Northern Ireland border issue today, ahead of the third round of Brexit negotiations in Brussels at the end of the month.

"The clock is ticking and what matters now is giving companies the confidence to continue investing as quickly as possible," he said. But opposition Labour lawmaker Chris Leslie, from the campaign group Open Britain, said the proposal represented "wishful thinking of the highest order".

"It is a fantasy to pretend we can have the freest and most frictionless trade possible with our largest partner when the government remain intent on pulling Britain out of the customs union," he said.

The Liberal Democrats, a minor opposition party that wants a second referendum that could allow Britain to stay in the EU, said the proposal for an interim arrangement "will only delay the economic pain caused by leaving the customs union".