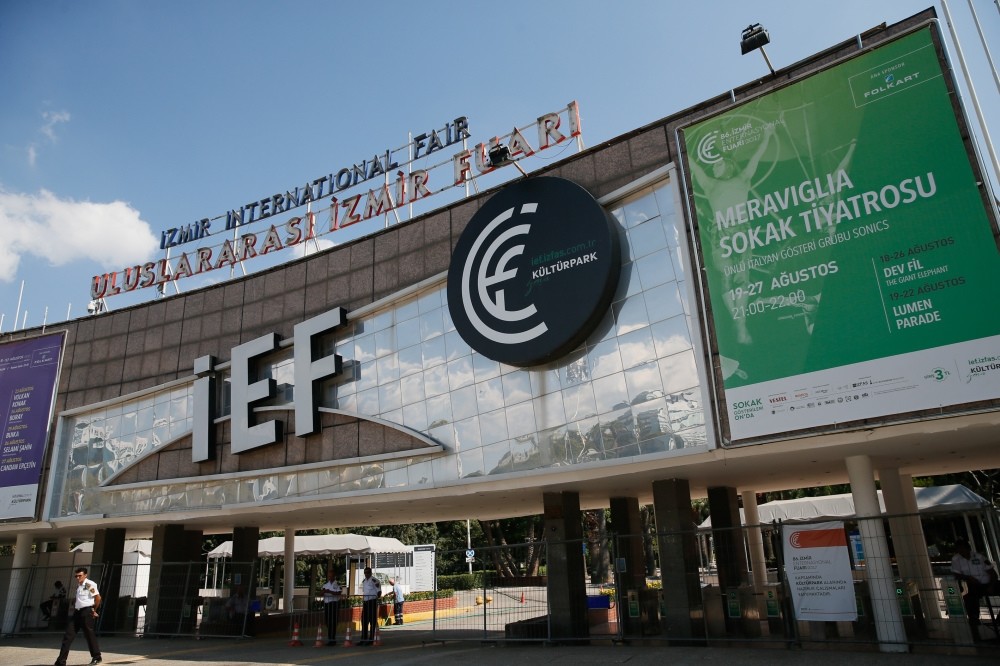 Considered one of the oldest fairs in the world, the İzmir International Fair is expected to provide a platform for discussions and resolutions to problems in Turkish-Russian economic ties by bringing business figures and politicians from both countrıes together

Russia will leave its mark on the 86th meeting of the İzmir International Fair (IIF) as the partner country. According to information gathered by the Anadolu Agency (AA), the IIF, which will be organized by the İzmir Metropolitan Municipality Fair Organization Company (İZFAŞ) under the auspices of the Economy Ministry, will take place at Kültürpark (Culture Park) from Aug. 18 to Aug. 27.

Tatarstan President Rustam Minnikhanov and 12 ministries from 23 countries will be hosted at the fair, which will be held under the main theme of energy.

Partner country Russia will participate in the fair with a very large delegation of both ministers and company representatives. The 241-person Russian delegation will include three ministers. This will be the first time a partner country will set up a 1,100-square meter (11,840-square feet) stand.

Five cooperation sessions will be held between Turkey and Russia on the topics of energy, industry, contracting, special economic zones and tourism.

The tourism cooperation session, which is planned as a round table meeting, will be organized as a forum due to high demand.

The tomato crisis with Russia will also be discussed while officials from the Stavropol region carry out examinations of agricultural fields in Turkey.

In addition to bilateral talks, the Russian delegation will give presentations to promote the country at its booth.

The Science, Industry and Technology Ministry and Customs and Trade Ministry will also have booths at the fair.

There is an increase in cultural and artistic activities compared to last year at the fair, where concerts, theaters and street shows will take place.

The Atatürk Open-Air Theater will host "Alice in Wonderland" this year. Tickets for this show are already sold out.

Italian show group Sonics, Meraviglia Street Theater, will be one of the street shows at the fair.

The entrance fees for adults will be TL 3 ($0.85) with an İzmirim Kart and TL 2 for students while the disabled, their companions, veterans and their relatives and martyr families will have free entry.

The foundations of the IIF were laid at the İzmir Economy Congress, which gathered soon after the War of Independence. The fair, based on the idea of ​​exhibiting domestic products, has been held annually since 1927, except for interruptions during the World Economic Depression and World War II.

The fair gradually increased its importance in the international arena after the World War II. While the fairs held in the 1960s and 1970s witnessed competition between the U.S. and the Soviet Union, Germany and the U.K. showed off strength with the automobiles they produced.

The fair, where space technologies such as Apollo and the MIR Space Station and new car technologies were displayed, is also where the products such as washing machines and televisions were first introduced to Turkey.

Coinciding with the harvest, the fair was the meeting point of Anatolian people. For this reason, it had commercial as well as cultural aspects. Especially in the 1960s and 1970s, fair nightclubs were the platforms where many artists gained or increased their reputation.

The mobility in fair nightclubs continued until the mid-1990s. Afterward, audience's preferred to watch their favorite artists on television after the establishment and spread of private television channels and the increase in prices at nightclubs reduced the concert activity at the İzmir fair.

Having maintained its vitality with the fair quotas given to companies that wanted to import during the closed economy period, the IIF lost its effectiveness in the 1990s due to the globalization of world economies, the beginning of the removal of trade barriers between countries and the fact that companies, rather than countries, rose to prominence.

With the collapse of the Soviet Union, the ongoing competition with the U.S. ended, too. Country pavilions came to be replaced by company booths.

The İzmir fair continued its activities in sectors based on domestic consumption such as food, furniture and automobiles, but it has lagged behind specialized fairs in foreign trade. The IIF is a general trade fair that has produced 10 special exhibitions. Among them, MARBLE International Natural Stone and Technologies and IF Wedding Bridal Dress, Groom's Suit and Accessories fairs have gained international recognition.