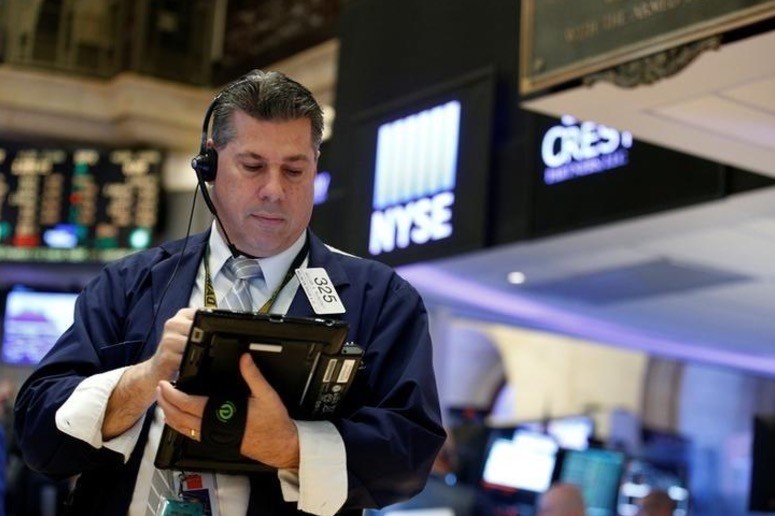 U.S stocks sold off on Thursday, with the S&P 500 hitting its lowest level in a month, as escalating worries about the Trump administration's ability to push through its agenda rattled investors.

Later in the day, the S&P 500 posted biggest single-day percentage decline in three months, which marks the lowest close since July 11.

A White House official later said Cohn intends to remain in his position, but after a short respite, the market continued to sell off and was at session lows in late afternoon trading.

The speculation came a day after Trump disbanded two business councils, with several chief executives quitting in protest over his remarks on white nationalists.

"When you're at these valuations levels in a lot of these names, it doesn't take much. Anything can be an excuse," he said.

Investors also appeared to be losing faith in the administration's ability to move forward on its agenda.

"Continued problems with Republican leadership, inability to get anything done, and this latest wedge being driven between the president and Congress. Not helpful," he said.

Also weighing on the market, shares of Dow components Cisco System fell 4.5 percent a day after its results, while Wal-Mart was down 1.8 percent after the retailer reported a drop in margins due to continued price cuts and e-commerce investments.

The market also remained on edge after a Daesh terrorist attack in Barcelona. Catalan authorities said 12 people lost their lives and 80 others were injured in the attack.

Declining issues outnumbered advancing ones on the NYSE by a 3.66-to-1 ratio; on Nasdaq, a 3.24-to-1 ratio favored decliners.